Because I am quintessentially thuppahi, that is, of mixed ethnic-stock, thus low, inferior, mongrel, pariah in the Asian scheme of things. Moreover, by stressing this dimension of my bloodlines as well as my socio-political background I can confront, challenge and undermine the thinking of those who are attached to notions of caste distinction and/or “racial” superiority. As I have shown in People Inbetween (1989, Sarvodaya), in British Ceylon imported racial theories of a supposedly scientific kind fused with locally prevalent caste theories against admixture to set up exclusivist lines of differentiation.

In adopting this label here I am inspired by American example: remember that Black Americans started undermining the disparaging vocabulary of the Whites when they began to refer to themselves as “Niggers” [while yet confronting those Others who directed the term pejoratively at them].

I have never been called a kāberi to my face; nor ever been called a tuppahiyā or kärapottā by those who mistakenly assumed me to be Burgher because of my surname. Perhaps this may have been due to the fact that I never had a fight during my school days.

My exposure to this terminology began with the researches that led to People Inbetween. The Burghers and the Middle Class in the Transformations within Sri Lanka, 1790s-1960s (Ratmalana: Sarvodaya Book Publishing Services, 1989) Many people assume that this book is a history of the Burghers. Wrong. It is a social history of the emergence of the middle class in the British period of Lanka’s history and an exposition of the hegemony secured by the primate city of Colombo in the island’s socio-political dispensation. Since the Burghers were the vanguard of the Ceylonese middle class in the nineteenth century and made up seven per cent of the city’s population as late as 1921 they figure in the story in a central manner. After all, they were among the earliest Ceylonese nationalists and also dominated the sporting nationalist challenges to White supremacy on the cricket field from the 1880s.

Yet, in the twentieth century the Burghers were also subject to disparagement on occasions as kärapotu lansi or para lansi and, even, though perhaps more rarely, as tuppahi. How come? My first chapter, entitled “Pejorative Phrases: The Anti-Colonial Response and Sinhala Perceptions of the Self through Images of the Burghers,” addresses this issue. This chapter is deliberately placed before the “Introduction” which is Chapter Two because, in that way, I signal the fact that the principle themes that I have outlined above feature in the rest of the book. In contrast the chapter on “Pejorative Phrases” serves as a backdrop that conveys implications for contemporary times, while revealing deep patterns of sentiment that span several centuries. In brief, my argument therein is that long-standing [in the sense “continuously reproduced”] caste values opposed to mixture coalesced in British times with new Western intellectual currents of racist thought that also looked down upon mixtures of “race.”

Some of the material in the chapter, ”Pejorative Phrases,” was derived from anecdotal data collected in the post-1948 era and from my investigations in the 1980s. So I was casting the net backwards from such material, while merging the implications of these findings with information from both the British period and the pre-British periods.

That was how “tuppahi” and its associations were filled out and developed into the argument that caste and racial prejudices became fused in the context of anti-colonial nationalist emotions. But wait: you will still be puzzled and want to know “what does tuppahi mean?”

Well, as employed in the nineteenth century, it meant (a) the Burghers, and particularly the Portuguese Burghers; (b) the outcastes and/or specific outcastes such as the Rodi; and (3) the interpreters, for example those with the genitive vamsa name tuppahigē.

It was not a pure Sinhala word in origin. There are a numerous, interesting theories as to its etymological roots. As far as I could work out, it entered the Sinhala language through the impact of the Portuguese empire. There, in the sea lanes of the Indian Ocean in the sixteenth and seventeenth centuries, the terms Topaz, or its variants Tupasses and Tupaz (all plural forms), emerged as a label for (1) Asian converts to Christianity; and/or (2) those descended from liaisons between Asians or Africans and Portuguese – that is for those also who were also called Mestizos and “half-castes.”

Having stepped backwards in time from the nineteenth century, let me now reverse gear and jump forward into the mid-twentieth century. There, in the heat of political ferment associated with the surge of a Sinhala linguistic nationalism that effected a political transformation in 1956, such demagogues as Philip Gunawardena and WS Karunaratne wielded the epithet tuppahi powerfully to damn the Westernised English-speaking elites. It became a synonym for brown sahibs implicated as collaborators with the Western imperial order and its major sword, namely, good English. This gave the term a socialist edge. It was a tool in the attack on class privilege by those underprivileged or those elites stirring populist support.

But my point remains. Tuppahi has hues of caste and racist thinking that also brought it into line with indigenist fervour. This is where my material from the currents of Sinhalese nationalism in the late nineteenth and early twentieth centuries is revealing … starkly revelatory in fact.

Thus on one occasion in 1892 the ardent nationalist, Anagarika Dharmapala, railed against the “hybrids and bastards of Sinhalese, who have become traitors to the country [and were] honoured with Christian names, given ranks and made leaders of society [during Dutch times].”[1] Dharmapala’s thinking captivated one Pedrick de Silva, a Govigama from a coastal village between Colombo and Galle. He became Dharmapala’s protege, changed his name to Piyadasa Sirisena and took to a career of journalist, author, poet and public orator (1875-1946). Sirisena, I emphasise here, was also an activist on the platforms of the temperance movement, the Ceylon National Congress and the Lanka Maha Jana Sabha in the first three decades of the twentieth century.

“Pejorative Phrases” is partly based on the analysis of Sirisena’s first three novels. Three nationalist themes can be said to permeate his works: a critique of the Sinhala people who had become Christians, a critique of the Westernised Sinhalese, and an emphasis on the greatness and purity of the Sinhala civilisation in the past.[2] It is through his novels that I came to the theory that caste and racist ideologies opposed to the mixing of blood was one facet of Sinhalese political thought in this period.

This emphasis was bolstered by the influence of Buddhist philosophical leanings in favour of Stability and Order. Thus I argue that Sirisena’s pet dislikes add up to the following equation: mixed bloods = unclean = unstable and fickle = disordered. In contrast, to be Arya Sinhala was to be pure (pirisidu) and to be the epitome of Virtue, Stability and Order. As set out in vertical columns, the picture is thus:

Thus, in many of the plots in Sirisena’s novels it is these virtues of the Sinhala people that were endangered. The spread of foreign power (paradēsingē balaya) was the source of this danger, a danger so enormous that the total disappearance of the Sinhala jātiya could not be ruled out.[4] In this perception, the Burghers were at the vanguard of this threat: themselves mixed and therefore low on the one hand and, on the other hand, a corrupting force drawing Sinhala youth into their degenerate lifeways.

That, then, is the reason why I wear tuppahi on shirt and forehead as shield and counter-weapon. Burgher I am not; but a person of great mix on both paternal and maternal sides, kāberi with liquorice-all-sorts and god-knows-what in my pedigree, I am. Yes, sankara and tuppahi I definitely am.

[2] This summary is based on a reading of his first thee novels, two of his subsequent novels and a conversation with BKA Wickramasinghe of the Sinhala department, Colombo University. Wicktramasinghe has one chapter on Sirisena in his Samskrtika Sangattana: Sinhala Navakatāvē Mukya Tēmāva , Kelaniya: Ph.d dissertation, 1976 [Cultural struggles: The Major Theme in the Modern Sinhala Novel].

[3] This term can also be transliterated as isamkara [I have senn it so transcribed in Indian literature].. 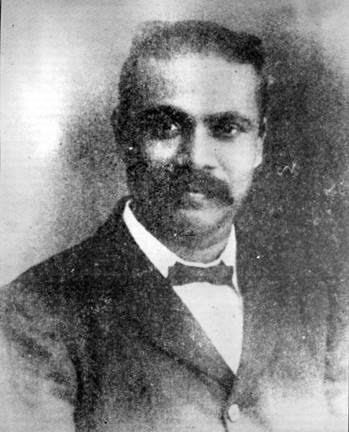 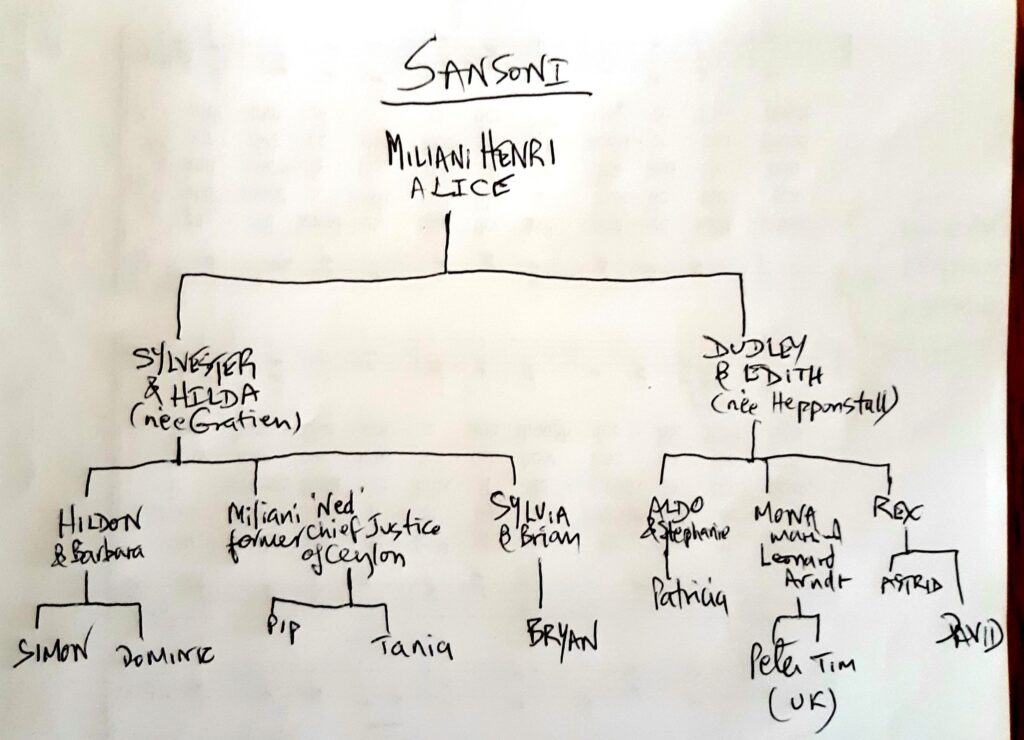 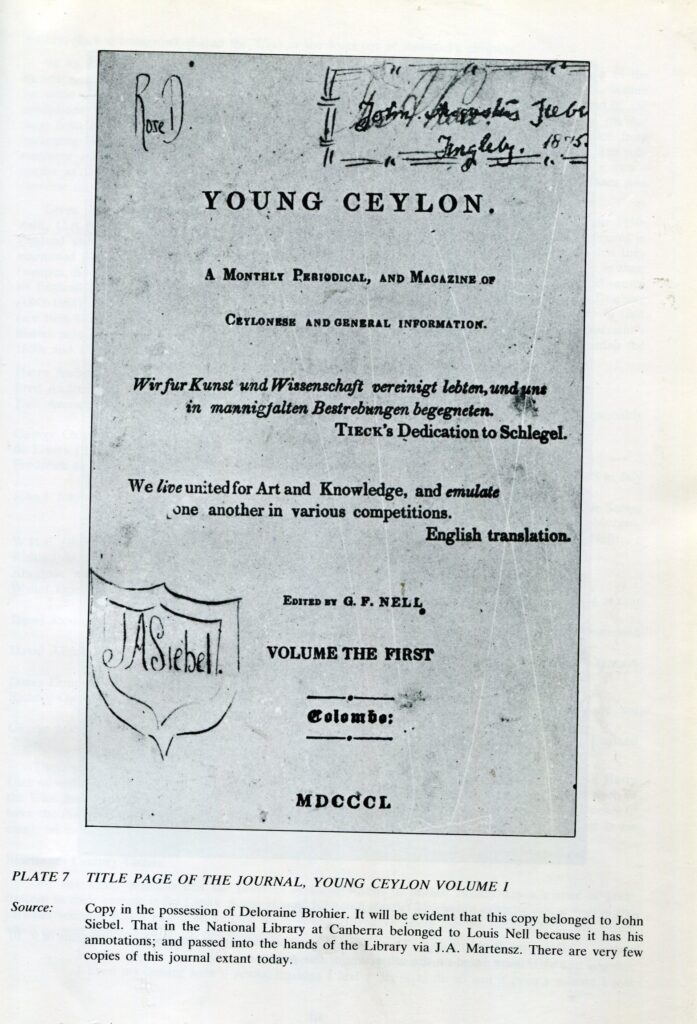