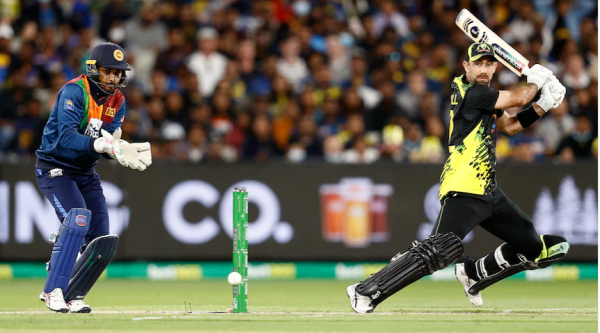 Glenn Maxwell top-scored again with 48 off 39 balls as Australia went 4-0 up in the five-match series against Sri Lanka. (Getty Images: Darrian Traynor)

Josh Inglis has continued an impressive start to his international career, powering Australia to a fourth-straight Twenty20 victory over Sri Lanka The West Australian has looked at ease since debuting at the start of the five-match series and Friday night’s six-wicket win was no exception.

Chasing Sri Lanka’s mediocre total of 8-139, Inglis and Maxwell (48 not out) put on a match-winning 71-run stand for the fourth-wicket after Australia’s top-three failed to fire.

Maxwell brought up the winning runs with 11 balls to spare, with Australia now eyeing a clean-sweep in Sunday’s series finale.

Inglis was in sight of his maiden international 50, but was out for 40 after edging to Dinesh Chandimal behind the stumps. A recognised wicketkeeper, Inglis has come into Australia’s team as a batter only with veteran Matthew Wade hanging onto the gloves.

But his blazing knock of 40 from just 20 balls at number five will give Australian selectors plenty to ponder ahead of the T20 World Cup defence in October.

The result would have left the majority of the 13,175 people at the ground disappointed, with Sri Lankan fans packing out the Ponsford Stand.

The attendance was the biggest for this series but the lowest ever recorded for a T20 international at the MCG. 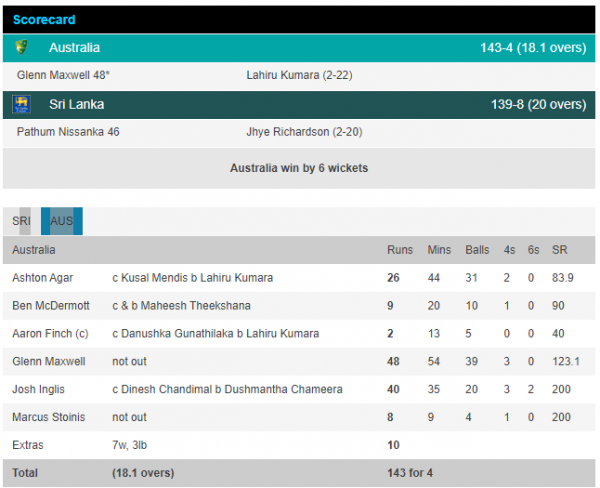 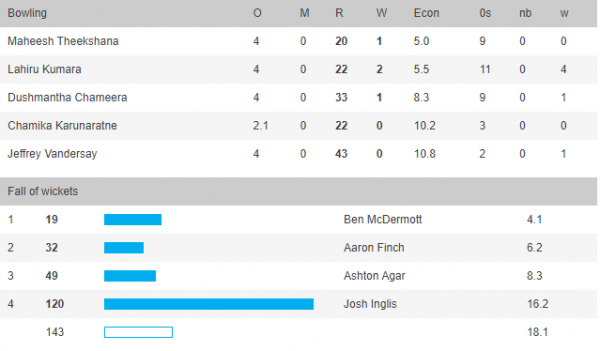 Finch, one of Australia’s greatest white-ball openers, batted at number three for the second-straight match.

McDermott was out for just nine, while Agar struggled to build any momentum with his hitting and made a sluggish 26 from 31 balls.

Sri Lankan opener Pathum Nissanka looked the man most likely in their innings but could never fully blaze away during his knock of 46 from 40 balls. 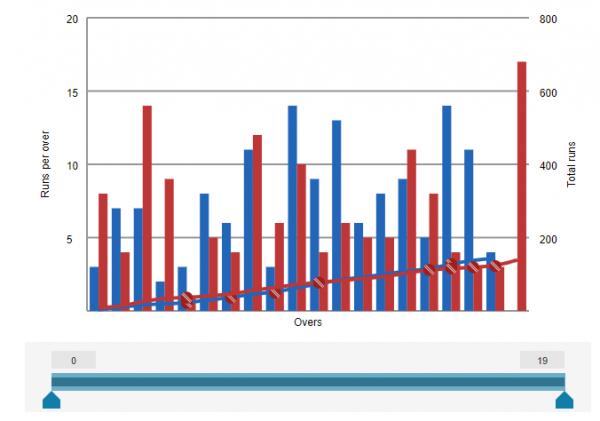 Richardson came in for his first game for Australia since the second Test of the Ashes in December, with star quicks Mitchell Starc and Josh Hazlewood resting before the tour of Pakistan.