The Nadesalingam family became known as “the Biloela family” as they fought to stay in Australia.(Australian Story: Robert Koenig-Luck)

Supporters of a central Queensland Tamil asylum seeker family say they are hopeful the family are just weeks away from returning home.

Labor promised during the campaign that if it won the election the Nadesalingam family would be allowed to return home to Biloela.

Family friend Angela Fredericks said there was “so much relief” among the Home2Bilo campaigners after Labor’s election win.

“I honestly don’t think I can find the words to explain it,” Ms Fredericks said.

“There is so much excitement, so much relief and exuberance. It has all been worth it.

“I think at the end of the day we have shown Australia that love, and humanity can win and community can win.”

Just over four years ago the Nadesalingam family, also known as the Murugappan family, were removed from their home in Biloela by immigration officials after Priya’s visa had expired and Nadesalingam’s refugee status claim was rejected by the government.

Priya and Nades came to Australia separately by boat in 2012 and 2013 after fleeing worn-torn Sri Lanka and are considered “irregular maritime arrivals” under the Migration Act.

They were granted bridging visas while their cases were assessed and settled in Biloela, where they married and had their first child, Kopika, in 2015. Their second daughter Tharnicaa was born in 2017.

In 2018 they were taken to immigration detention in Melbourne and in August 2019, a late-night injunction stopped the family from being deported from Australia.

They were taken instead to Christmas Island and are now in community detention in Perth.

The family has been fighting a long legal battle to remain in Australia and had a legal win earlier this year when the Federal Circuit Court found the federal government’s decision to prevent three members of the family from applying for further bridging visas was “procedurally unfair”. 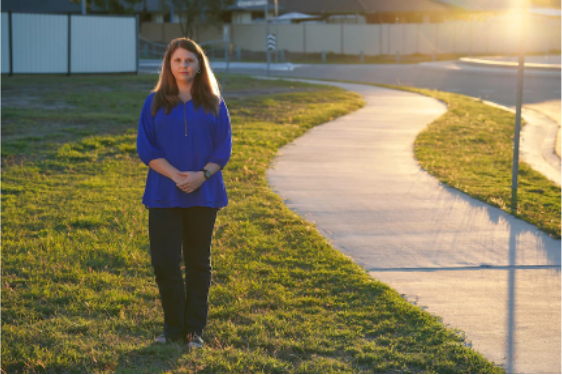 Angela Fredericks has spearheaded the Home to Biloela campaign to support her friends.(Australian Story: Marc Smith)

Ms Fredericks said Priya knew about the election results, but Nades was working overnight and did not.

“Priya is just so excited,” she said.

“She said earlier this evening, she was just praying and crying and was putting everything into this.

“For her to know that not only she is safe, but her family is safe, that is all she has ever wanted.”

During the campaign, Anthony Albanese said Labor would allow the family to return to Biloela, but the Coalition made no such commitment. 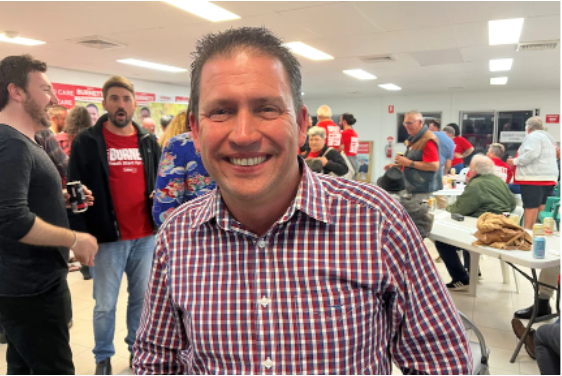 Matt Burnett says because of his party’s win nationally, the Nadesalingam family will be coming home to Biloela. (ABC Capricornia: Tobi Loftus)

On Saturday night, Labor’s (most likely unsuccessful) candidate for Flynn, Gladstone Mayor Matt Burnett, used a speech to party faithful to tell them bringing the family back to Biloela was “the most important” move the new government would make.

He said even if Labor did not form majority government, the so-called teal independents also supported the family returning to Biloela.

“We are going to bring the Murugappan family home to Biloela,” Mr Burnett said.

Hopeful of return in coming weeks

Ms Fredericks said it would be “a dream come true” if the family were on a plane home next weekend.

“But we understand we have to be patient, for ministers to be signed in,” she said.

“Knowing that light that we have been waiting for is right there, we are all at peace.”

She said she knew exactly what she would do with the family when they returned to Biloela.

“I have absolutely promised the girls we will be going to the park,” Ms Fredericks said.

“That will be one of the priorities. And then honestly, it’s going to be a whole lot of hugging, and reconnecting.

“There are a whole lot of people here who have not seen them for four years.”