There are still 4,019 days to go, but south-east Queenslanders are waking up to an Olympic buzz this morning, after Brisbane was announced as the host for the 2032 Games.

After six years of planning by Queensland authorities, the International Olympic Committee (IOC) delegates backed the river city to host the Games, with 72 votes to five.

Not bad for a city of just 2.56 million people.

IOC president Thomas Bach said it was the Australians’ passion and love for sport that really brought the bid over the edge.

“The Aussies really demonstrate it … you could feel it during the whole presentation, I could feel it even in my visit a couple of years ago to Queensland,” Mr Bach said.

“Second, it is a project which is absolutely in line with the IOC reforms — it’s a project of a sustainable Games in every respect.”

Premier Annastacia Palaszczuk said earning the sporting spectacle was something the city and state aspired to, but never thought possible.

“But under the Olympics ‘New Norm’ we have over 80 per cent of our venues, we have cooperation with all three levels of government and we have agreements to do the infrastructure that is already needed for our city, which will complement the Games,” the Premier said.

“We’re a sports-loving state and this will give us, I believe our golden age, in Queensland, so we’re very excited, we’re over the moon and we’re absolutely honoured.”

The Premier told ABC Radio Brisbane this morning she was still sporting the “biggest smile you could possibly imagine”.

“We have the world’s biggest event and it’s coming to our town,” she said.

“I am just over the moon. It’s phenomenal. Never in my lifetime did I think this would actually happen.

“I hope everyone is smiling.

“Everyone should have the day off.”

BRISBANE 2032 ELECTED AS HOST OF THE GAMES OF THE XXXV OLYMPIAD!

Prime Minister Scott Morrison told 4BC the 2032 Games will be a time “for the whole nation to shine”.

“It means that boys and girls right across the country can be looking forward right now,” Mr Morrison said.

“If they’re out in the pool this morning or doing little athletics this weekend, they know in 2032 they can be competing in an Olympic Games in their own country and that is just so exciting.”

Australian Olympic Committee CEO Matt Carroll said it had been working on the bid with the Queensland state government, the Council of Mayors (SEQ) and the Commonwealth for years.

“When you think about getting all those levels of government to work together to achieve an aim, [I] probably think the Olympic Games is about the only event that could do it, and it has been done, and it’s a great tribute to them,” Mr Carroll said.

He said the Games presented a host of opportunities of the south-east region. If at first you don’t succeed, try, try again 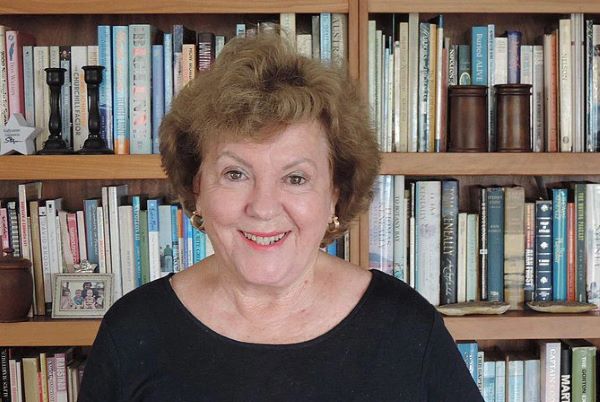 Sallyanne Atkinson was Lord Mayor when Brisbane last made a bid.(Supplied: Wikimedia Commons)

Back in 1986, then lord mayor Sallyanne Atkinson put the city forward to host the 1992 Games.

The dream was dashed by Barcelona, with Brisbane coming in third in the vote to earn the hosting rights.

Last night, the former lord mayor joined celebrations at South Bank as Mr Bach read out “the Games of the 35th Olympiad are awarded to Brisbane, Australia”.

“I was going to jump into the river, if it was not a yes for Brisbane,” Ms Atkinson said.

Thankfully, she didn’t have to.

Natalie Cook, famously known for her gold medal-winning performance in beach volleyball at the Sydney 2000 Olympic Games, was emotional upon hearing the announcement.

“You little beauty!” said Cook, who is now president of Queensland’s Olympic Council.

“Whether you laugh, cry … joy … it really feels like winning an Olympic Gold medal — where there’s an emotional cocktail going on, there’s a bit of relief, there was the excitement, there was nervousness. 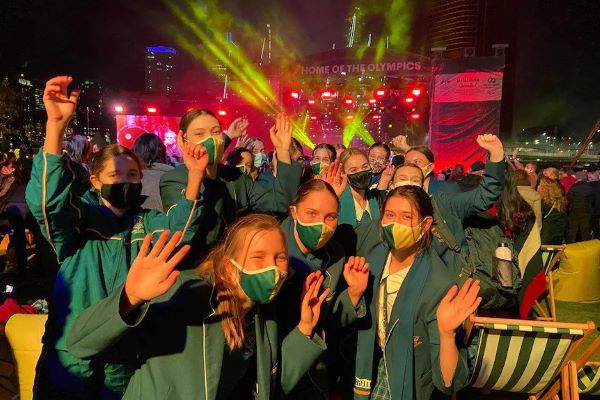 “But so proud of city, our state, our country, the collaboration and what it means for our Olympic athletes not only now in Tokyo, but the future generation who was out there tonight.”

“There are so many people that have worked on this process.”

Australia’s chef de mission of the 2020 and 2022 Paralympic Teams, Kate McLoughlin, said Wednesday’s announcement will have lasting effects for young people with disabilities.

“How amazing that a generation of young athletes with disabilities can now aspire to become a Paralympian at home [and] that Australians of all abilities can have the opportunity to experience the power of the Paralympics movement on home soil,” she said. The 2018 event was the closest the Olympic gold-medallist ever got to competing at one of the highest levels in his home state.

“I am so stoked, for all of the kids — what a spark this is going to provide, to hockey and sport in the country and for that generation of kids coming through,” Knowles said.

“I think it means there’s a real vision, sometimes you know that the Olympics are there every four years, but to have a home Games is something that athletes will only ever have once in their career and so many athletes that we know never get a chance.” 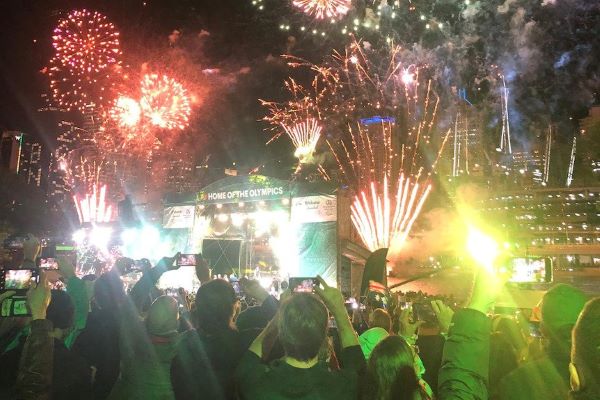 Fireworks erupt over Brisbane after the city is announced as the 2032 Olympic Games host.(