When I was writing my weekly column on the Observer-SLT School Cricketers, there came the shocking news – the death of a sports news legend.

He passed away on Thursday at the age of 80. He played a leading role in the Observer Schoolboy Cricketer since its inception in1979.

His remains lie at AF Raymond Funeral parlour from this evening and the cremation at the Anglican Section, Borella Kanatte tomorrow (11) at 4 pm.

Former Sunday Observer journalist the late Leslie Fernando too did a commendable job to promote the Observer Schoolboy Cricketer contest during my first tenure as the Editor-in-Chief from 2006. In fact, AC and Leslie provided the ideal combination in taking the Observer Schoolboy Cricketer Mega Show forward. Though both of them are not among us today, their valuable contributions will go down in history as great promoters of sport.

Every school has their own big match heroes, when we go through the schools cricket history. All of them enjoy their glory after their school careers and proudly take that pride to world level.

Ex-Sri Lanka captain and former ICC Match Referee Roshan Mahanama is one such hero who has contributed to the game lavishly. He made his mark when he was playing for Nalanda.

He went on to become a classic example to all young cricketers aspiring to reach the top in the game.

Mahanama strongly believes that there should be a balance in the number of matches a school team has to play during a season if the quality of the game is to be maintained.

“We need to give opportunities to outstation teams but that should not be done at the expense of the quality of the game,” Mahanama said in a recent interview.

Speaking further, the former Nalanda captain said that the country’s first and the premier school cricket Awards – Observer Schoolboy Cricketer of the Year, has always motivated schoolboy cricketers as they look forward to being rewarded at the end of each season for their hard work.

“Award ceremonies of this magnitude have motivated us as emerging cricketers. It is always a great inspiration when you know that your achievements are being recognized at the end of the season,” he said.

Recalling the golden moments of his school career, Mahanama said his crowning moments as the ‘Observer Schoolboy Cricketer of the Year’ in successive years – 1983 and 1984, was a major milestone in his career.

“To emerge as the best schoolboy cricketer and be honoured for the hard work at the end of the season was a great encouragement. I was privileged to receive this award as it was one of my childhood dreams,” he said. 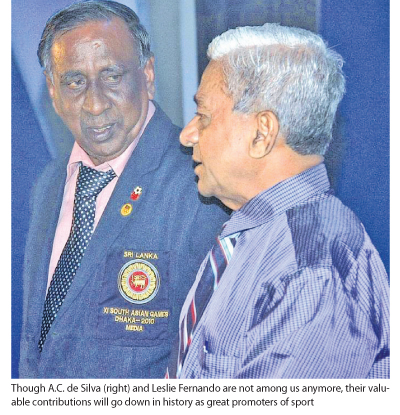 “There were packed stadiums in almost all our inter-school games from the days Bandula Warnapura was playing. It was a great passion and all of us enjoyed that very much. Our school authorities too encouraged the boys to watch matches,” he added.

“Present day school cricketers must keep in mind that there are no shortcuts to reach the pinnacle. Schoolboy cricketers should be willing to make sacrifices rather than looking for short cuts for success. Young schoolboy cricketers, on the other hand, must have a genuine willingness and desire to work towards their targets with dedication. They must always remember that there are no shortcuts for success,” said Mahanama.

“I had played for Nalanda for five seasons but we had only a couple of overseas tours for the entire period. In contrast, the present day players get more and more opportunities. I wonder whether the players are making full use of these tours,” he queried. Recalling his days as a schoolboy cricketer at Nalanda College, Mahanama said that it was a great feeling to have their names on the fixture card.

“Even the old boys made it a point to skip all other engagements to watch their school team in action. It was a great honour to see our names in the fixture card – first as a player, then as a coloursman and later as vice-captain or captain,” Mahanama said.

Mahanama first won the ‘Observer Schoolboy Cricketer of the Year’ title in 1983 scoring a rich harvest of runs. He continued to let his willow do the talking in the following year too and his superb form won him the title for the second successive year in 1984.

Mahanama urged schoolboy cricketers to work hard to achieve their targets in a disciplined manner, maintaining the high traditions of the game – instead of being ‘remote-controlled’.

“Most importantly, we were taught to respect the game, its culture and to follow team ethics. Even the coaches and masters in charge during our time conducted themselves in an exemplary manner to earn respect. We also had the highest respect and regard for umpires,” he said.

He pointed out that deteriorating standards in school cricket has prevented youngsters from directly marching into the national team like in the past.

“In the past a player such as Ranjan Madugalle earned his place in the national squad directly from school level. Unfortunately, we do not often find consistent players in school cricket, ready to face that challenge,” he said.

“To be adjudged the best schoolboy cricketer and be honoured for the hard work during the season was a great encouragement. I was privileged to achieve it as one of my dreams,” he said. He reiterated that there should be a balance in the number of matches a school team has to play during a season if the quality of the game is to be maintained.

During that innings he was associated in a record partnership of 576 runs with Sanath Jayasuriya (340) at the Premadasa Stadium in Colombo that eventually helped Sri Lanka record the highest team total in a Test.

Interestingly, he made a half century in his last Test for Sri Lanka – against South Africa at Centurion Park in 1998.

Mahanama played in 213 One Day Internationals for Sri Lanka to enjoy an aggregate of 5,162 runs with four centuries and 35 half centuries.