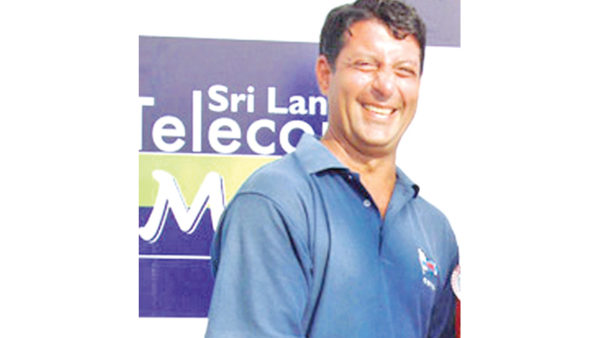 Another famous Sri Lankan Sailor is now at rest.

I have just received the sad news from my good friend Victor Melder, and decided that all our eLanka readers deserve to know about this “Sailing Legend” who has now passed-on after doing what he loved to do. Sincere condolences go out to his family & all his many friends & fans in Sri Lanka. Here is yet another “Burgher” that we should be very proud of. God bless you, Jeremy, and may the Oceans of this journey be the calmest that you have ever experienced.

Jeremy Bolling, the eldest of the famous swimming brothers of Royal College, Colombo died on Wednesday after a prolonged illness.

Jeremy and his brothers David and Julian were outstanding swimmers at Royal College setting up several records at local and International swimming meets with the youngest Julian being the most famous winning several gold medals at the South Asian Games. After his swimming career Jeremy took part in sailing in local and international events.

Jeremy was the son of well known swimmer and coach Tara Bolling and the grandson of former Sri Lanka Cricket Captain the legendary Derrick de Saram. His cousin Deepika Chanmugam also was a reputed swimmer who won several gold medals at the 1991 South Asian Games in Colombo.

Another cousin of his Malik Samarasinghe represented Royal College at cricket in 1982 and 1983.

his funeral will take place at the General Cemetery Kanatte today at 4 pm with the cortege leaving his residence ‘The octagon’ 86/4 Kumaragewatte Road, Pelawatte at 3.p.m.