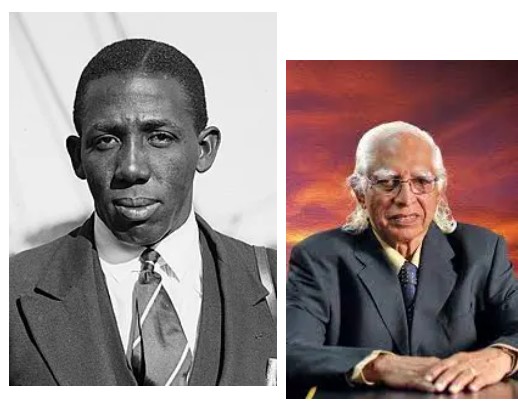 Sir Learie Constantine was truly a legend. He was invited by Sri Lanka Cricket Board to coach in Sri Lanka in early 1953. Before that, the New Zealander C.T. Badcock was coaching and Sri Lanka was inviting foreign coaches with a view to improving the standard of cricket in the country.

The arrival of Learie Constantine was like a breath of fresh air. He brought to us the West Indian style of cricket and he to a large extent encouraged the natural talents of his wards and allowed them to improve their game in the way they knew best. That was his greatness.

His coaching was confined largely to Colombo, and Kandy. He first coached in Colombo for a month or two, but the Cricket Board selected a squad of 20 players from among the up-and-coming youth to be coached by him. They had regular practices at the SSC and other locations, and Constantine was always there. He himself was over 50 at that time, and so he did not really take an active part in playing, although he did demonstrate occasionally both batting and bowling.

The Gopalan Trophy against Chennai (then Madras) came up during that time and Learie accompanied the team, as coach, to Chennai. I believe F.C. de Saram was the Secretary of the Cricket Board at that time. After Constantine’s first spell in Colombo, he went up to Kandy and using Asgiriya as his headquarters, he coached a group of Kandy boys as well. At the end of his spell in Kandy, B.A.H. Bahar, then Secretary of the Cricket Board, took a team up to Kandy to play against the Kandy team in a friendly game.  I was fortunate to be selected and got an opportunity of playing. After that period in Kandy, Learie came back to Colombo and continued his coaching. He had noted a few players who were who were better than the others. The names I remember are Bob Bartels, Stanley Jayasinghe, Clive Inman. He was keen to recommend these players to leagues and counties in the UK. Initially Bob Bartels, Stanley Jayasinghe and Clive Inman played in the Lancashire League, but subsequently Stanley and Clive joined the Leicester County cricket team;  but Bartels remained with Nelson throughout, as a Lancashire League player of great renown. He was a good bowler, particularly in wet conditions, and also no mean batsman.

and Inman on Leicester CC grounds

In many ways the visit of Learie gave a great fillip to Sri Lanka Cricket and the game began to prosper thereafter. All in all, I think Learie was in Sri Lanka for about six months after which he returned to England.  He was a Barrister by profession and he was knighted by the Queen [1962].  Learie was a very fine gentleman who played cricket and taught others to play it in its true spirit.

When Sri Lanka went to Madras for the inaugural match of the Gopalan Trophy, in 1953, Constantine who was coaching Sri Lanka accompanied the team.  Apart from the official match, an unofficial 2-day match was played between Madras Cricket Club and the Sri Lankan team.  Learie played for the Madras Cricket Club, scored 10 and 12 and took 2 for 40.