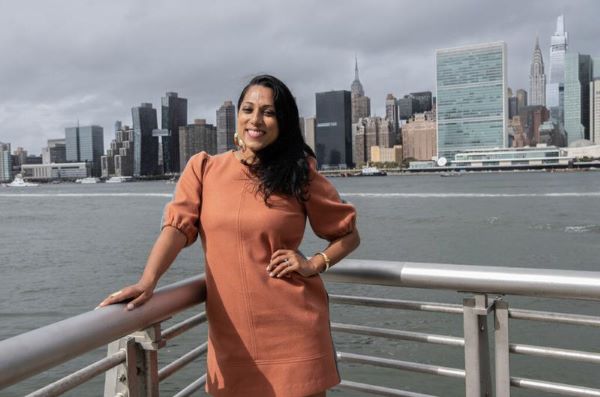 43 year old Penny Abeywardena, a Sri Lankan American became the first immigrant and woman of colour to become New York City’s Commissioner of International Affairs, eight years ago. After revamping her office, establishing influential programs aimed at diversity and inclusion and also working tirelessly to meet the needs of the city’s requirements during the pandemic, Ms. Abeywardena will be stepping down from her role in December.

In a recent Interview with the New York Times, Ms. Abeywardena shared her journey to becoming a leader, a change maker and chasing the ultimate Americam dream.

“My career has almost come full circle to where I am now. I get to be the ambassador for one of the greatest cities in the United States, one in which we take pride in our diversity and our inclusion,” she said.

Asked about what led to her current line of work, Ms. Abeywardena recalled her family fleeing from the civil war in Sri Lanka.

“I’m a 1980s version of a Dreamer, and it’s something I think about now a lot as I get ready to leave office. My family fled the civil war in Sri Lanka when I was 4 years old by overstaying our tourist visas. I was living undocumented for more than a decade in the Los Angeles Sri Lankan community. The only reason I got a path to citizenship was Ronald Reagan’s Amnesty Act of 1986.”

“I grew up on the margins of the South Asian American community, so that sense of belonging I wanted the diplomatic corps to have is important.”

“When I was 16, my mom became a single mom. My brother, mom and I are domestic abuse survivors. We were poor, but she was a hustler, working seven days a week to support us. I even started work at 14 to help. There’s something very visceral about fighting for women and girls when you’ve gone through those experiences yourself,” Abeywardena recalled.