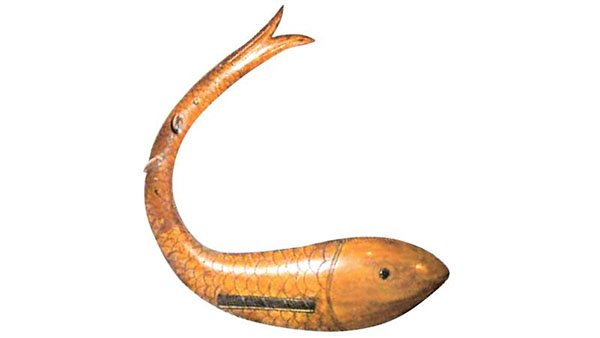 In the Tamil cultural history, the instruments were divided into four main categories Thatha, Shasesra, Avanththatha and Gana.

During those days, even the lands were divided into five categories, according to the landscape, climatic conditions and the nature of the land.

According to the ancient Tamil cultural history, the Yaal instrument implies the historical link of Yaal with the flat land. However, the string instrument is no longer in use today. One reason for its disappearance is that it was a heavy instrument. Later, the Veena and Violin replaced the Yaal. 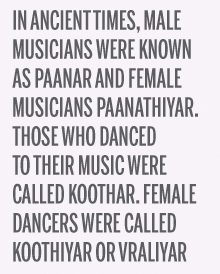 Makara Yaal was often referred to in the literature as Makara Veena. It had its origin in Greece and was later introduced to the East. The shape of the Makara Yaal is that of a fish. Numerous ancient temple pillars of South Indian temples depict the Yaal instrument.

The Tamil poet Thiruvalluvar in his great work Thirukkural highlighted the Tamil classical string instrument Yaal. The second-century Silapathikaram of Illango Adikal is the oldest Tamil epic which contained numerous references to dance, drama, and other literary works. He also highlighted the four varieties of Yaals.

The commentator of Sillapathikam Adiyarkunallar of the 13th century also wrote about the Ariya Yaal.

According to historical evidence of famed Maduri Meenakshi, Amman Temple had highlighted the female musicians (Paanathiyar) who played Yaal in temple performances.

Famed Sri Lankan scholar Vipulanada Adikal did major research about the instrument. According to him, the Ariya Yaal had 1,000 strings. The size of the Yaal was over six feet.

The strings were divided according to their thickness. Each string had only one particular pitch. But today’s string instruments can produce many pitches on one string. But today, many modern electronic instrument produce numerous pitches.

The ancient Yaal instrument is the main cause to name Jaffna as Yaalpanam in Tamil and Yapanaya in Sinhala.

However, a curtain was drawn between the king and the blind musician. The king gave him a plot of land known as Manatri.

Thereafter, Pannan Weera Raghavan came to be known as Yaalpadi (Yaal instrument musician). The land gifted to him was known as Yaalpanam. During the Portuguese period, the land was renamed as Jaffna. Even today, Jaffna is often referred to in Tamil as Yaalpanam or Yaal.

A few years before the battle against terrorism, the symbol of Yaal was depicted on top of the Town Hall building. At night, the Yaal instrument was beautifully decorated with colourful lights.

However, Yaalpana Vaipava Malai contained some crucial historical facts of the ancient Tamil city of Jaffna. It was translated from Tamil into English by C. Brito and published in 1879. 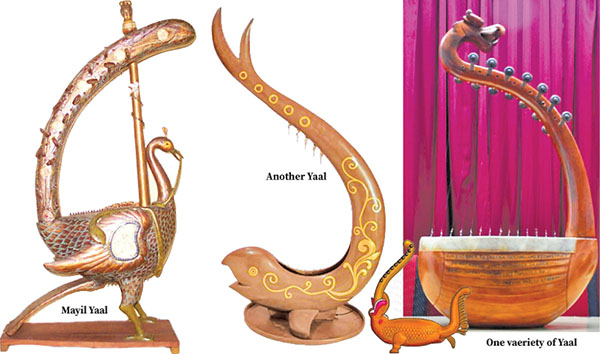