Veteran lawyer Susantha Katugampala announced the Government’s decision to pass a new law encouraging immigration to Regional Australia. Elaborating on the landmark decision, Susantha shared the new Government’s sentiments behind easing the immigration process under the new program by the name of visa subclass ‘491’.

Katugampala is a veteran lawyer in Australia specialising in immigration and business law in Melbourne for the past 22 years. His educational qualifications are wide spanning and include him graduating from Monash University in Melbourne, and becoming an accredited Immigration Specialist of the Law Institute of Victoria, a member of the Australian Law Council as well as the American Bar Association.

He founded the migration consultancy firm ‘Australian Gateway’ in Colombo, Sri Lanka 16 years ago to assist Sri Lankans who wish to migrate to Australia. To-date, clients and companies from all parts of the world including China, India, Japan, US, UK, Europe, UAE, Malaysia, Singapore and Vietnam, have sought his expertise to establish companies, joint ventures and immigration in Australia.

The 491 visa subclass will enable skilled Sri Lankan workers and their families to live, work and study in designated regions of Australia for five years. Expanding on the benefits of this visa, Susantha explained: “Under this visa, people can come into Australia on a wider occupation list, with many opportunities.” 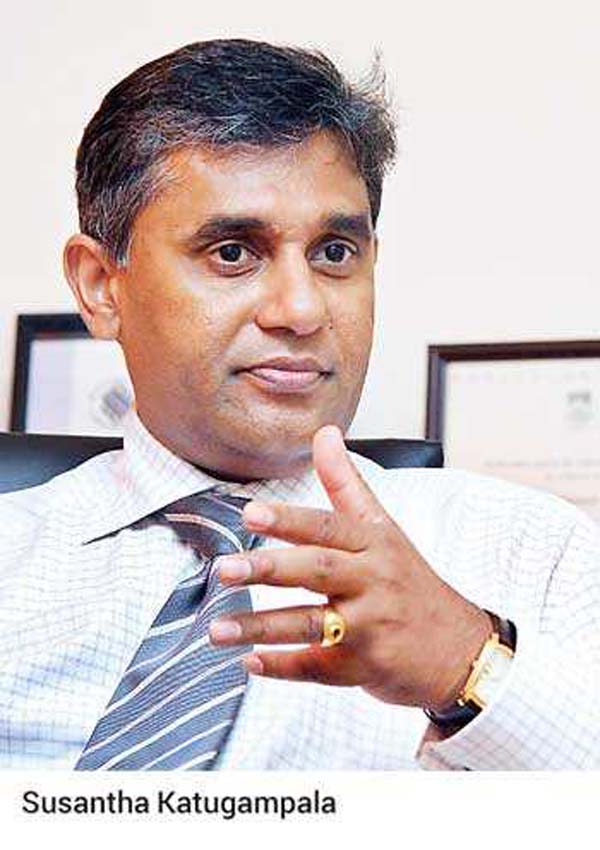 In the recent past, the Australian Government had stringent rules in place to control the immigration system. This was in spite of Australia having become a preferred immigration destination for many Sri Lankans. Under the 491 visa subclass, Sri Lankans are now availed the opportunity to immigrate to almost all of Australia, with the exception of Sydney, Melbourne and Brisbane.

Adelaide, Perth, Gold Coast, Sunshine Coast, Darwin, Tasmania, Regional Victoria and Regional NSW being included in targeting regional migration intake. Moreover, the definition of regional Australia has now been simplified and broadened, the notable change being that Newcastle, Wollongong and the NSW Central Coast will now be classified as regional.

Under the previous law, main cities such as Melbourne and Sydney had become overpopulated and there was burgeoning pressure for greater infrastructure. With the passing of the new law, the Government aims to control the influx of immigrants into main cities, and instead, promote immigration to regional Australia.

The visa will be accessible to more people, with over 500 new occupations eligible under it.

Employability, previous time spent living in the State or meeting a financial capacity are all key determinants. If you, for example, have spent time living and working in the nominating State be it on a working holiday visa or employee sponsorship or have family and friends living in said State, your chances for eligibility increase drastically.

491 visa holders will be required to live and work in regional Australia for a minimum of three years before applying for permanent residence with the visa validity period having been increased from four years to five years to permit applicants more time to meet this requirement.

Unlike the newly introduced 491 visa, as per the point test system in place, fewer points are required to obtain the visa compared to the higher threshold that needs to be passed to secure Independent Skill Migration. The revamping of the point test system is set to benefit those intending to pursue higher studies abroad while those applying through the technicality of having a spouse will be entitled to additional points, unlike before.

Points are awarded taking into account age, skill, Australian qualifications, partner skills and employment experience, all of which are further divided into two systems: Australian employment or overseas employment experience. State sponsorship has been updated from 10 points to 15, while qualifying for the subclass now necessitates only 50 points on your own as the State sponsorship provides 15 points to satisfy the pass mark 65.

Additionally, and most importantly, the 491 visa program has been made non-discriminatory, demand-driven and international and there is no quota for Sri Lankans or those of other nationalities. Disclosing the functionality of the visa, Susantha concluded: “The regional sponsorship is given 15 points under the new system, thus making this a concessional immigration scheme.”

The Australian Federal and State system work in sync. A person may immigrate to Australia, sponsored by a State Government visas issued by the Federal Government. Both governments will work together to determine the final outcome. State-sponsored immigration is exemplary of federalism in Australia where governments of two levels partnering together results in the federal Government being granted ultimate power.

Is Australia the pathway to a brighter future?

Applicants to Australia have a plethora of regions to choose from, including Melbourne, Adelaide, Perth, Brisbane and Sydney, to establish businesses thanks to Australia’s business and investor migration scheme. The country’s stable and mature $ 1.4 trillion economy, Government and policies, ensure policies surrounding immigration, education, health and foreign affairs remain bipartisan and stable regardless of changes in the Government.

Australia is an ideal country for Sri Lankans looking to migrate given its solid education system, healthcare, weather and cultural freedom and emphasises the significance of the Australian passport’s widespread recognition around the world. He also adds that Sri Lankans should ensure their support of Sri Lanka takes precedence, in spite of their decision to seek greener pastures in Australia.