Opinion: Studio 10’s Replacement For Joe Hildebrand Shows Australia Still Isn’t Ready For A Diverse Face Of Its Own On TV-by By Alicia Vrajlal 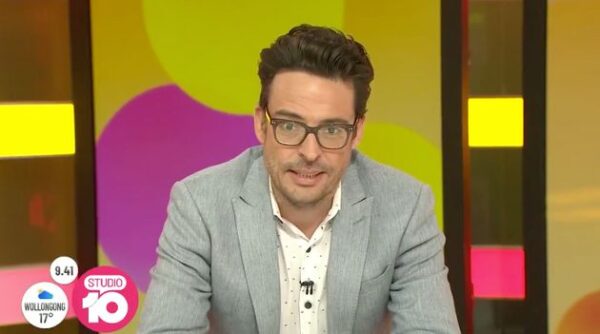 As the latest in a string of changes at ‘Studio 10’, Joe Hildebrand announced this morning he was stepping down from his co-host role on the Channel 10 morning show.

Now for those who are not up to speed on the “shakeup” that’s going down at the network, Joe’s exit comes after Kerri-Anne Kennerley and Natarsha Belling were revealed to be leaving the show. This isn’t the disappointing part.

Over the weekend we learned ‘Dancing With The Stars’ judge Tristan MacManus would be joining the show’s panel as Sarah Harris’ co-host. This is where I begin shaking my head because I wonder, when will a role like this go to a culturally diverse face? Growing up in Australia in the 1990s as the daughter of Fijian Indian immigrants, I struggled to see people on television that looked like me apart from newsreader Indira Naidoo and ‘Play School’ presenter Trisha Goddard. Feeling underrepresented on screen was problematic as I navigated my place in the world, so much so that I tried to look less Indian in my early 20s in a bid to land a media job (and hoping it was one on TV).

The calls for more representation on screen are nothing new in Australia, but if there was a time for ‘Studio 10’ to enlist a new culturally diverse host, now would’ve been it. I love that Narelda Jacobs remains with the show as newsreader, but why have one Indigenous voice only to be outnumbered by the majority-white perspectives in its company? Last month a study examining the inclusion and representation of culturally diverse Australians in the media revealed the faces we see on TV news don’t come anywhere near mirroring the people who watch their programming.

The report by Media Diversity Australia and a series of academics stated 75% of on-air talent on news and current affairs television are Anglo-Celtic, while only 6% are either Indigenous or from a non-European background.

These figures were based on 81 news programs and 270 reporters over two weeks in June 2019. The report found “an extraordinarily low representation of Indigenous presenters, commentators and reporters on all networks,” with Channel 10 having the highest representation but Channel 7 had none, and Channel 9 only 0.2%.

As the report stated, “who we see on television is meant to be a mirror of who we are: from the anchors to those reporting the news”. But Studio 10′s new appointment fails to serve multicultural Australia when there was an opportunity to do so. It’s just another example of a TV casting that denies diverse communities of the representation they’ve only yearned for years. 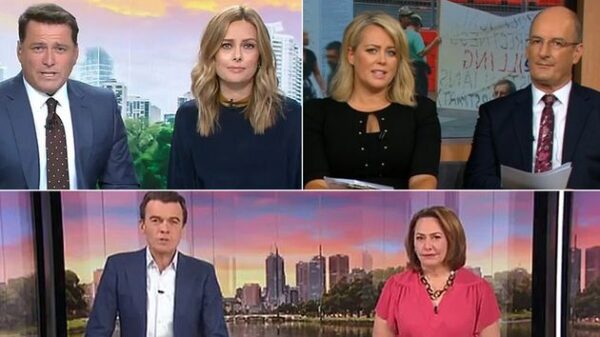 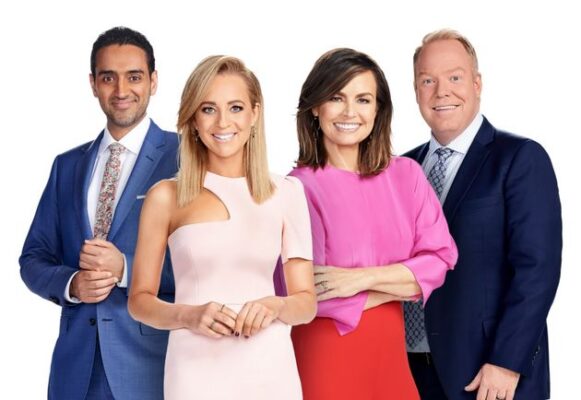 In an official statement, Studio 10 Executive Producer Tamara Simoneau said “We wanted to think outside the box and choose someone who would help bring plenty of extra sunshine to morning TV at a time when it’s needed most.

“He’s charming, funny and fresh with a cheeky Irish side that he’s ready to share with Australia.”

I’ve watched Tristan on ‘DWTS’ and he is charming, funny and utterly brilliant on the dancefloor. However, I can’t help but wonder, does Australia really need to pluck a white Irish man instead of one of our own homegrown talent to make successful TV? How about Chinese Australian author Benjamin Law, Indigenous actor Nakkiah Lui or Sri Lankan Australian comedian Nazeem Hussain? 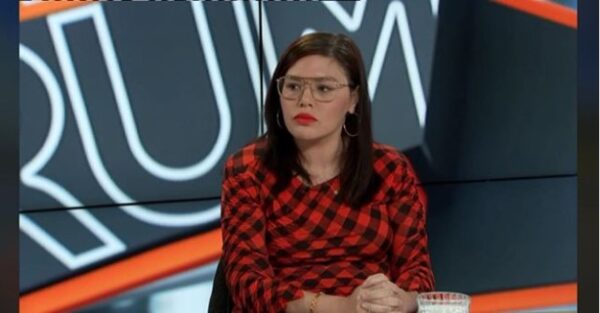 In a statement, a Network 10 spokesperson said: “At Studio 10 we’re proud of our commitment to diversity in all its forms. We constantly strive to reflect our Australian audience in the stories we cover, the guests who appear and with our team. Watch this space, there’s more to come.”

When Media Diversity Australia’s report was released last month, the organisation’s co-founder Antoinette Lattouf said, “It will be uncomfortable reading for many, but it’s time to get comfortable with being uncomfortable and make a commitment to strategies that will bring change, not tomorrow or even next year.”

She added, “it could take several years ― but both media outlets and audiences will be better for it”.

I’ve been waiting 28 years for the representation I’ve longed to see, and I will keep waiting. But it won’t stop me from being disappointed the next time another white man gets a TV gig like this.