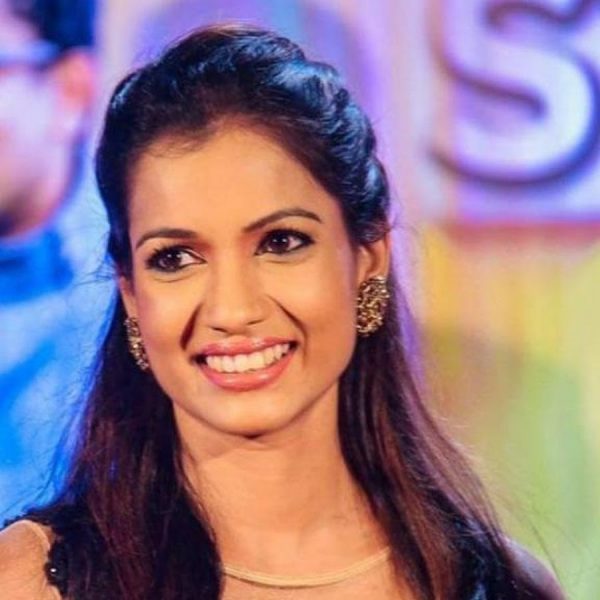 Any traditional Television broadcaster should possess characteristic attributes with excellent communication skills,which includes the ability to speak on-camera communicate well in a team environment. Communication skills required in a television broadcast both in front and behind the camera.Another vital area is passion as the contemporary viewing public could spot a ‘pseudo’ presenter  effortlessly. A competent announcer in Purnika Peiris is genuinely aware what needs to be done forming a network with the audience.  Purnika Peiris a decent announcer possessing solid researching skills to have the ability to reach the bottom of a story with applicable information. Another vital aspect Purnika possesses is the aptitude to cope with pressure been able to meet deadlines. Of course, an ideal presenter should have leadership qualities to lead television anchor be willing to help, guide and shape younger reporters behind the scenes as a mentor possessing abundant humanity virtues.

Purnika Peiris( Kachchakaduge Purnika Subani ) hails from a renowned  family of Artists, announcers and musicians.Her Father was a teledrama producer Jayantha Pieris who’s brothers were reputed announcers Ariyadasa and Ranjit Peiris.Purnika is the younger sister of Chathurika both had been educated at Musaeous College ,Colombo 07.Though Purnika currently is at the apex of fame as a Television host and event organizer in her school she had not participated in any unit in announcing or media But she had been involved in sports also been a house captain. She had been a clever exponent of diverse types of dances which she had continued to perform even after the birth of her first son. It is her cousin sister Charitha Priyadarshini Peiris ,Edward Jayakody’s wife,who had introduced her to the SLRC when she was trained as a TV host for three years while Purnika was also attached to a private firm. Her cousin sister Charitha may have had the emotion that Purnika may possess hereditary affiliations with innate abilities in relation to her Uncles’ talent.Her prediction had become spot on.

Purnika is currently a household name as a prominent teledrama actress, Television host, event compere, event organizer for nearly two decades from year 2002 in permanent positions three years at the SLRC and sixteen years at TV Derana,but since mid-2021 she is attached to a reputed television channel as a free- lance.

At a television interview she had with a popular host Purnika confessed that is for the first time she is disclosing that she  had left TV Derana in mid-2021 a decision she had taken sans discussing with many.Purnika expressed that in life when the time comes such decisions should be boldly taken which would later prove not to be fruitless. After three years at the SLRC vacancies had been advertised for presenters at TV Derana after it’s launch in year 2005.It was program director Anuruddha Jayasinghe who had invited her when she has had only experience in presenting three programs at the SLRC. Her father Jayantha Pieris had endorsed for her to join the new channel as she could rise easily as one of the pioneer employees. In fact Purnika after joining TV Derana has the distinction of been classified as the first presenter at TV Derana a position that would be etched in the hearts of all TV Derana television factions forever.

During her tenure of over one and a half decades at TV Derana she had proved her mettle been at the helm of so many programs. Purnika had quipped to her, that challenges are warmly welcome.She had quipped that she had solely handled many programs through  her tenure at TV Derana.After her second son was born she remained at home happy with Peshala and the two sons,which prompted her to have a change as there was no higher position for her at TV Derana.For many it is not the salary that takes pride of place. it is the satisfaction one receives which is the precedence. She had been entrusted during her tenure at TV Derana in addition to presenting event organizing,she confesses she had singlehandedly successfully organized a few Derana Dream Star finals at the massive Sugathadasa indoor stadium also Derana Little Star final programs which were of huge magnitude.Her decision to quit after almost sixteen years as there were no new programs that  were planned as in other television channels owing to the prevailing Covid-19 pandemonium. Purnika had quipped that the only position above her designation was that of the Director Programming held by Sharmila Dharmarasa who the most competent and qualified person for the post is. However Purnika as very convinced with her  contributions extended to TV Derana having participated in almost all programs from its inception been a real asset the TV Derana. She had quipped that she had been afforded the opportunity to present about ten to fifteen times the Derana film awards, Sumathi awards,Derana sun silk awards etc via which she had derived a huge gratification. When Purnika resigned, she had held the position of Senior Executive Presenter which position she had held for the past four years as well.

After Purnika commenced as a free lance in another television channel it now she had thought of commencing a new journey as she is already a sought after TV host, presenter and event organizer.As the demand for free lance artistes have sunk to unprecedented low levels owing to lack of events Purnika had lamented that she too had to lower her fee which was she believes was the fruitful thing to do.

Purnika had wanted a son as her second child too for which she had prayed for.Even Peshala had predicted a son.Purnika is very contented to even 2000 percent with Peshala while the two sons are attached to each other the elder one Adithya now going to school the other Abhiman just ten months old.The latter had got so used to mother and father since during Covid-19 lockdown days no one had visited them.Purnika talks very high of the qualities of Peshala who loves the first step son more, she had quipped that when they go out it is Peshala who washes the elder Adithya.It was added by Purnika that she is very happy as the sons duo are united.Purnika had added that she does not like the manner Peshala’s behaviors while conducting the popular program “Champion stars Unlimited”.But she says the person inside Peshala is a very kind hearted loving person which she adores and respects.At the same time she had quipped that some like his role in the “Champions Stars Unlimited”, some do not like.

This entire family consists of artistes, singers, musicians, television hosts,actors and actresses namely Edward and Charitha, Gayan and Chathurika. Peshala and Purnika while the son of the duo Charitha and Edward is Chandeepa is highly qualified in academics and music too is sure to go places in the music industry.It was revealed by Purnika that when Gayan and Peshala get together the duo discuss politics having diverse views when Peshala would never give in. Many family friends and artistes had told Peshala to contest in the elections which is envisioned on. During a discussion when Purnika was asked the question , who  is the most popular artiste in the family after a pause she said Edward Jayakody.It was also stressed that all like Peshala to be present at family functions and get togethers as he keeps the relatives and visitors spellbound with his witty behavior.

The writer had been a fan of Purnika for over a decade is happy to have compiled this article.Wish her all success in her free-lance television hosting event organizing and compering career.