Roshan Pilapitiya a revelation of a dignified superlative actor, over three decades in an effervescent voyage  – By Sunil Thenabadu 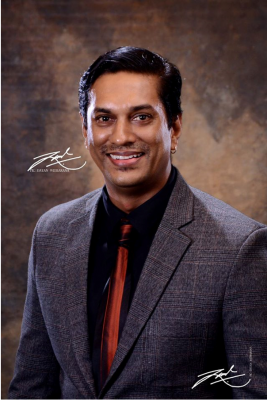 Roshan Pilapitiya was born as the youngest in a family of four siblings to affluent parents in Hangurnketha close to Kandy.His father Ariya Abhayasinghe, a proprietary tea planter while his mother Mallika Pilapitiya had been the lead actress in the our first outdoor movie Rekawa directed by Lester James Peiris After his primary education in native Hanguranketha , Roshan was admitted to Dharmarajah College Kandy to pursue his higher education. Although he was good in studies had excelled in dramas and was adjudicated as the best actor in drama in year 1988.

Although Roshan possessed innate aptitude for acting with his mother’s influence he had never thought then of creating a career for himself as an actor as music was his obsession then His passion for music continued after leaving school having joined the Red Heart band as a vocalist cum as a guitarist and key board player. He had recorded a number of his own songs. He had confessed that he has a tremendous flavour for music appreciating a variety of styles. However he will not get confined to one type of music which would make him monotonous. Roshan has a unique inclination of travelling overseas to view concerts. He had confessed that from his schooldays he always was bent to take his own decisions and was not influenced by his parents.

His debut Tele drama was Lester James Peries’ Golu Hadawatha in the year 1988 while his debut film was an English film Disco Girl in the year 1990.In all Roshan has acted in about 20 films including in another English and a French film.In year 1999 Mandakini,in 2001 Daru Upatha,in 2006 Hatharadenama Soorayo in 2008,Ammawaruni,in 2011 Mahindagamanaya,in 2014 Bavatharanaya are some of his more popular films. He had also acted in many Tele dramas and a number of stage plays. Amongst them the most popular were Ek Murgabbawiyak and Sihina Aran Enna. More recently Roshan has portrayed the role of “Keppettipola” in the film “Giriwesipura” and a character in the popular Tele drama “Sal Sapuna”

Roshan has been in film, stage and Tele drama fields for almost three decades and has faced a few hurting obstacles in life for which music has come to his rescue when solace was needed. He had confessed that he has no antagonism and hatred towards anyone.

He has lamented on several occasions over the years that Sri Lanka is the only country in the world where there is no national policy to look after actors, technicians, photographers, helpers like tea makers in old age. After so many proposals made to the related authorities by many quarters for this cause to bring in an Act the matter had been discussed in Parliament only a few months ago where Roshan too had been in the gallery listening. There had been a very few parliamentarians present at that moment when this issue was taken up but had ended abruptly without any action been taken. However it is the fervent hope of Roshan that he would be fighting on this topic even until his death until redress is acknowledged.

Roshan at a television programme recently added that ours is the only country in the world where the records are not maintained by a state authority for musicians, recording engineers and singers about recordings that they were involved in, which indeed is a very deplorable.

Roshan also reiterated that for all films, musical shows, stage plays etc 10%is charged by the government as entertainment taxes out of which not even .001% benefits the artistes which is appalling and horrendous situation that needs to be critically addressed.

Roshan is well accepted in all quarters in his field as he possesses an excellent etiquette, high morals   generous disposition towards all colleagues. It would be the fervent hope of all his colleagues and fans to wish him for all his future endeavours.