The fairytale wedding took place recently of Savindhi Perera-Jainudeen and Mudit Jain, bringing two cultures, religions and young individuals with heritages from the island nation of Sri Lanka and the sub-continent of India, on either side of the Bay of Bengal in the Indian Ocean, together in fluid harmony.

Sav is a high-profile young leader of the Sri Lankan community who is Director, together with her founder member mother Dilkie, and sister, Vishni, of the Miss Sri Lanka Australia and Miss South-Asia Australia pageants. Sav holds many professional positions, as an Economist working in the public sector and in other cultural business positions of President of the Committee for Sri Lanka and a board member in the South Asian Advisory committee to the State Multicultural Minister

The bridegroom is a Chartered Accountant , an investment banker and a VP at the Macquarie Bank.

A packed ballroom of 350 guests including overseas visitors and Members of Parliament , present and past Ministers, Consul Generals and other VIPs witnessed a well-orchestrated event made up of cultural entertainment and official matrimonial ceremonial duties throughout the evening.

The bride and bridegroom were given away by their parents and were attended by eight bridesmaids, eight groomsmen, four pageboys and three flowergirls. An ensemble of 2 drummers and 4 traditional Kandyian dancers heralded in the bride and bridegroom in their walk to the Poruwa designed by the bride’s mother with many strands of fresh Jasmine flowers.

The bride’s many changes of outfits were by prominent Sri Lankan designers and from her own collection, Savish Bridal Designs.

A combination of western, Bollywood and baila music for dancing was provided by band Mystery and DJ Warren during the reception while a flutist provided pre-reception well-known compositions.

The entertainment included choreographed Sri Lankan Kandian, western and Bollywood dancing by the bride and bridesmaids, bridegroom and groomsmen, and the bridal couple’s first dance as Mr and Mrs Jain .

A number of very professional young MCs kept the event flowing smoothly, not forgetting the eloquent and entertainment speeches made by the couple and representatives of their respective families and close friends.

The bridal couple honeymooned in Europe. 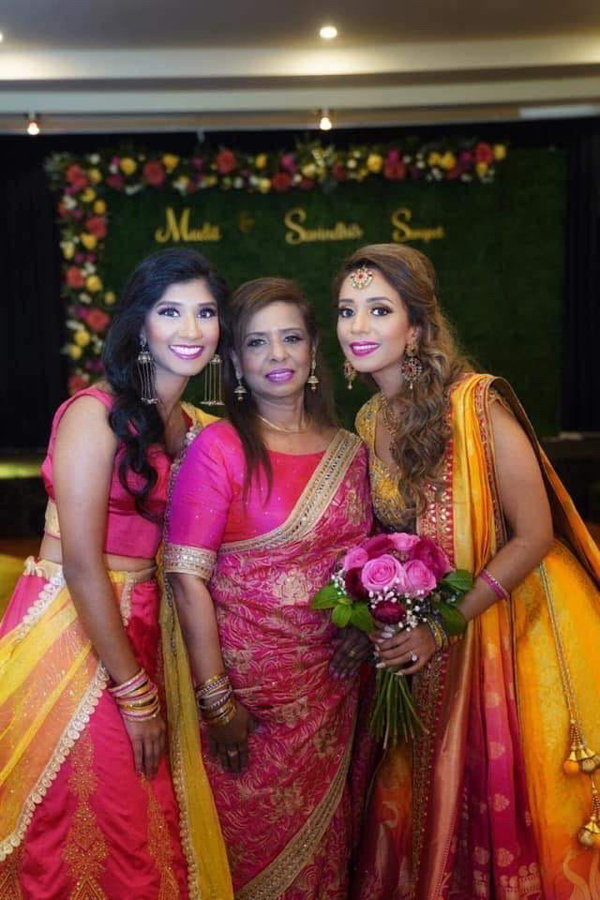 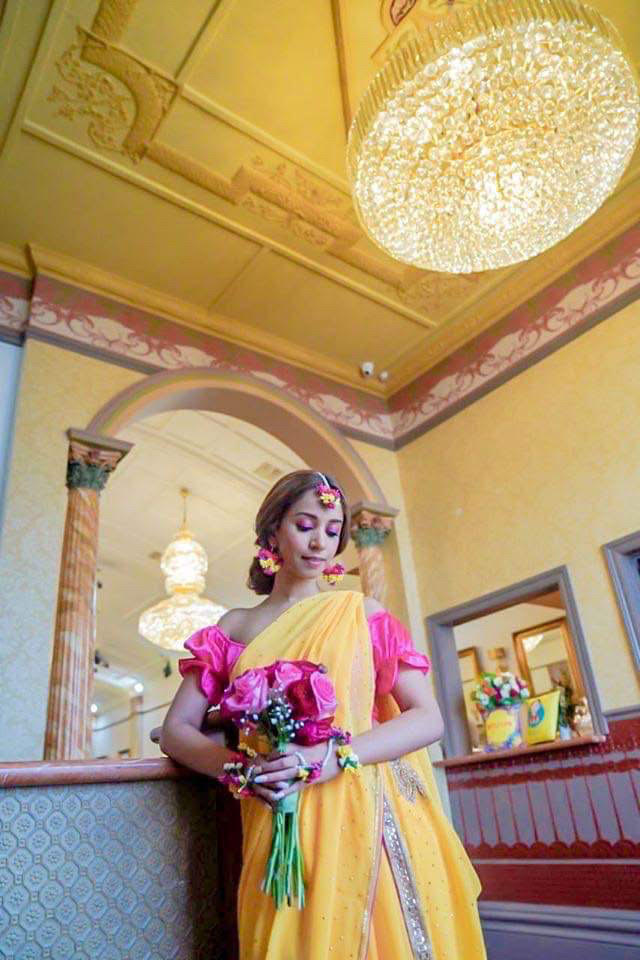 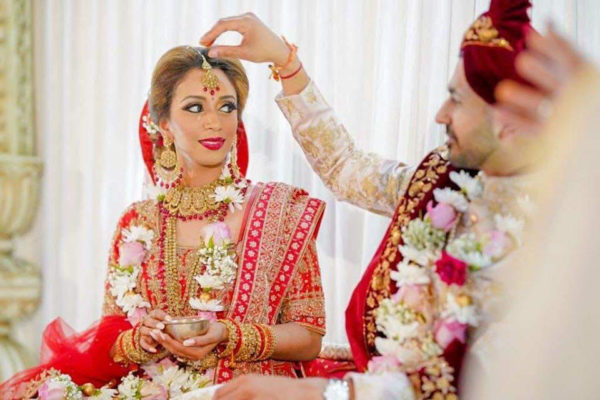 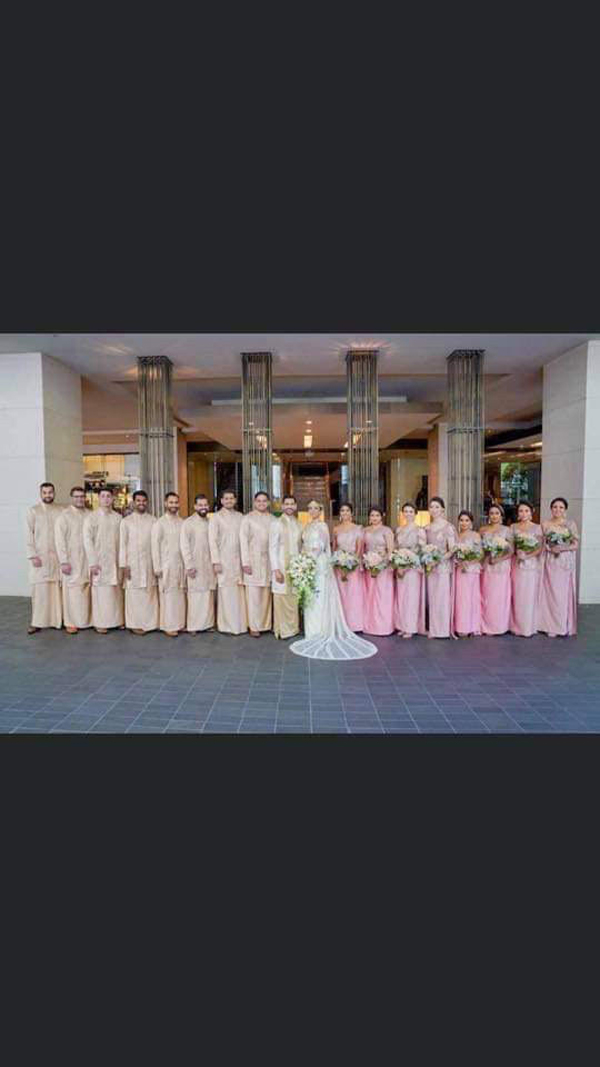 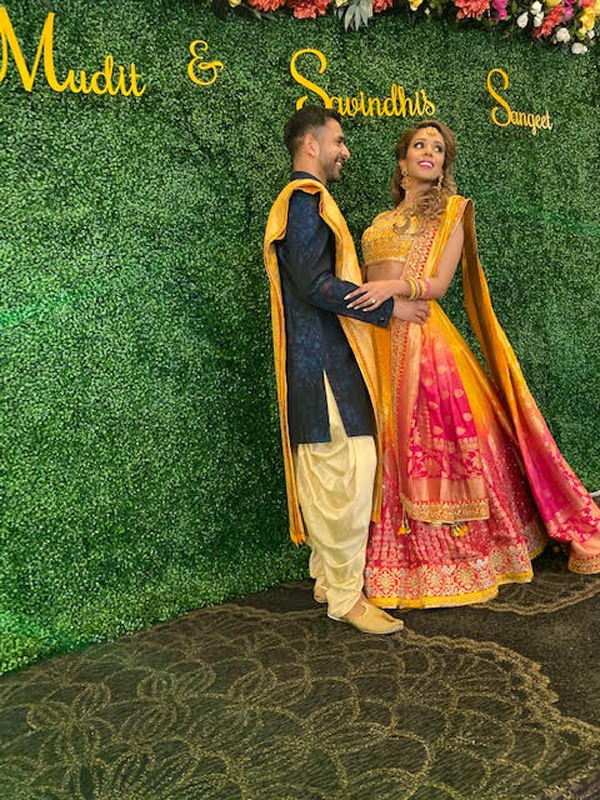