Sri Lanka achieved the independence when the Dominion of Cey-lon was proclaimed on 4 February 1948.
4th February this year marks the 72nd anniversary of independence. It will be celebrated all over the country with flag-hoisting ceremo-nies, parades and cultural performances. The main celebration will take place at the Independent Square, under the patronage of the President under the theme ‘A Secured Nation – A Prosperous Country’. Independence Day is a day of reflection for Sri Lankans. 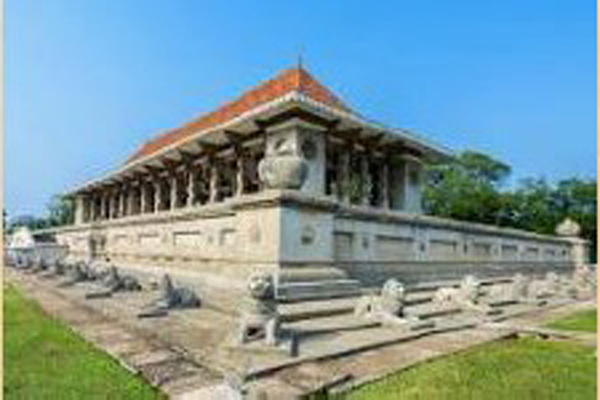 The post independent governance initially commenced with a West-minster type of Parliamentary Government in the form of a dominion under the British Com-monwealth with Queen Elizabeth II as the head of State. In 1972, while retaining the Westminster type of Parliamentary structure, a republican constitution came in to play with an appointed ceremo-nial President as the head of State. Since then, Ceylon is referred to as ‘Sri Lanka’. In 1978, that governing structure was replaced by a Presidential system, headed by a democratically elected President. Sri Lanka continues to be a member of the Commonwealth.

The achievements made in the post-colonial period, particularly in social and health areas, are significant, as reflected when parameters of late 1940’s are compared with present. Life expectation of 42 years then is 77 years now. The literacy rate of women has in-creased from 44% to 91%. In 1946, houses with thatched roofs formed 68% of the rural & estate sector and this has now reduced to around 5%. On the economic front, the GDP per capita had increased significantly since then and the World Bank now classifies Sri Lanka as an upper middle-income country.

However, in the past 72 years, certain adverse factors have emerged as well. For example, Sri Lanka’s terms of trade had deteriorated (374 to 107), foreign exchange reserves in terms of months of im-ports had gone down (11 months to 3.7 months) and the sovereign debt to GDP had risen substantially (3.2% in 1960 to 83%). In 1950’s, Sri Lanka was identified as one of the most developed countries in Asia. For example, Sri Lanka’s GNP per capita in 1960 was substantially higher than Thailand and Malaysia and on par with South Korea. Apparently, at that time Ceylon was considered as the ‘Best bet in Asia’. Sri Lanka’s inability to enhance production and productivity levels with the use of technology and other means, inability to grab trade opportunities, youth uprising in the south and the 30 year war may have been some out of many reasons at-tributable to our failure for not reaching this milestone.
Let’s hope that present and future leaders can get all groups and fractions together and lead our motherland to great heights.