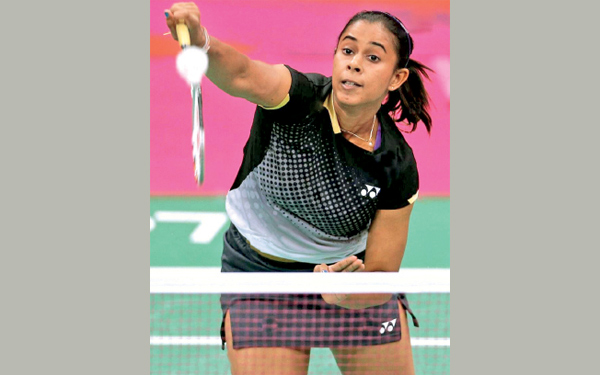 Thilini Sudhara Jayasinghe was born in 1985 in Kandy and took to badminton and swimming at the age of nine while schooling at Mahamaya College in Kandy.

She had the opportunity of training at the Peradeniya University as her parents were also attached to the same University.

After few years she decided to concentrate entirely on badminton and remained in Kandy despite few invitations to join the elite schools in Colombo.

Thilini won the Under-9 and Under-11 Championships at the All-Island Inter-Schools Badminton Tournament and was named Best Sportswoman in 2004.

Thereafter, she toured India with the Sri Lanka Schools Badminton Team and laid the foundation for an illustrious career.

She joined the national team in 2000 and became the first female badminton player to represent the country at an Olympic Games.

At the age of 18, she won the Singles, Doubles and the Mixed Doubles title at the National Badminton Championships.

She won a Bronze Medal in the Singles event at the South Asian Games in 2010 and participated in the Asian Championships and Commonwealth Games in 2006 and 2010 respectively.

She also followed a training programme at the BWF in Germany and won a Gold Medal in the ‘C’ Division Mixed Doubles event at the 2015 World Badminton Championships.

After participating in several local and international events, Thilini retired from the sport in 2018 and later she established her own badminton academy. (C.D)