“BOMBS AWAY” – By Des Kelly

I am not sure how this “order” was made in Japanese,  but this did not really matter in 1942, and especially in Trincomalee, Ceylon, where the Japanese AirForce went on a bombing spree, under orders to destroy as many British ships, nestling closely in the biggest natural harbour in the World, at the time. This particular attack wasn’t entirely successful because of the superior strength of the British Navy who were “on guard” for the tiny Island which boasted the fact that it was possibly the most strategic point in the huge Indian Ocean, during the 2nd World War.

Though now possibly forgotten by many, these true stories are part & parcel of why Ceylon never did come under Japanese rule. 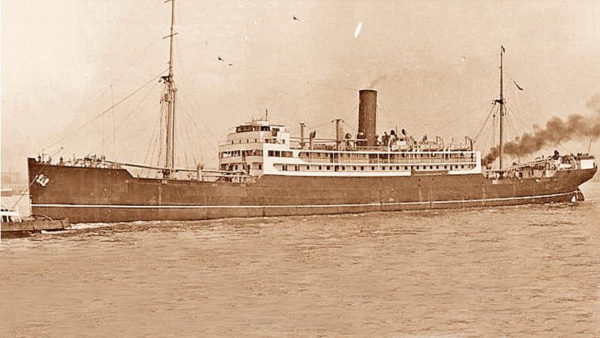 Since 1672 the strategic value of the Trincomalee harbour had been realized by foreign naval fleets. Many seniors from the vintage era of Ceylon will remember the Japanese air raid on Easter Sunday 1942 and the chaos in Colombo. But most Sri Lankans are not aware that a few days later the Imperial Japanese Navy (IJN) launched a fierce attack on the British Navy’s Eastern Fleet anchored at Trincomalee. To understand the facts of this historic aerial assault we journeyed to the Eastern Naval Command Headquarters. Within this massive compound consisting of many acres, are the docks and hills that were once targeted by the invading Japanese.

Background to the attack To unravel the strategy of this daring air raid we need to first establish the British military presence in Ceylon during 1942 and the initial air raid on the Colombo Harbour. The Japanese military was celebrating their surprise attack on Pearl Harbour where the US Navy was inflicted with significant loses.

Winston Churchill and his senior commanders realized that the Japanese could take control of the Indian Ocean sea routes by attacking Ceylon. Churchill appointed Admiral Geoffrey Layton as Commander in Chief of Ceylon. He was assisted by Admiral James Somerville, who was Commander of the British Eastern Fleet.

The defence of Colombo city was hurriedly beefed up with the positioning of four coastal gun batteries manned by the Ceylon Garrison Artillery. This was supplemented with gunners from the 65th Royal Artillery Regiment, who took position in Colombo.

The Royal Air Force moved in and took control of the Ratmalana Air Port while the Colombo Race Course was quickly transformed into an airstrip. Admiral Somerville divided the Eastern Fleet ships into 2 groups. Group A – consisted of the aircraft carriers HMS Formidable, HMS Indomitable and the destroyer HMS Warspite. In Group B he was tasked with the deployment of HMS Hermes (light aircraft carrier), HMS Cornwall, HMS Dorsetshire and the Australian destroyer HMAS Vampire. While this fleet build up was a reassuring sign to the people of Ceylon the Royal Navy suffered a massive loss when their capital warship HMS Prince of Wales was sunk off the sea of Malaysia in December 1941, before the air raid in Ceylon.

It is recorded that the British military was anticipating an attack by the Japanese. On the morning of April 4, 1942 a Canadian pilot Squadron Leader Leonard Birchall was on a routine reconnaissance patrol, flying his Catalina aircraft. Gaining altitude near Koggala he was surprised to see a flotilla of Japanese ships approaching Ceylon.

He immediately ordered his wireless operator to inform Colombo Air Defence office. The airman was able to transmit one SOS giving the location of the Japanese vessels, but not their number. Within minutes Japanese fighters shot down the Catalina and the crew were taken captive after the plane crashed into the sea (Leonard Birchall was later awarded the Distinguished Flying Cross). Admiral Nagumo had decided to attack the next day.

To this day it is deliberated if the content of that airborne radio message was clearly understood by the operators in Colombo, but the British had been warned. On March 30, in keeping with intelligence reports Admiral Somerville had already sent Group- A on a 100 mile patrol area South of Ceylon. On the morning of April 5, many Christians were in church.

At 7.30 a.m. the first wave of 180 aircraft (including dive bombers) under the command of Captain Fuchida (the same officer who attacked Pearl Harbour) dropped their bombs on Colombo Harbour and other installations. British pilots took off from the Race Course and Ratmalana to counter attack. British ships were sunk.

We can assume that the British high command was recovering from the losses in Colombo. They would have anticipated an attack on Trincomalee.

Because on April 8, the ships at Trincomalee harbour were cleared at night.

The main ship, aircraft carrier HMS Hermes was being repaired and had sailed for trial towards Batticaloa, minus her 12 aircraft supplied by the 814 Naval Air Squadron. She had a displacement of 10,850 tons and capacity to carry 20 aircraft. She was escorted by the Australian Navy ship HMAS Vampire.

The other ships anchored around Trincomalee on the morning of April 9, 1942, were the naval corvette HMS Hollyhock and steam ship SS Sagaing.

Admiral Somerville had wisely sailed some of the other ships to the Maldives.

It is interesting to note that the SS Sagaing had sailed to Ceylon on April 3, carrying a cargo of assorted munitions, mines and 22,000 depth charges along with 20,000 cases of beer and whisky! The vessel had sailed into Trincomalee under the cover of fog, and discretely berthed at Malay Cove. She was minus her Browning anti- aircraft gun.

In the early morning hours of April 9, the Admiralty had warned of a Japanese attack but later given the all clear. It is reported that at 8.55a.m. a scout plane from the carrier IJN Haruna had spotted HMS Hermes.

The British crew realized its vulnerable position with no air cover from her resident attack planes and decided to sail back to the safety of Fleet Headquarters, Trincomalee. By 10.30 a.m. she was mercilessly dive bombed by 90 Japanese planes, absorbing 40 direct hits. The ship listed heavily and finally sank taking with her the lives of 308 men. HMAS Vampire was also sunk.

Another wave of Japanese planes swooped down on Trincomalee and unleashed their terror. We were able to see these hills within the dockyard area. They were intercepted by 22 RAF planes, but continued to attack. The HMS Hollyhock was sunk. The SS Sagaing was hit by gunfire. Her cargo of alcohol immediately caught fire. The explosives stored within the ship exploded, ripping out the deck.

The entire ship was engulfed in a red glow as she listed heavily, with sailors jumping into the sea. (The Sri Lanka Navy successfully salvaged the wreck of the SS Sagaing in a massive diving operation). Motivated by their success, Japanese pilots directed their bombs on the oil storage tanks north of China Bay.

There were 101 oil storage tanks built to hold fuel for the Royal Navy and Royal Air Force.

Built in 1924 in an area of dense forest each tank could hold 12,000 tons of fuel. A frenzied Japanese pilot navigated his plane into Tank 91 which was furthest from the other tanks, causing a massive explosion. The raging inferno had lasted seven days.

The entire raid on Trincomalee had lasted about 30 minutes. We saw some of the ballistic helmets and machine guns used by the British. A few bottles taken from the wreck of the SS Sagaing can be seen at the Navy Diving School. It is said there were allied 700 casualties. I have visited the British War Cemetery on a previous occasion.

I saw rows and rows of white marble stones with the names and ranks of those who boldly defended Trincomalee on that tragic day. A single cross stood in the middle of the cemetery.