Burgher “Singlish” in the years gone by! – Article written by Gaston de Rosayro. 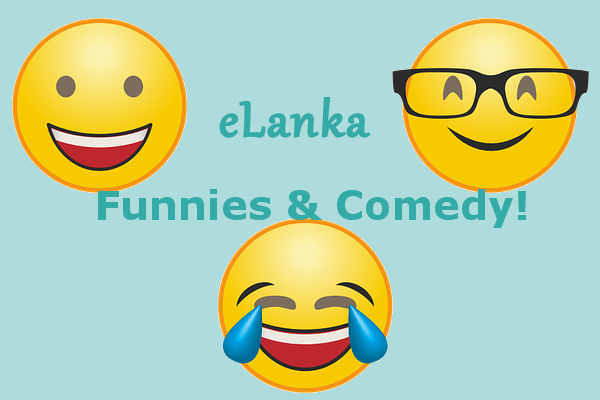 Scene 1: Teenage boy Timmy standing on street corner confessing to friend, “Scared to go home today,machan. That Polparalis woman staying in Wall Street seen me talking to Mona again and sure to sneak to Mummy. Hell of a hat if she tells the old man. Last time also she caught us talking sitting on the Cathedral steps and eating pol toffee.. Straight she went home and tole Mummy!”

2) Scene 2: Mrs.Polparalis at Timmy’s home complaining to his Mother “Your son Timmy “komalafying” with that Gajahetty second girl, Mona on the church steps. Damn shame, no men! When he seen me coming, he “susgahala” hiding his face. But I seen him properly and am thinking damn sin for your family if that “godayatic” wretch creeps into your family. That family not even good “Catlicks”, no daily mass, only coming to church on Sundays dressed like China Dolls!.” Then see her big sister Paula, how she is dressing? What for she is coming to church, dressed like a “Vel Karathey.” Dunno from where they are getting so much money to be dressed like that. Real “boru shoke” cases, the whole family.That big girl Paula only doing smole job in a big company. She is only a call girl but behaving like a big boss to her neighbours. What for the telling- she is only a tallypone operator In the old days,newspapers are calling CTO operators hello girls and not call girls. Okay, okay call girls and hello girls same ting no? At ole the school carnivals, these girls causing “big trouble in the junction”. Anyway, that Paula girl” too much” and is “Forward Peter’s eldest daughter.” Last time carnival also big “hoo ha” and that Dodwell boy got a “pukkah” thrashing  till he can’t say “paang in the mouth” and all becose these girls giving those poor buggers “come to the body” look!!”. I seen that Carlo boy coming to our front gate, damn cheek no and asking to borrow my husband’s byke. How to say no to the face . I tole him “jus be” and not to put “buroos part”. Anyway, better than “rasthifying” on the street and “capping” those chronic creatures. Tole him, if he does not lissen to his parents, he will only get a “har par six” job- then in vain your life,no! See that Dodwell boy, oleways standing at the junction putting”koloppan” to the girls.!!” His face is totally swollen after he got “hammarsed” at the carnival. But everyone telling he is real “gultik” fellow– any other bugger would have been in hospital. Real “show box aney”! – limping like a wounded soldier. What bloody soldier aney, men no shame  even after that “dhadang badang” hammering! Our next door Fifi telling the bugger is a “Polkudu Sando” only.

P.S. There was a time yesteryear when such “singlish” was commonly spoken here ! It was colourful, quaint and vibrantly expressive. G de S is an Old Benedictine with a wonderful command of the language and a “racy” sense of humour- truly the last of the Mohicans!