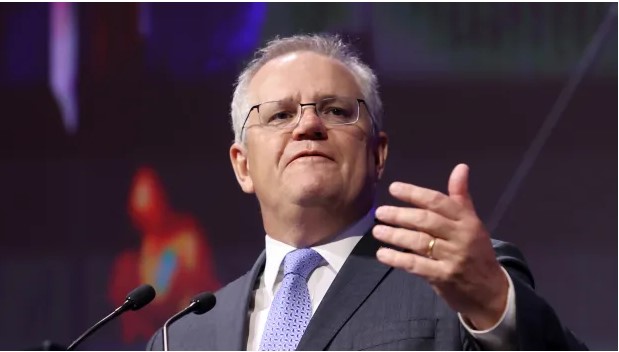 The Morrison government will pour $800 million into measures it says are designed to help businesses take advantage of digital technologies – but most of the money is dedicated to boosting its online services to facilitate doing business and to crack down on corporate fraud.

Citing a report by consultant McKinsey, which says the adoption of technology has advanced five years in just eight weeks because of COVID-19, Prime Minister Scott Morrison will provide details on the extra funding on Tuesday.

Of the $800 million, about $420 million will be used to fulfil the 2018-19 budget promise to amalgamate the Australian Business Register and the 31 registers administered by the Australian Securities and Investments Commission “allowing businesses to quickly view, update and maintain their business registry data in one location”.The Australian Taxation Office will operate the new super registry, which will provide a powerful foundation to manage fraud and reduce red tape.

Similarly, another $257 million will be used to improve access to government services by expanding the Digital Identity Program, an opt-in system that already gives 1.6 million people and 1.2 million businesses a single, secure way to use government services online.

As well as expanding access to services such as myGov and welfare payments, this funding will integrate the Digital Identity Program with theDirector Identification Number, a lifetime identification number for company directors.

The DIN makes it much easier to start a business, enabling someone to do so in as little as 15 minutes, rather than weeks.

But it has significant law enforcement implications as well – ASIC says it can be used, for example, to help stamp out “phoenixing” by tracking directors of failed companies and stopping them from popping up under false identities.

This year’s budget will support businesses to recover, build back and create more jobs as part of our economic recovery plan.

Phoenixing is when companies deliberately avoid paying liabilities by shutting down an indebted company and transferring the assets to another company. It costs the economy up to $5.1 billion a year.

The DIN was legislated in June with Labor’s support. It will be complemented by the establishment of the one-stop Australian Business Register.

The rest of the funding to be announced on Tuesday – just more than $120 million – will be allocated across more than a dozen new initiatives designed to help business adapt to technology.

These range from continuing the rollout of open banking, to a $19.2 million expansion of an advisory program that helps small businesses “go digital”, to $29 million to accelerate the take-up of 5G technology and $9.6 million to promote Australian fintech in priority markets overseas.

The package will also include $3.6 million to mandate electronic invoicing for all Commonwealth agencies by July 1, 2022, making it easier and cheaper for their private sector clients.

The measures follow last week’s promise to boost the national broadband network by $4.5 billion by the end of 2023, which, if realised, would give 1.4 million businesses and 8 million households the option of high-speed fibre connections.

Mr Morrison and Treasurer Josh Frydenberg will unveil the $800 million package, which will be reconciled in the federal budget to be announced on Tuesday next week.

“This year’s budget will support businesses to recover, build back and create more jobs as part of our economic recovery plan,” Mr Morrison said in a statement.

“Many businesses moved online quickly when the pandemic hit, undergoing a decade of change in months, finding new customers or new ways of doing things.

“The plan supports Australia’s economic recovery by removing outdated regulatory barriers, boosting the capability of small businesses and backs the uptake of technology across the economy.”

The coronavirus pandemic has reinforced the need for digital adaption as businesses have had to operate remotely and people have worked from home.

As well as the McKinsey estimates, the government also cites a survey by the Australian Chamber of Commerce and Industry, which found in April, just as the pandemic was taking hold, that 31 per cent of Australian businesses had expanded their online presence, 25 per cent had changed their mode of delivery, and 23 per cent had diversified into new product lines and services.

Later this week, Mr Morrison will focus on budget measures to support the development of an advanced manufacturing sector.

The coronavirus pandemic has driven home the fragility of supply lines and the importance of making industrial goods locally.

The manufacturing push is, in part, related to Mr Morrison’s recent announcement of plans to boost the east coast gas network to expand domestic supply and drive down the price of electricity and gas.

The Labor Party is sceptical of Mr Morrison’s epiphany on domestic manufacturing.,

“It has taken seven years, a global pandemic and a recession to get the Morrison government to take it seriously,” the opposition spokesman for employment and industry, Brendan O’Connor, said on Monday.

“This is a government that has a poor track record when it comes to Australian manufacturing.

“They goaded Australian car manufacturers to leave our shores; they’ve delivered a failed energy policy increasing the costs of manufacturing; they’ve presided over the depletion of critical skills; the destruction of the viability of smaller manufacturers further down the supply chain; and the withdrawal of private capital from research and development.

“They’ve spent seven years attacking and undermining Australian manufacturing and now they want Australians to believe they support manufacturing – what a waste of years of economic growth and taxpayers’ money.”

Last week, Mr Frydenberg said in a speech that the government’s fiscal strategy would be split into two parts.

At first, money would be spent to stimulate demand to create investment and jobs.

Once the unemployment rate was “comfortably” below 6 per cent, some of these assistance measures would be withdrawn and there would be a stronger focus on debt and deficit reduction.