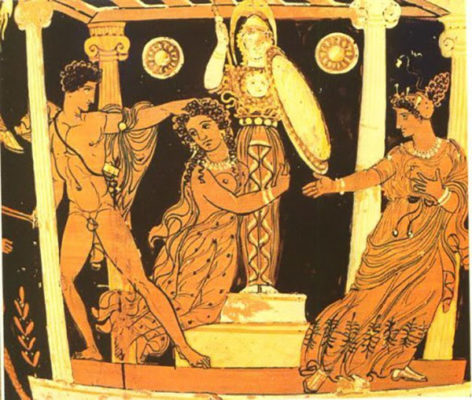 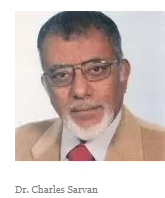 Since some readers may have forgotten, I begin by reminding them of the Cassandra story. She was the beautiful daughter of King Priam and Queen Hecuba of Troy. The god Apollo fell in love with her, and in an effort at seduction, bestowed on her the gift of seeing into the future. When Cassandra still resisted his advances Apollo, unable to take back what he had already presented, turned the gift into a curse: Cassandra could foresee and fore-warn but it would go unheeded. So it is that Cassandra cried out against the impending destruction of her city but no one paid attention. Troy was destroyed; she was dragged away to slavery and later murdered. Cassandra has come to stand for anyone who warns of coming danger but is ignored. (In a figurative sense, I suppose a Cassandra-figure could be a male.) It’s a terrible curse: take for example, a parent who sees clearly that the path the son is treading, if persisted in, will definitely lead to failure; even to damage and destruction. The parent urgently and desperately warns, pleads, cajoles but all to no avail.

In Sri Lanka, there are a few Cassandra-like voices urging people to read and heed “the writing on the wall”: Book of Daniel, The Old Testament. (I have particularly in mind a Sinhalese Buddhist who contributes with erudition, courage and clarity to the media but I’ll not name her. Since she lives in the Island, I do have concerns for her safety.) The Greeks believed in fate: as do some religious groups and individuals today. Fate or destiny was to the Greeks the decree of the gods which nothing could change. Tragic Oedipus, learning with horror that he would kill his father and marry his mother, attempts to foil his fate by running away but, ironically, in running away he actually runs towards it. Many of us subconsciously think of the future as something already fixed; a completed book whose pages time will turn. “I wish I knew what he’ll grow up to be.” “I wish I knew what’ll happen next week”. “I wish I knew who will win the race (or election)”. Such comments suggest that the future is there, waiting for realization. But contemporary (political) Cassandras do not believe in fate. On the contrary, they foresee a result or outcome which, if timely recognised and acted upon, can be avoided or averted.

That Cassandras can raise their alarmed and cautionary voices may point to the existence of free speech but this can be illusionary. The murder (2009) of the editor of the Sunday Leader, Lasantha Wickrematunge is but the tip of a menacing iceberg, and there have been several other victims. Still others have been manhandled; roughed up in an effort to discourage and silence them. Some have opted for caution over courage and either are silent or exercise self-censorship.

In many a country, while ‘free speech’ is permitted ‘hate speech’ is banned and can lead to prosecution. Hate-speech feeds group prejudice; it fuels the fires of hatred but in some countries it is indulged in “freely”, particularly by monks, priests and political leaders. It’s in such a climate and context that the Cassandras issue their warnings about the danger they see to present freedom, both political and personal. This leads us to different forms of government. At present, Sri Lanka has a democratic, more precisely and honestly, a majoritarian form of government. Totalitarian forms set out to regulate every aspect of state and private behaviour: Stalinism and fascism are examples. Regarding fascism, I cite lines from an article of mine published by the Island newspaper, 12 October 2005.

All fascist states are dictatorships, but not all dictatorships are fascist. Fascism is an extreme right-wing ideology that celebrates the nation or the state above all other loyalties: Fascism, preaching the cult of the nation, contempt for rationalism and universalism, and hatred for democracy, liberalism and Marxism constantly maintains an “atmosphere of feverish excitement”: The New York Review of Books, 12 May 2005, page 52. However, where “nation” is concerned fascism, rejecting multi-ethnicity and inclusiveness (attitudes and treatment urged by expatriate Sri Lankans of their new hosts and homes but which they continue to deny to minorities back home) claims that one group, and only those composing that group represent the “true” nation. It’s a “racial”, linguistic or religious nationalism. Fascism harbours and propagates notions of group “purity” and exclusiveness. It excludes those outside the privileged group, even though they may have lived in the country for generations. An exclusive and excluding belief in one’s own group leads to notions of superiority: every single member of the group, irrespective of character and conduct in private or public life, irrespective of qualification or contribution, is superior to any and all of the “other”. If this prejudice allows exceptions, it’s on the argument that “exceptions prove the rule”. So all “white” people are better (in intelligence as in morality) than all people of colour; all men are superior to all women; all Sinhalese are superior to all Tamils, and so on. (One can have individual friendship with ‘outsiders’, and at the same time dislike the group to which she or he belongs.) Fascism claims to be inspired by, and to seek the re-establishment of, a past that was great and glorious, wholesome and pure: the ideology is secular and spiritual, martial and romantic, violent and idealistic, revolutionary and conservative.

History shows that often a corollary of righteousness is cruelty: the ready and unquestioning willingness to be cruel to those who are different or who differ. To hate and to be violent become badges of virtue and patriotism: the greater the hate, the greater the willingness to be intolerant and violent, ipso facto, the greater the patriotism. Fascism may mobilise the masses in the struggle for power but is against socialism because the latter sees the “nation” on the basis of the horizontal lines of class, rather than on the vertical lines of “race” or religion. Socialism forms links, makes common cause, with workers from other groups, both within and outside the country. This, in turn, is seen as leading to, if not divided loyalties and sympathies, then to a dilution of total commitment to the state, its leader and his immediate supporters. Fascism may achieve power through legitimate means, but its true and awful nature is revealed only once it’s securely in power – in other words, when it’s too late.

The word “scapegoat” derives from the old Jewish tradition of symbolically placing all the sins of the community onto a goat, then chasing the unfortunate creature out into the wilderness, and so cleansing society: fascism fashions its own scapegoats, and tries to exterminate or to drive them away into the political, economic and social wilderness. At the very least, fascism will attempt to bring that (scapegoat) group under total control, and subordination. (End of citation.)

In the words of Hannah Arendt’s The Origins of Totalitarianism (1951), such undemocratic forms are monsters that finally devour their own children. These “monsters” create or exploit the cry for the strong man, the longing for the great leader who will march the people away from chaos and poverty into a glorious new dawn. They begin by using and abusing democratic freedoms in order to abolish them: Hannah Arendt. One of the tools of political and public figures is the mob: and I write this in the month of July, conscious of the horrific anti-Tamil pogrom of July 1983. (I recently met a Sri Lankan living here who recently had an unpleasant racist experience. I offered him words of commiseration and encouragement but he replied: “That’s nothing to what my family and I experienced in 1983 back home”.) The mob is part of the people and yet conveniently distanced and made distinct by them. Persecution is possible only once a group has been rendered powerless. So-called intellectuals and academics set about sanitising the actions of the mob. They minimise; offer excuses and ‘learned’ explanations. Protest, as long as it is only by the powerless persecuted, will not be effective. When the military officer, Alfred Dreyfus, was unjustly accused and consigned to prison on Devils Island, his family and some fellow Jews tried to establish his innocence but to no avail. It’s only when the (non-Jewish) French took notice that the state and its machinery of justice began a review of his case. Among those who publicly protested was the writer Zola (1840-1902) and his open letter, J’Accuse, is justly famous. Moved by the passion to shed light in the name of humanity which has suffered so much and is entitled to happiness (Zola), he bravely listed the names of guilty army officers.

The Cassandras of Sri Lanka urgently, desperately, warn of an impending deep darkness. Whether a reaction to them as alarmists and eccentrics is right, time will tell; whether their sounding of the alarm bell was justified, unfolding events will show. But since the future is not already written, the onus is on us.  To a considerable extent, it is we human beings who turn the future and its various possibilities into the reality of the present: we must not “sleepwalk” into disaster. It is we who create the “fate” which we enjoy or suffer – of course enjoyment for some can mean suffering for others. Right or wrong, the voice of Cassandras must be heard and considered: to dismiss them without pausing; to ignore or ridicule them may prove perilous.