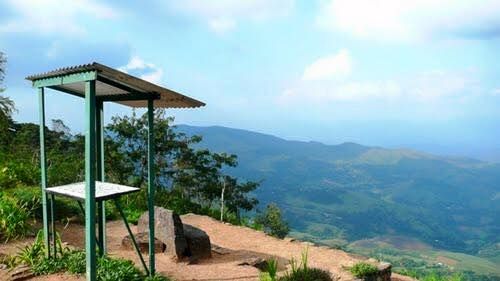 Situated in Loolkandura Estate in Kandy, this rock seat was utilized by *James Taylor, the pioneer of tea plantation in Sri Lanka. With spectacular views of the surrounding mountain ranges, this unique seat is located in the first tea estate in Sri Lanka where the first tea plant was planted by James Taylor in 1867. A unique decision of James Taylor was to name the estate as *“Loolecondera” (original name was Loolkandura in Sinhala), the local name for the area. When all other planters who setup tea estates in Sri Lanka named them with English names close to their hearts, Taylor named his estate “Loolecondera”, by the local name of the area Loolkandura as he was able to pronounce it.

Although, not as popular as *Lipton’s Seat, James Taylor’s Seat is also popular among local as well as foreign tourists.

Loolkandura Estate in Kandy District is the location where the first patch of tea was planted as a test after the failure of coffee plantation in Sri Lanka. With the success of this plantation, 21 years old planter James Taylor who was in charge of this tea plantation is immortalized and has become a part of post-colonization history of Sri Lanka. As a planter, Taylor cleared 19 acres of land in Loolkandura (at present the location is known as Field No. 07) and started his tea cultivation which was a great success. When he passed away at the age of 57, tribute was paid to him with memorials to the places he used, especially the seat he used to survey his tea estate naming it as “James Taylor’s Seat”.

As a tribute to James Taylor who popularized *Ceylon and *‘Ceylon Tea’ worldwide, Loolkandura Estate has restored several locations utilized by Taylor including the first tea patch, at present known as No.7 field of the Loolkandura (Loolecondera) Estate, the rock seat, the well, the tea kiln as well as the chimney of the log cabin (the only remaining portion of the cabin) utilized by Taylor which are archaeological protected monuments declared by a government gazette notification published on June 6, 2008. 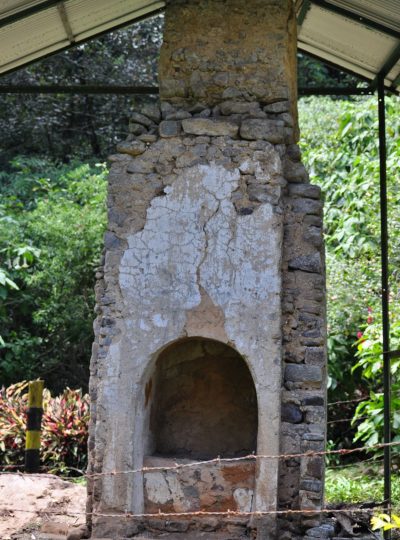 Born on March 29, 1835 in “Mosspark Cottage” in Monboddo Estate in Kincardineshire, Scotland, James Taylor was the eldest of his family. The sixteen-year-old Scot, son of a modest wheelwright never saw his native country after arriving in Ceylon. Taylor arrived in Ceylon in 1852 having signed a contract for three years as an assistant supervisor on a coffee plantation. With the onset of the coffee rust disease, Taylor visited Assam, India in 1866 to study about tea plantation techniques. Upon his return in 1867, he commenced tea plantation in Loolkandura Estate. By 1872, Taylor possessed a fully-equipped tea-house and a rolling machine utilized for tea production. This rolling machine is considered as the first machine utilized in the tea industry of Sri Lanka.

Five years after he assumed duties, his employers, Harrison and Leake were impressed by the quality of his work and Taylor was assigned duties at the Loolkandura Estate (then Loolecondera Estate) and instructed him to experiment with tea plants. Peradeniya nursery supplied him with his first seeds around 1860. He cleared 19 acres of forest in Hewaheta Lower Division and planted the first seedlings which became a success which finally caused his downfall as well. ‘Ceylon Tea’ became a popular brand internationally and large tea companies flocked in to “Ceylon Tea” market and commenced consolidating small estates. Loolkandura (Loolecondera) Estate, a small tea plantation too was caught in this consolidation and Taylor was eventually dismissed by the estate management. Yet, Taylor remained in Ceylon, instead of returning to his native land. On May 2nd 1892, at the age of 57 years, one year after being dismissed, Taylor passed away and his body was buried in Mahaiyawa Cemetery in Kandy.

Tea estates around Deltota including Loolkandura (Loolecondera) Estate located in the Kandyan foothills are some of the oldest in Sri Lanka. These tea estates are less visited compared to other tea estates in Sri Lanka’s hill country.

Opening hours of the Estate are from 7.00 a.m. to 5.00 p.m. daily and a parking fee is charged for vehicles. As the trail to the Estate is rough, a 4×4 wheel is suitable for the journey.

Directions from Peradeniya: Travel along Doluwa Road and after passing approximately 3.5 kilometers, turn left to Wariyagala – Illagolla Road. Thereafter, turn right to Galaha Road passing Hindagala, Mahakanda, Galaha and Deltota to reach the entrance to the Loolkandura (Loolecondera) Estate. and turn right at Loolkadura Tea Estate to James Taylor Road to reach your destination. To reach the above landmarks in Loolkandura (Loolecondera) Estate, it is necessary to travel a further 4 kilometers inside the estate on winding roads.