Loretta Koch, former singing sensation of one of Sri Lanka’s most popular bands of the 1960s, jetted into Melbourne this month to perform at the much-talked about event, ‘Alston Koch’s 50 Years in Showbiz’, at The Grand Receptions, on 9 September.

Loretta, the Jetliner’s answer to ABBA’s Agnetha Faltskog, came out of retirement after 45 years for her “first and last public performing foray”, according to her. After years of declining invitations to perform publicly at reunion concerts both in Sri Lanka and Australia, she teamed up with cousin Alston Koch and international entertainers to show her fans that she still has what it takes. “Alston twisted my arm,” she said. “He convinced me to perform with him and get a crack at reliving the nostalgia and getting that adrenalin pumping again like we used to when we performed together on stage. I had a long, hard think about it, and found myself saying yes. I had to pinch myself to see if I was dreaming. I couldn’t believe I had just accepted his offer.”

Loretta didn’t disappoint and gave guests a glimpse into her singing heyday in Sri Lanka, performing her solo hits, Those were the Days and Nobody’s Child, among others dedicated to her family. She also showed off some of her old ‘moves’ that fans used to love, accessorizing her performance and getting rousing cheers from guests. Loretta’s first solo track was Summer Wine recorded in 1968, along with another favourite Rose Garden. She shared the stage on 9 September with other Australian international singers Frank Ifield, John St Peeters and Donny Sutherland invited to perform at Alston’s celebratory event.

Loretta hails from a musical family, her father Fred Koch was a comedian and entertainer extraordinaire, mother Pam played the piano, younger brother Roger sang with the group, Justinians, and together with sister Pauline, Loretta took part in the Maliban Talent Quest, the talent show of the day in the 1960s. Her home was constantly filled with music and dancing, so it was no mistake that she was inspired and destined for the stage and singing. Her musical story continued and her star continued to grow brighter until she quit the Jetliners and her successful singing career in Sri Lanka for Australia.

Loretta migrated to Melbourne with her parents in 1971, married, and then emigrated to settle in the UK, where she raised her family of two children, Amanda and Steven, with former Lipton Tea Group executive husband, Ivor Davies. Now a grandmother to two grandchildren, Jack and Olivia, she chose to chase the European sun and these days resides in Marbella, in southern Spain, with partner George Fisher, enjoying the warm weather along with many other expatriates from cold and wet England, with no regrets, her singing days far away in the distant horizon.

But that was until her change of heart to perform in Australia. Her fans who flocked to see her at the Grand on Princes were in the majority regular visitors to Sunday nights at the Galle Face Hotel’s nightclub, the Coconut Grove, the rocking hotspot where Loretta performed as a singing duo with Mignonne Fernando and other well-known Sri Lankan crooners such as Alston Koch, Conrad de Silva and Sohan Peiris backed by the many talented musicians of the Jetliners band, cutting many vinyls, singles and LPs. The group also performed in Singapore and Indian nightclubs, making a name for themselves in the Asian entertainment world under the management of Jetliner’s Manager, Tony Fernando.

Her fans are hopeful that Loretta’s singing drought has broken and that they will get to see her perform again, with offers already in from Sri Lanka and England. 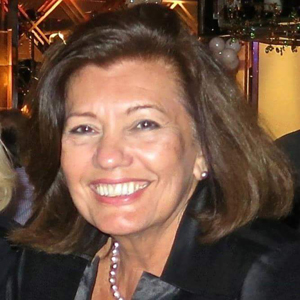