Located about 324 meters above sea level among verdant vistas, cascading waterfalls, terraced paddy fields, misty spectacular mountains, Meemure is an isolated paradise hamlet in the *Central Province with a population of about 400 people, away from modern day civilization.

With exceptional natural beauty, magnificent fragrant wild flowers, arecanut (Areca catechu) and kithul trees (Caryota urens), reed bushes and cattle grazing in home gardens, eco friendly houses made of clay and spear grass, boundaries of houses as well as lands demarcated by stone-ridges with stones piled neatly, wooden fences leading to large home-gardens with rock stones as steps to reach the houses, this highland hamlet is a serene paradise nestled among breathtaking mountains. One boundary of Meemure is marked by the gently flowing Karambaganga Ela (Ela meaning stream in Sinhala).

The hamlet is encompassed by scenic pyramid shaped *Lakegala Mountain from the east, picturesque *Knuckles Mountain Range from the west, Heen Ganga (ganga meaning River in Sinhala) to south and to north a forest spreading towards *Pitawala Pathana grassland.

According to folklore, Meemure received its name from the abundant Mee trees (Madhuca longifolia) in the village.

Located near the border of *Kandy and *Matale Districts and situated approximately 50 kilometers from Kandy City and about 175 kilometers from Colombo, the only access to Meemure is via a 14 kilometer trail from Loolwatte in the *Hunnasgiriya Mountain Range, a part of Knuckles Mountain Range. This picturesque village became a popular tourist destination after the screening of the Sinhala movie “Sooriya Arana” which was filmed in breathtaking Meemure.

As there is no direct mail delivery to Meemure, a villager travels daily to Thepal Junction or Mail Junction situated on a hill (Thepal meaning mail in Sinhala), to exchange incoming and outgoing postal mail with a postman from the nearby Post Office. As there are no telecommunication or cellular facilities, postal service is the only mode of communication for villagers in the remote hamlet.

According to folklore, the village dates to over 5000 years. 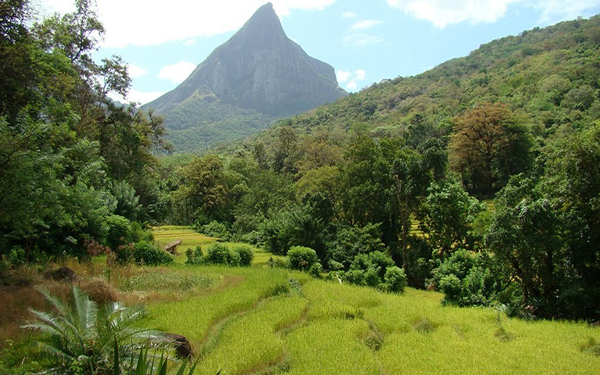 There are many streams flowing through Meemure originating from the Knuckles Mountain Range, catchment areas of water supply to the village.

Meemure is a breathtaking nature paradise with endemic fauna and flora; home to over 130 species of birds with 10 migrant species and 20 endangered species, 25 species of freshwater fish with 8 endemic and 7 endangered and 20 species of amphibians with over 12 endemic.

Vegetation of Meemure is similar to Knuckles Mountain Range with lowland semi-evergreen forests to Montana forests.

There is only one tiny shop in Meemure, similar to shops known as “Game Kade” (meaning Village Shop, located in many remote villages in Sri Lanka) for villagers to buy essentials such as salt and sugar.

Until 2004, the only mode of transport to Meemure was pack-bulls. Earlier, the road leading to Meemure was a footpath. At present, it has been widened, but not yet carpeted with certain places in a rugged condition. With the advent of new transport methods, trishaws, jeeps and trailers are used to transport goods to the hamlet.

Meemure is a fine example of sustainable tourism.

As villagers of Meemure lead a simple unsophisticated lifestyle, it is necessary for tourists to respect their lifestyle while touring the village. 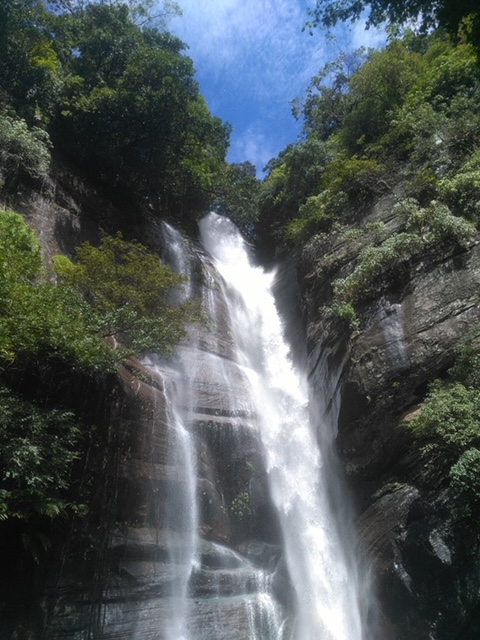 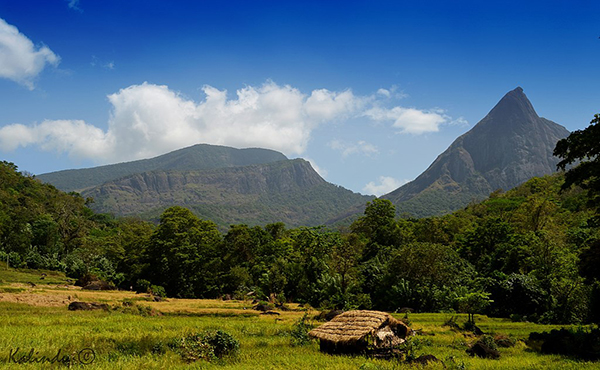 As Meemure is a spectacular and pristine hamlet, it is essential to keep the terrain immaculate.

Take only photos… Leave only footprints…