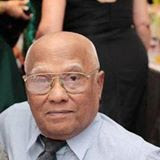 Transcript
We do not think of our immune system in our body when it comes to healthconscious living, but we are more concerned with our cholesterol levels to keep the ticker working.

It is a very complex system composed of cells and proteins defending us against infections. Proteins are amino acids. These compounds help turnkey players in your immune system- T cells, B cells and antibodies- into germ fighters that spot and kill harmful cells that enter your body before they can start an infection.

So how do we improve this complex network to live an infection free life, especially relevant today when we are afflicted with the worst deadly virus spreading globally, numbers are in flux, but appear worse than the seasonal flu.

The immune system keeps a record of every germ or microbe ready to attack us, make provisions to destroy quickly when it enters the body, and our body develops an immune system to prevent further invasions. These records are kept in the white blood cells labelled the B and T-lymphocytes, and hence referred to as the memory cells.

The principle involved in vaccination is all about that. The dead attenuated germ is injected just under the skin, for our inherent immune system to activate and build antibodies or call them defensive soldiers to attack the enemy or to be exact destroy the antigen the protein element in the germ or microbe.

A weak immune system can cause recurrent infections from external sources, can lead to allergic diseases, immunodeficiency and autoimmune disorders.

Parts of the immune system

The main components of this army in our body that fights infections are the white blood cells, antibodies, the complement system, the lymphatic system, the spleen, the thymus and the bone marrow.

Will antibodies form for the antigens in corona virus?
Now for the first time, researchers at the Peter Doherty Institute for Infection and Immunity understand how humans fight off the virus.

“The immune cell populations we have seen emerging before patients recover are the same cells that we see in influenza,” she said.

Very little is known about how coronavirus acts, as it’s so new.

In this new research, scientists have taken the blood samples of one of Australia’s
first patients diagnosed with coronavirus and identified the antibodies recruited by
the body to fight the illness.
“It’s the first paper that shows the body can give immunity and fight back and
recover,” researcher Carolien van de Sandt said.
“This information will allow us to evaluate any vaccine candidate as in an ideal world
the vaccine should mimic our body’s immune response,” Professor Kedzierska said.
Foods that boosts immune system
Mushrooms
Acai Berry Benefit
Oysters
Watermelon
Yogurt
Spinach
Tea
Sweet Potatoes Miso Soup
Broccoli
Garlic
Chicken Soup
Pomegranate Juice
Ginger

Busy Little Bugs in the gut
About 70% of the immune system lies in the gut. Healthy, balanced gut flora makes for a strong immune system.
We need to care for their wellbeing and the diverse ecosystem to boost our immune process in the body.
Prebiotics like resistant rice, onions, high fibre foods are their foods. Fibre in the
foods are digested and fermented by these microbes to produce chemicals to safeguard the health of our gut and elsewhere.
Probiotics such as yogurt, Kimchi, Sauerkraut supplies the good bacteria to safeguard our immune system.
Does coconut help to minimise the spread of corona virus?
Out of all cooking oils that we use, coconut kernel and the milk seem to have
antimicrobial effects due to Lauric acid making up to 50 percent of the fatty acids.
They destroy harmful pathogens, such as bacteria, viruses, and fungi.
Olive oil so popular in the Mediterranean countries used as a cooking oil has no antimicrobial properties.

Most Western countries like US. UK and the Mediterranean belt over 1000 have
contracted the disease and the death rate is much higher.
From these stats it appears that the medium chained fatty acid Lauric acid seem to
minimise the incidence of spread and death among people who eat rice and curry.
Do common spices and herbs have antiviral properties?
Common kitchen herbs, such as basil, sage, and oregano, and spices like chillies,
turmeric, coriander, ginger, garlic and other curry powders used daily to spice
curries have powerful antiviral effects against numerous viruses that cause infections
in humans, and may be against the COVID virus.
I visited one of the spice shops in Sydney, and the sale of spices, rice, pulses, seeds,
canned products have been sold much more than previous months.
They have enough stocks to cater to the regular customers in Sydney with no
shortages in the future.
Conclusion is that those dietetic ingredients used for Asian cuisines may have a
deleterious effect on the corona virus.
Good News
– A 103-year-old Chinese grandmother has made a full recovery from COVID-19 after
being treated for 6 days in Wuhan, China.
– All 7 patients who were getting treated for at Safdarjung hospital in New Delhi
have recovered.
Good news from South Korea, where the number of new cases is declining.
So it’s not all bad news. Let’s care for each other and stay focused on safety of
those most vulnerable.