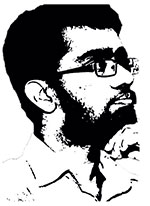 Newton Gunasinghe, easily one of the most brilliant minds of 20th century Sri Lanka, was the country’s first Marxist anthropologist. Gunasinghe’s contributions to the fields of social science and anthropology have not gone unacknowledged. Yet it took some time for his essays and scholarly works to be published: his doctoral thesis on Kandyan social relations came out in 1990, two years after his death, while a collection of his articles followed six years later. The Social Scientists’ Association, of which he had been a leading light and face, undertook the publication of both works. Together with Kumari Jayawardena and a handful of other scholars, he remains an authoritative name for social science students.

In his obituary for Gunasinghe, Jayadeva Uyangoda attempted to sum up his contributions to these fields. Uyangoda essentially argues that serious scholarship did not become a high point of local Marxist scholars until Gunasinghe’s time. Anthropology, considered for long a child of colonialism, had imbibed what he characterises as a “liberal” tradition.

In other words, the likes of Ralph Pieris and Gananath Obeyesekere could not be considered as part of a Marxist lineage. Accordingly, it was Gunasinghe who brought about a revolution, or shift, in the social sciences in Sri Lanka, overseeing a transformation that would define the course of the discipline throughout the years, and decades.

The length and breadth of Gunasinghe’s scholarship cannot be denied, or underrated. What he did was to bring about a synthesis of theory and research when studying the role of class and social relations in rural society. In his doctoral thesis, he attempted to chart no less than the evolution of those relations before, under, and after colonialism. This was perhaps the most groundbreaking piece of social science scholarship since Kumari Jayawardena’s studies of the labour movement. Not surprisingly, Gunasinghe shifted focus from urban elements to rural Sri Lanka, an area which, if we are to believe Uyangoda, had long remained the domain of “liberal” scholars, like Pieris, Obeyesekere, and Edmund Leach.

Obviously, one cannot assess such scholarly endeavours in isolation from the scholar’s own intellectual evolution. Before assessing and appraising that evolution, however, it would be apt to situate him within a specific historical context.

Gunasinghe’s development, as a leading anthropologist in the 1960s, mirrored a paradigm shift in the social sciences. Centring on and revolving around Peradeniya University, this shift followed a turnaround in historical scholarship from its empiricist roots in favour of more Marxist conception of the subject. Even though Marxist historiography never became a dominant strain at Peradeniya, or any other university in the country, it nevertheless spelt out important consequences for other disciplines, the social sciences in particular. That, in turn, mirrored a bigger shift in such domains across Western Europe. 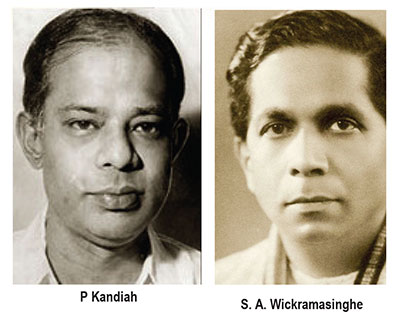 Gunasinghe responded to these transformations as they unfolded. In the first phase of his career, he adopted a Marxist political-economic approach to the study of rural structures. Yet as much as the debates of the 1960s gave pride of place to Marxist scholarship, they also led to transformations, affecting the very basis of that scholarship. As Gunasinghe was to realise later on, he could not remain immune to them.

It was against that backdrop that he read and studied Gramsci and Althusser, from whom he came to appreciate the role of ideology in the formation of social structures. This would have a profound impact on him after he entered the Institute of Development Studies in Sussex, where he had moved to, after a stint at Manchester University. His conversion from political economy to Gramsci and Althusser mirrored this physical shift: from the hub of the industrial revolution, Manchester, which had provided Engels with material for his studies of the English working class, he had moved to development studies, far away from doctrinaire Marxism. That, at least, is what Uyangoda seems to imply in his tribute.

Uyangoda contends that three ideological strands influenced Gunasinghe, during the 1970s: Althusser’s notion of epistemological rupture and overdetermination, and Gramsci’s idea of hegemony. This was not unique to Gunasinghe, nor to Third World scholars: the 1970s, more or less, witnessed the globalisation of Gramscian and Althusserian theory. Indeed, one of the more seminal contributions to Gramscian theory came in the late 1970s, with Stuart Hall’s essays on Thatcherism. Though the likes of Hall and Perry Anderson were criticised and even ostracised for foregoing on classical Marxist theory and trying to apply a theory grounded in the historical experience of early 20th century Italy, the spread of Gramsci’s ideas could not be held back. Althusser’s run-ins with the French Communist Party, accordingly, symbolised a need to move away from the tenets of classical Marxism.

Gunasinghe’s shift from the Marxist political-economic approach he had opted for and the Gramscian-Althusserian approach he was now opting for worked out at the level of theory and practice. At the level of theory, he applied Althusser’s notion of overdetermination to the ethnic conflict in Sri Lanka: in effect, he contended, the class dimensions of the war had been or was being replaced by its ethnic character. What this necessitated, for him, was a strategy to prevent the conflict from losing its class character: for that, he argued in a piece in the May 1, 1984 edition of the Lanka Guardian, the Opposition had to combat all racialist-communalist elements within its ranks before fighting the government. Otherwise, the class struggle faced the dismal prospect of being subsumed by the ethnic conflict.

At the level of practice, Gunasinghe played a more prominent part in organisations and institutions set up to combat racialism and communalism, particularly the Movement for Inter-Racial Justice and Equality or MIRJE. His earlier preoccupations had been in working class and peasant movements. To note his shift is not to suggest that by moving from the one to the other, he forwent on his concerns for workers and peasants. But from the one to the other, there certainly came about an intellectual turnaround: from material issues, he was now involving himself heavily in identity politics and ethnic concerns. Fittingly enough, he wrote several essays on these matters to various newspapers and journals.

Yet it is a testament to Gunasinghe’s abiding concern for the country’s politics and people that even this phase did not last for long. Towards the end of his career and life, Uyangoda argues in his tribute, Gunasinghe seems to have been dissatisfied with the approach he had taken to, inter alia, the ethnic conflict in Sri Lanka. In Uyangoda’s own words, “he came to the theoretical conclusion that it is the social structures that determine, in the final analysis, ideological formations and transformations.” Representing a turnaround from his earlier position, it epitomised his return to Marxist political economy. Uyangoda takes great pains to show that this was “not a mere moving back to the old master, Marx”, yet he argues that he considered whether ideology responds to “changes in the social structure”, which is an eminently classical Marxist approach in my book. In any case, Uyangoda himself admits that Gunasinghe “returned to Marx via Max Gluckman and Louis Dumont.”

To me, this is the most crucial volte-face that Gunasinghe underwent in his career. But it is that phase which writers do not touch upon in their appraisals of the man: perhaps because he did not really go through such a phase, given his passing away in 1988. Yet to me it shows clearly that he had grown a little disillusioned with his shifts to Gramsci and Althusser, and that he had perhaps come to realise that mere application of their theory would fail to draw up a comprehensive picture of the country’s political situation. 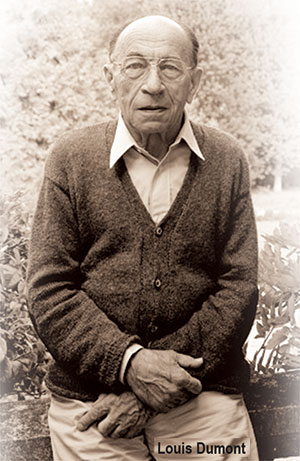 That is why I disagree with Uyangoda’s assertion or rather assumption that Marxist scholars from before his time did not engage properly with field research. True, our Marxist thinkers and theoreticians were attached to political organisations, and they were hardly mobilising rural and working class elements for Masters or PhD dissertations. Yet one has only to read the likes of Hector Abhayavardhana and P. Kandiah to realise that their contributions were insightful and nuanced. These doubtless provided Gunasinghe the theoretical grounding for his own work, a point Uyangoda does not, for some reason, explore or probe.

Indeed, the point can well be raised that for Marxist political activists, working and living among the peasantry and working class became their fieldwork. Their engagements with these social groups, during the Suriya Mal campaign, in the Sabaragamuwa Province, helped them understand agrarian issues from a grassroots and Marxist perspective. Their research and volunteer work, during the anti-Malaria campaigns of the 1930s, moreover, helped urban Marxist intellectuals grasp the dynamics of rural social stratifications, especially with regard to caste: hands-down the least understood social phenomenon in Sri Lanka.

For me, the insinuation that local Marxist scholars were not scholarly enough in their work underlies a condescending attitude to the pioneers of Marxist scholarship in the country. It implies that those pioneers were not rooted in the society they lived in, and that they rigidly applied classical Marxist theory to their surroundings. What is ironic about such arguments is that they are no different to the arguments Jathika Chintana ideologues propound with relentless passion: that Marxists in Sri Lanka worked within a Western framework.

For Sinhala nationalists, Marxism failed to bond with the cultural roots of their country; for ex-Marxist academics, Marxism needs to move away from its engagement with material issues. That Newton Gunasinghe’s career shows the pitfalls of going down the latter path is something social scientists may not admit to. For me, though, the evidence is clear: having retreated a little from issues of relative advantage, none less than Sri Lanka’s finest Marxist anthropologist returned to them in his last few years. It is my belief that if social science in Sri Lanka is to return to its roots, it should follow a similar trajectory. This is a never ending debate, but one that is yet to actually begin over here.