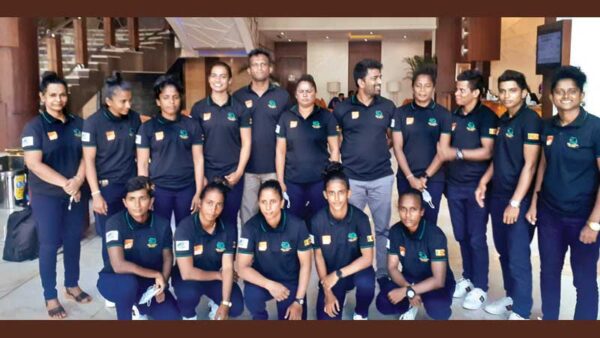 The Sri Lankan women’s 7s team along with some of the men’s 7s team members on their arrival in Dubai prior to Asian 7s rugby tourney.
Source:Dailynews

The Sri Lanakn Men’s and Women’s teams arrived in Dubai yesterday evening to participate in the Asian Rugby Series tournament organised and conducted by the Asia Rugby.

The Men’s team will be led by Adeesha Weeratunga while Dilani Pallikkondage will captain the Women’s team. All arrangements are finalised to host this event in grand style at the National Sports Centre grounds in Dubai on 19 and 20 November.