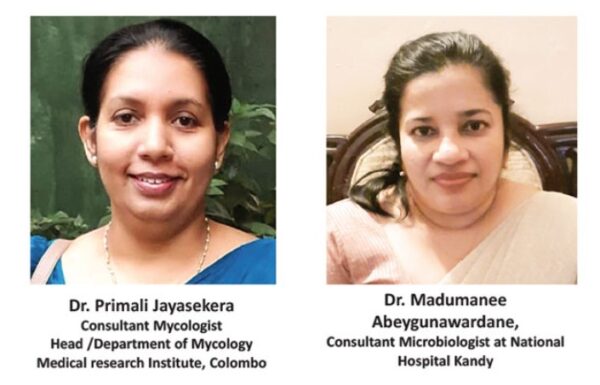 Antimicrobial resistance (AMR) has become a global health and developmental threat. World Health Organization (WHO) has declared it as one of the top 10 global public health problems facing humanity, and at the same time it has also shown to have a major impact on animal, plant and environmental health. The misuse and overuse of the drugs are the main causes of this problem, and awareness as well as proper actions by the stakeholders including policymakers, healthcare providers and the general public, is of utmost importance to combat this threat.

Q: What is the significance of World Antimicrobial Awareness Week (WAAW)?

WAAW is a global campaign, held annually since 2015, which aims to raise awareness of antimicrobial resistance worldwide and encourages best practices among the general public, health workers and policymakers to slow the development and spread of drug-resistant infections.

This year, the WHO has declared the period from 18th to 24th November, 2021, as Antimicrobial Awareness Week with the theme, “Spread Awareness, Stop Resistance”.

Q: What are antimicrobials?

Antimicrobials are medicines that are used to prevent and treat infections in humans, animals and plants which include antibiotics, antivirals, antifungals and antiparasitics.

Q: What is Antimicrobial Resistance (AMR), and how does it occur?

Antimicrobial resistance occurs when bacteria, viruses, fungi and parasites change over time, usually through genetic changes, and no longer respond to the drugs. The misuse and overuse of antimicrobials in humans, animals and plants are the main drivers in the development of drug-resistant infections.

Q: Why is Antimicrobial resistance a major concern?

Antibiotics are becoming increasingly ineffective as drug-resistance spreads globally making treatment of infections harder. It increases the risk of disease spread, severe illness and even death, following any common infection.

Currently, we observe the treatment of bacterial infections including urinary tract infections, pneumonia and sepsis becoming difficult with high rates of resistance against antibiotics in all the hospitals of Sri Lanka. Bacteria like Klebsiella pneumonia Acinetobacter spp have become major causes of hospital-acquired infections such as pneumonia, bloodstream infections, and infections in newborns and intensive-care unit patients. We are observing such bacterial organisms becoming resistant to all antibiotics available in Sri Lanka, leaving no option to save lives of the patients with such infections.

Q: How does it affect the healthcare and economy of our country?

The cost of AMR to the economy is significant. In addition to death and disability, which is irreversible, prolonged illness results in longer hospital stays, the need for more expensive medicines and financial challenges for those affected. Being a developing country with the majority of the people depending on free healthcare services, the additional cost it entails is significant.

Without effective antimicrobials, the success of modern medicine such as organ transplants and cancer treatment (chemotherapy) would be impossible with no option to manage infections.

Raising public awareness of antimicrobials can help reduce the misuse of them and slow resistance emergence as a result.

Q: What is the role the public can play in preventing AMR?

It is important to make the public well aware that no antibiotic can cure viral infections including COVID-19. Besides, the consumption of antibiotics without any indication can be harmful.

Other practices which contribute to the emergence of antimicrobial resistance are as follows:

Self-treatment with antibiotics by getting antibiotics over the counter for common colds, diarrhoea, sore throat and chronic wounds.

Incompletion of the antibiotic course (stopping when clinically feeling better).

We need to know that cough and cold, sore throat and diarrhoea are most of the time caused by viruses and they are self-limited. And even for a bacterial infection, it is very important to take the correct dose of antibiotic at the correct time for the correct duration for cure and to avoid the emergence of resistance. A very common example is that many people suffer from urinary tract infections caused by resistant bacteria as a result of not completing the course of antibiotics during the previous episodes.

It is strongly advised to take antibiotics only when a qualified Medical Officer prescribes them.

The emergence of resistance can be slowed by using antibiotics correctly only when indicated, and we can save antibiotics for future.

Q: What is the danger of drug-resistant fungal infections?

Resistance to antifungals is a mounting global public health threat. Existing antifungal drugs are often associated with important negative side effects. Besides, a few new drugs are under development.

Fungal infections also frequently complicate other illnesses. This was most recently illustrated by the devastating impact of mucormycosis (Black Fungus) and invasive aspergillosis during the COVID-19 pandemic.

The world urgently needs to change the way it prescribes and uses antimicrobials. Even if new medicines are developed, we will not be able to keep up with the development of resistance as long as our practices are not changed. Without urgent action, we are heading towards a post-antibiotic era, in which common infections and minor injuries can once again cause death. Therefore, all of us at all levels are responsible for doing our part to save the antimicrobials for the future.