Bandula Warnapura, who captained Sri Lanka in their first ever Test match against England in 1982, has died at the age of 68, the country’s cricket board (SLC) said in a statement. Warnapura leaves behind his beloved wife, daughter, two sons and grandchildren. He breathed his last while receiving treatment for a brief illness in a private hospital. Earlier this month, he was diagnosed with a high blood sugar level and was hospitalized.

“Sri Lanka Cricket is deeply saddened to learn of the passing away of Bandula Warnapura, Sri Lanka’s first Test captain. We wish to express our condolences to the family at this challenging time on behalf of Sri Lanka’s cricketing fraternity,” an SLC release stated.

Bandula Warnapura, who played in two World Cups and led Sri Lanka in its first cricket test but later received a ban for participating in a rebel tour to South Africa, has died. He was sixty-eight.

Warnapura led the country in its inaugural test in February 1982, facing the first ball in that match against England in Colombo. As mentioned, he faced the first delivery and scored the first run for Sri Lanka in Test cricket. In that match, Warnapura scripted the record for opening the batting and opening the bowling in the same Test. He attained this feat in the second innings. He opened batting for Sri Lanka and represented the country in 4 Test matches and 12 One Day Internationals, besides taking eight wickets in ODI’s bowling medium pace.

A look at his professional career 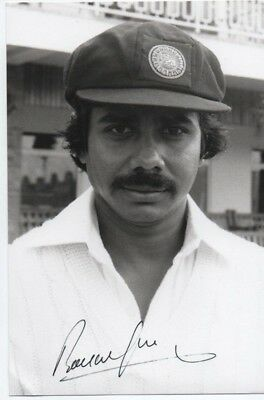 Warnapura, an old boy of Nalanda College captained his alma mater in 1971 and had an illustrious career as a schoolboy cricketer being a member of the Sri Lankan School cricket team who toured India and later captaining the schools’ team in the successful series with the visiting Australian School cricket team. By the Ananda V. Nalanda “big match” day in March 1972 every cricket enthusiast’s attention was drawn to Bandula who has already had a successful season with a number of centuries for Nalanda under the captaincy of Nandadeva Perera. He did not fail his school and bettered a 44-year-old record scoring 118 – highest score in annual big match set by P.M. Jayatilleka who scored 111

“He was an excellent cricketer, administrator, coach, commentator and, above all, a good person, and his passing away is a huge loss for the cricket community,” Sri Lanka Cricket President Shammi Silva said in a statement posted Monday on Twitter. “I am sure his name and deeds will remain in our hearts forever.”

Warnapura played four test matches as an opening batsman and medium fast bowler between February and September 1982, including two in Pakistan and one in India. He also played twelve one-day internationals, including the World Cups in 1975 and 1979 before Sri Lanka was elevated to cricket’s highest status.

As an opening batsman, he also played a moderate speed, but failed to impress with a batting bat in four Tests and scored the highest score of 38 points in Sri Lanka’s first test. Warnapura, who is responsible for the arduous task of leading Sri Lanka, has done a commendable job.

In the 1979 World Cup, he led the Sri Lanka team to replace the injured Anura Tennekoon and led the Sri Lanka team to win a famous game against the Indian team at Old Trafford. It was the best moment of his career. Warnapura served as the captain of Sri Lanka during their trip to India and Pakistan. However, when he decided to travel to South Africa with the rebels in 1982-83, he was banned from participating in Sri Lanka cricket matches. In 1982, he was the Sri Lankan captain in the first Test of P Sara Oval against England in Colombo and continued to participate in 3 Tests and 12 ODIs before his career was interrupted.

His decision later in 1982 to join a tour to South Africa, which was in sporting isolation because of its apartheid policies, resulted in bans from Sri Lanka’s government and the national cricket board. He was one of three players from Sri Lanka’s inaugural test XI who received life bans, which were lifted after several years.

The lowering of the ban was too late for Warnapura to return to the game as a player, but he worked as a broadcast commentator and was a cricket administrator at the national and domestic level.

May the turf lie lightly over Bandula!