“UNITED, WE STAND, DIVIDED, WE FALL” – By Des Kelly

Once again, and MOST IMPORTANTLY, an English phrase comes into being, this time, in reference to a Country that I have always been very proud to call “Home”, an Island that certainly WAS a “Tourist Paradise”, now, in real life, a tear in the Indian Ocean. Because of the recent turmoil, actual tears are being shed by ordinary folk like Mary Fernando and Jilan Rajitha & many others who are feeling the pinch that the obvious lack of tourists produce. These are the people that get my full sympathy, because “tourism” in general, was what helped them to live a contented life and put some simple food on the table for their families and loved ones.

The “Article” that follows, tells the story, so I will not go into details about it. With th new Elections almost upon them, my advice to the new Government would be this.

It does not matter WHO wins this Election, your people will decide that, just REMEMBER that SRI LANKA IS A “TOURIST PARADISE”. FOR IT TO REMAIN AS ONE, TOURISTS MUST BE ABLE TO VISIT WITHOUT FEAR. NOBODY WILL WANT TO COME TO AN ISLAND, EVEN THOUGH IT IS THE ONCE REPUTED “GARDEN OF EDEN”, IF THEY FEAR UNNECESSARY DISRUPTION OF THEIR HOLIDAY.  THEY CAN ALWAYS GO SOMEWHERE ELSE, BUT ” LANKA LOSES”

These are supposed to be intelligent Men & Women who will form the new Government of this beautiful Country.

They MUST say to one another, “We need this Tourism, very badly, so let us heed this warning, given with genuine love.

“UNITED, WE STAND, DIVIDED, WE FALL”

Sri Lanka attacks: The beach paradise that wants its tourists back Sri Lanka’s Easter Sunday suicide bombings killed more than 250 people – and threatened to wreck the country’s tourism industry. But, five months on, there is hope on the horizon, reports the BBC’s Anbarasan Ethirajan in Colombo.

Mary Fernando has been selling clothes to tourists for more than 30 years on Negombo beach near the Sri Lankan capital.

Carrying small cotton bags stuffed with clothes, Mrs Fernando moves from one group of tourists to another trying to persuade them to buy her scarves, casual clothes and beachwear.

She’s among dozens of local women doing business along the beach, which is dotted with resorts and hotels. Their earnings help support their families – and visiting foreigners are their main clients.

But tourists have stayed away from Sri Lanka since Easter Sunday, when a group of local Islamist extremists targeted high-end hotels and churches in Colombo and in the east of the country.

Among those killed in the suicide bombings, were 42 foreign nationals. In the weeks that followed, tourist arrivals dropped by up to 70%.

“There are fewer tourists now. My income has gone down by two-thirds. It is a struggle to sell even $20 worth of clothes now. I hope the tourists will return here soon,” says Mrs Fernando. 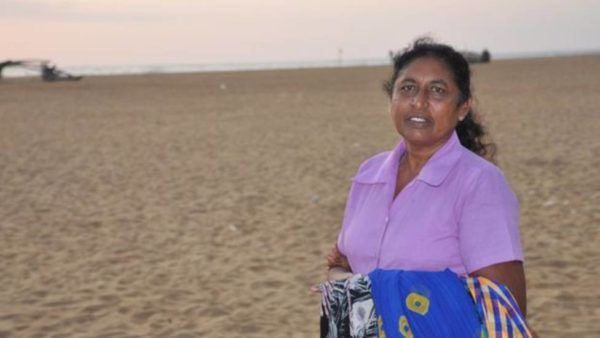 The impact has been devastating: her husband is a fisherman, and in the four or five months a year when he can’t work because the sea is rough, it’s Mrs Fernando’s earnings which support the family.

Sri Lanka’s economic recovery since May 2009 had been a remarkable good news story after nearly three decades of civil war between the army and separatist Tamil Tiger rebels.

That recovery was thanks, in large part, to the country’s silver sandy beaches, highlands, wildlife and heritage.

Resorts and hotels mushroomed along the coast and other tourist hotspots, creating tens of thousands of jobs.

Last year, the island nation attracted a record 2.2 million visitors, earning Sri Lanka about $4.4bn (£3.5bn). It was named as the world’s top tourist destination in 2019 by the travel guide, Lonely Planet.

So when the bombers struck on Easter Sunday it was a bolt from the blue. As images of carnage and grief were broadcast around the world, many countries issued travel advisories warning their citizens to stay away from Sri Lanka. Foreign tourists cancelled visits in their droves.

The hotel industry and its employees were among those worst affected in the downturn: estimates say thousands of workers were either made redundant or their temporary contracts not renewed.

Jilan Rajitha, from the south-western beach town of Bentota, had worked in a nearby hotel for the past three years. All of a sudden his life changed. 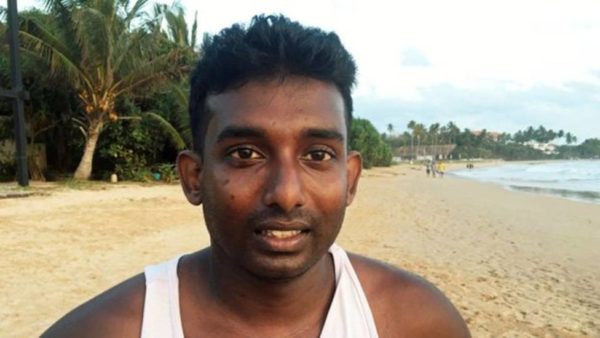 “I lost my job after the Easter Sunday bomb attack. There were sudden cancellations and 50 of us lost our jobs in our hotel. I am trying to make a living by offering some surfing classes. But – as you can see – there are not many tourists,” says Mr Rajitha, pointing to Bentota’s scenic beach.

It was almost deserted, with just a few visitors jogging and walking along its golden sands.

But it’s not just hotels and their staff that have suffered. Tourist guides, restaurant workers and travel companies have also been hit by the massive slump.

However, the situation is gradually improving, five months after the bombings.

The travel advisories have been withdrawn and Sri Lanka has lifted the state of emergency. Realising the grave danger to the tourist industry, the government has taken some steps to support it.

“Hoteliers who have taken a capital loan need not pay both the capital and the interest payment for a year. New loans are being given at a low interest rate for working capital,” says Upali Ratnayake, the director-general of the Sri Lanka Tourism Development Authority.

He says hotel employees who have taken loans have also been given a grace period to repay them.

To attract more tourists, the government has also waived visa fees for visitors from more than 40 countries.

The biggest incentive has been massive discounts offered by various hotel chains. Some have slashed as much as 50% off their original price, boosting winter bookings.

“You know past experiences from other countries showed that we might take nine months to a year to recover. But thanks to God maybe we are recovering a lot faster,” says Hiran Cooray from Jet Wing group, which runs a chain of resorts and hotels in Sri Lanka.

“Our hotels are doing 50%-60% occupancy now – that includes both Sri Lankan and foreign tourists.”

The beaches are no longer as busy as they once were

Indeed, the latest figures show that, even though tourism arrivals declined for a fifth straight month in August to about 28% of last year’s figure, visitor numbers have been rising since May.

The question now is, can this be sustained?

Sri Lanka is gearing up for presidential elections in November, which could see political parties try to polarise voters along religious or ethnic lines. Following the Easter bombings, Muslims and their businesses were attacked in many parts of the country and Buddhist hardliners were accused of using hate speech against them.

Any repeat of tensions could deter tourists.

And then there are lingering doubts over whether the authorities have rooted out all those behind the Easter attacks. More than 70 people believed to be linked to the radicals were arrested, although not everyone is convinced the networks have been completely dismantled.

The government insists the situation is now peaceful and Sri Lanka is once again safe to visit. But the challenge remains to convince people around the world that violence is a thing of the past.