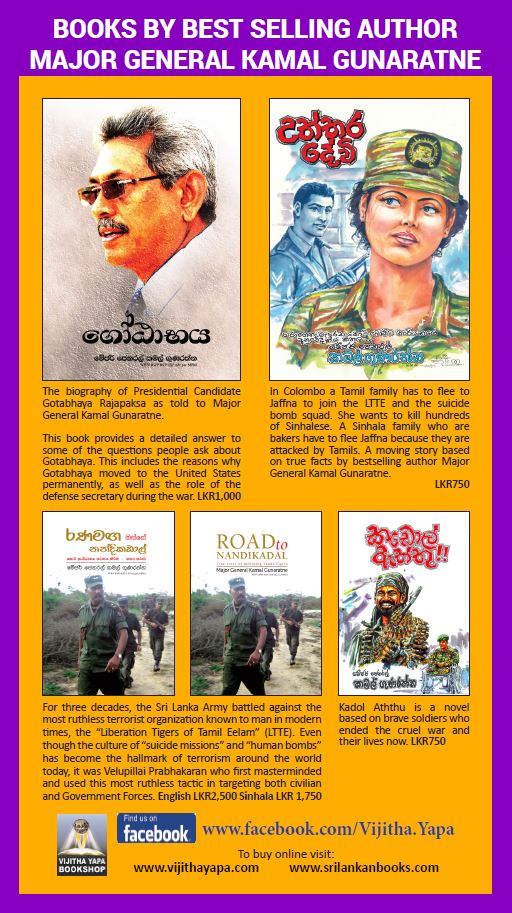 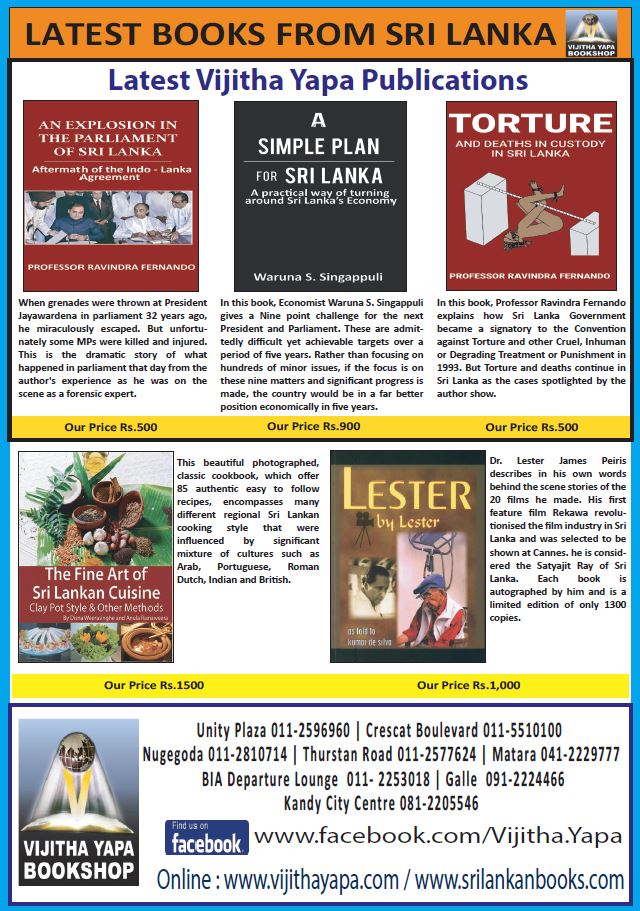 Latest Books from Vijitha Yapa – The History of Royal College 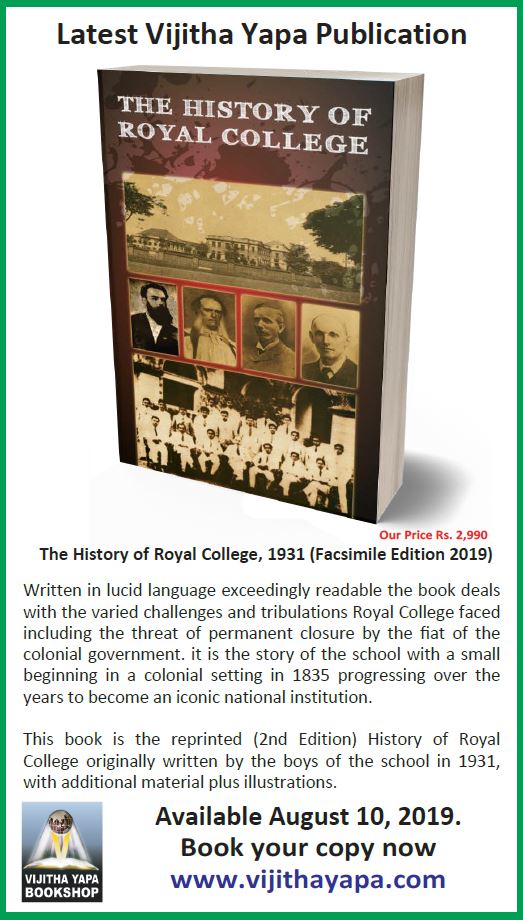 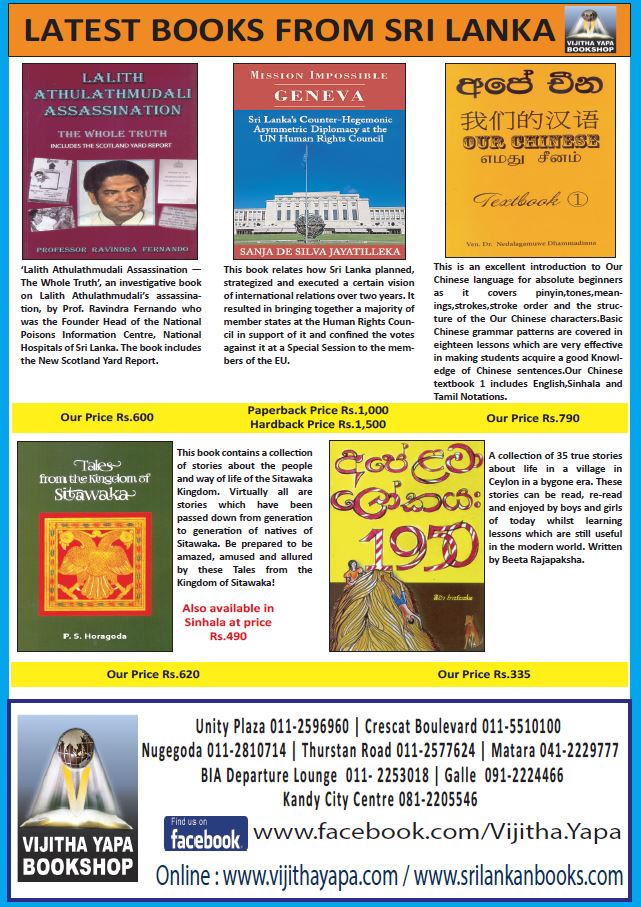 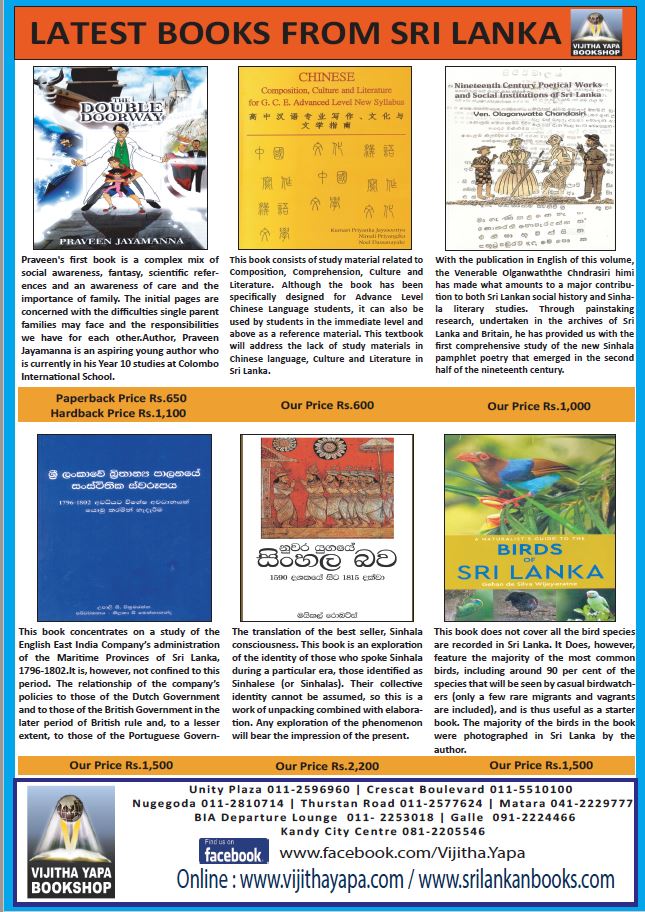 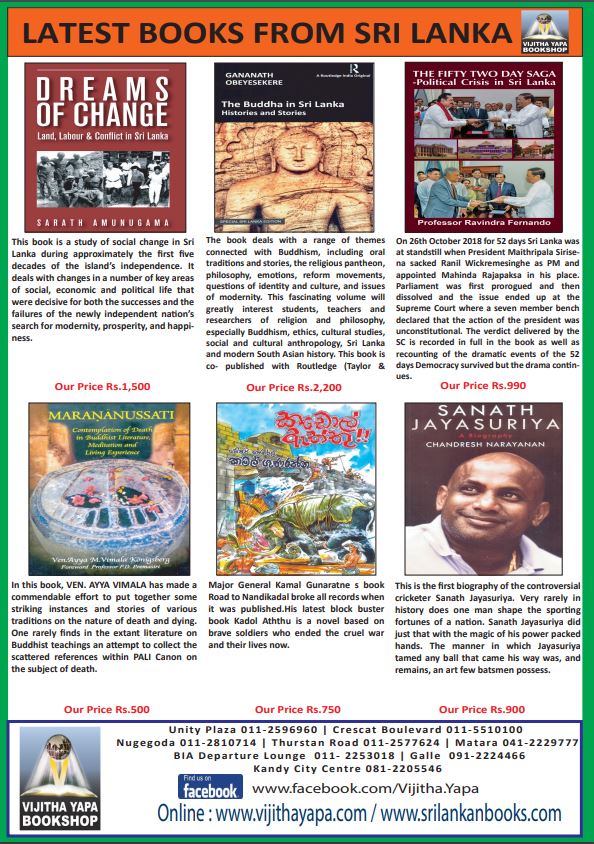 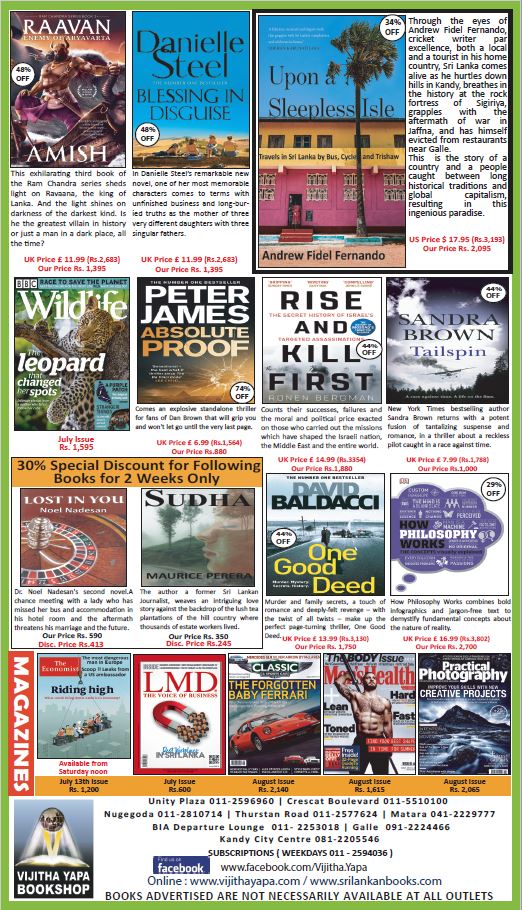 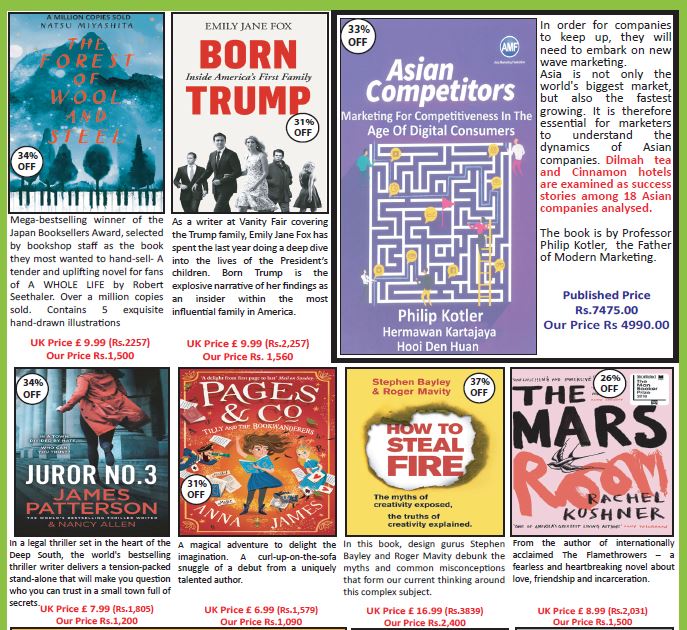 A subsidiary company of the Group is VYAPR, Sri Lanka’s first Public Relations Company, serving a number of international companies.

Vijitha Yapa publications have so far published 120 titles on a variety of subjects. The most successful Vijitha Yapa Publications so far have been “Sam’s Story” by Captain Elmo Jayawardena, and “The Road from Elephant Pass” by Nihal de Silva. These books won the prestigious Gratiaen Award in 2001 and 2003 respectively as the best literary works in English, produced in Sri Lanka.Marshall Cavendish bought the rights to Sam’s Story for south east Asia.

The Gratiaen Award was established by Michael Ondaatje, the well-known author, from the proceeds of the Booker Prize. He received the Booker Prize for his book “The English Patient”.

OTHER AUTHORS PUBLISHED BY VIJITHA YAPA

Mr. Vijitha Yapa – Founder, Chairman and Managing Director Vijitha Yapa was the founder editor of three National Newspapers of Sri Lanka, The Island, The Sunday Island and The Sunday Times. He is also the author of three books, including the Travel book – “Insight pocket Guide” published by APA publications, Singapore. He is a well-known journalist and his articles and photographs have appeared in The Wall Street Journal, Newsweek, Financial Times and The Far Eastern Economic Review. Mrs. Lalana Yapa – Director Lalana Yapa worked in the Attorney General’s Department and is married to Vijitha Yapa.