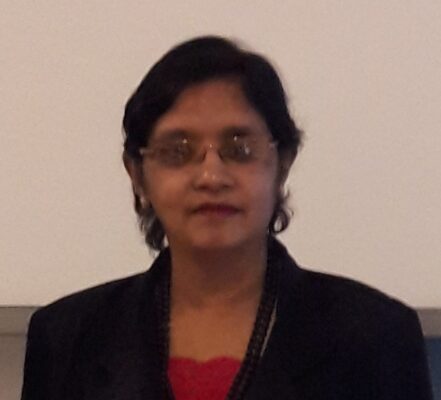 Popularly known as “Daha Ata Wanguwa” in Sinhala, the 18 hairpin bend road is the famous asphalted Kandy- Mahiyangana Road, a six kilometer drive set amidst a breathtaking landscape in the *Central Province of Sri Lanka, the road that links Kandy and *Mahiyangana. The beginning of the road starts approximately after 60 kilometers from Kandy City. In the past, this road was considered as the most dangerous road in Sri Lanka. A few years ago, the road was renovated and widened and the last bend of the road was removed, yet travelers as well as locals living in the vicinity call this road as “18 hairpin bend road”, although there are only 17 hairpin bends at present.

Earlier, the Road had been about three to five meters wide, especially in the hilly terrain with narrow single lane segments. Hence, drivers had to stop and wait till the oncoming vehicle passed and at times, reverse the vehicles too, an arduous task in a hilly terrain. At present, as the road is wide driving is smooth sailing for an experienced driver. The renovated new road has protective fences as well as signboards to guide travelers.

From the beginning of the Road, Uwa and Eastern Provinces as well as *Sorabora Wewa, can be seen well. 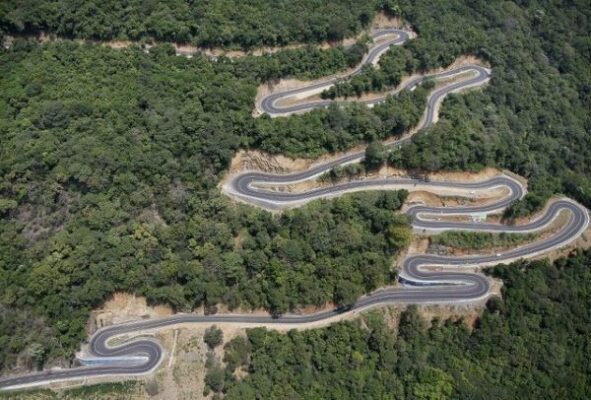 There is a large viewing platform for travelers at the 55 kilometer post of the 18 hairpin bend road with a notice, “You are standing 662 meters (2171 feet) above sea level”, short description to travelers to indicate the height of the location.

According to many locals, in the past, drivers, especially those driving heavy vehicles such as buses and lorries had to negotiate the 18 hairpin bends with the strategy of move forward or backward, reversing with precaution to avoid falling down the unprotected precipices.

With the widening of the Road, travelers have begun to enjoy the journey, relax, admire the breathtaking vistas, take a few photos of the spectacular environs and the valley below while sipping a king coconut sold by a villager in a wayside makeshift hut.

According to many locals, after the road was widened, many vehicles ply on the road and people tend to stop and enjoy the vistas. Hence, it is good business for those selling king coconut and fruits.

According to locals, the bus ride from Kandy to Mahiyangana had been four hours on 18 hairpin bend road, whereas at present it is only two hours and a lorry ride on the six kilometer stretch of the Road had been 20 minutes earlier, whereas it is about eight minutes at present.

Hasalaka town (a village in the Central Province) is situated at the bottom of the long and winding 18 hairpin road and seven kilometers beyond the Road is Mahiyangana with vistas of *Mahaweli River.

Take a camera to capture photos (sufficient for an album), long range binoculars, food and water, stop at impromptu viewpoints, relax and enjoy breathtaking vistas as well as talk to locals in makeshift huts who can narrate tales about the road and the vicinity with memories of yesteryear.

As the road is in a picturesque tropical area, there are many monkeys and those traveling on the road have the habit of offering fruits to these animals and taking photos. They are human friendly animals.

According to many travelers and tourists, this road is amazing and out of this world.