Home  ⁄  Articles  ⁄  21 things to look forward to in 2021 … if everything works out – by AJ Willingham
Jan 13, 2021 Posted by eLanka admin In Articles Tagged Artificial intelligence, The Queen of England turns 95

(CNN)Yes, it may be tempting fate. Yes, the 2020 version of this story now reads like a depressing farce.

But come on. Something good has to happen in 2021, right?

A lot of things that were canceled in 2020 are back on this year. Tentatively. And a lot of commonplace activities that we’ve previously taken for granted may slowly return to our lives, things like hugging and not being uneasy about getting on a plane. TENTATIVELY.

If everything goes right, we can dare to look forward to these notable spots in 2021. The 2020 Tokyo Olympics were put on pause because of the pandemic, but are now scheduled for July 2021. It may not look like Olympics past — the IOC says it will be a “simpler, more restrained approach,” — but that won’t stop us from indulging in the communal joy of pretending to know how gymnastics is scored. Remember concerts? Remember music shows? Remember seeing big, undulating throngs of overly energetic people enjoying the vibes without a care in the world? Those may be coming back, and that includes the uber-popular Eurovision Song Contest, which was postponed from 2020. The contest’s organizers say there will “definitely be a Eurovision Song Contest in 2021.” It’s currently penciled in for May in Rotterdam, Netherlands. Mars will get a new little inhabitant when NASA’s Perseverance rover touches down in February. Like its charming rover predecessors in the Mars Exploration Program, Perseverance will no doubt have an entire Earth-bound fandom rooting it on. Is it because we like to anthropomorphize complex robotics, or because we secretly wish we, too, could be blasted off this Earth onto another planet? 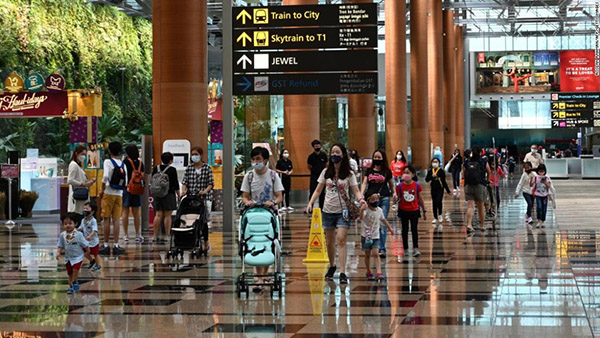 Raise your hand if the most exotic sight you’ve seen this year is literally anything outside your own home. Even if you’re not planning a huge getaway once the pandemic gets better, just the idea that you could is kind of comforting. And you know what’s better than a vacation? A nice big (safe) get-together with friends. Hopefully, we’ll all remember how to socialize. 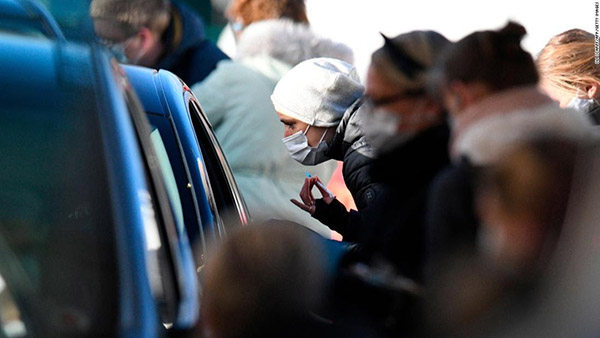 Of course, for any of this exciting stuff to happen, we need safe pandemic practices, and a Covid-19 vaccine that’s available to everyone. Several countries are starting to roll out vaccination plans, and it looks like there are more vaccine authorizations on the way. It’s going to take a while — experts say we may not see some semblance of “normal” until the back half of the year. But, oh, it will be worth waiting for. The quadrennial football tournament was supposed to be held in 2020, and it was supposed to be a special one marking the 60th anniversary of the contest. But don’t worry, it will still be special when it kicks off this summer! Instead of one host region, the games will take place in 12 host countries around Europe, from Spain to Romania to Russia. 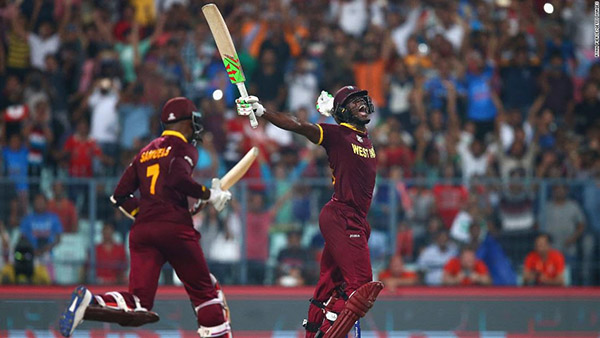 In other sports news, the International Cricket Council’s Men’s T20 World Cup will be back on — postponed from 2020, of course — in India in the fall. Americans, if you need a primer before you dip your toe in the waters of cricket fandom, say no more. 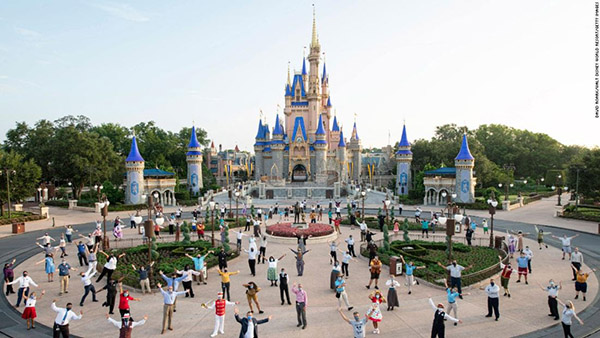 Speaking of milestones, October 1 will mark the 50th anniversary of Walt Disney World. The park will also be unveiling lots of new things to do, including a “Ratatoiulle” attraction, a “Guardians of the Galaxy” ride and a “Tron” ride. 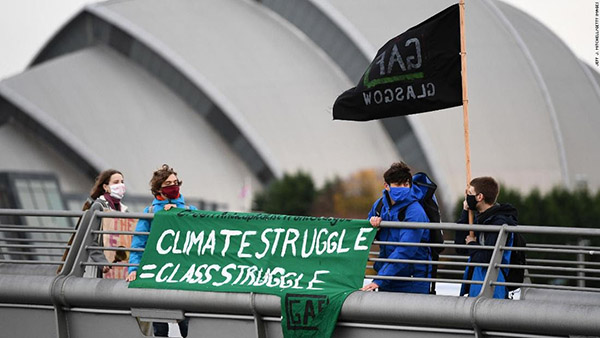 2020 was supposed to be the year the world’s climate plans got on track. But … they didn’t. Next year may be better! The EU has put a seal on plans to reduce carbon emissions and pour billions into clean energy alternatives. China, the world’s biggest polluter, has pledged to go carbon neutral by 2060. Japan, South Korea and Canada have all made similar promises for fossil fuel reduction. And we may see more silver linings at the United Nations Climate Change Conference in Glasgow, Scotland, this November.

No matter your politics, a presidential inauguration is a piece of history. So all eyes will be on the US in January when Joe Biden assumes the presidential duties. Kamala Harris, meanwhile, will make all kinds of history when she takes office as the first woman and first woman of color to serve as vice president. 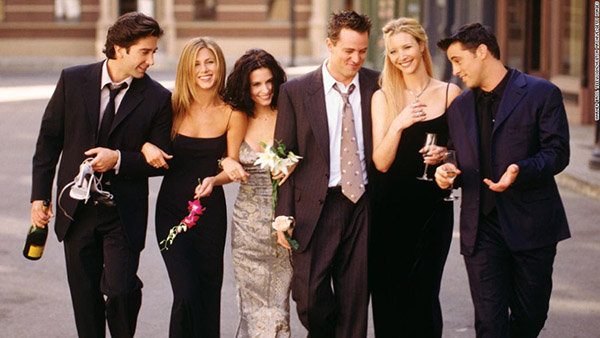 If you’ve Netflixed all there is to Netflix, never fear! It will be a very fruitful TV year. The long-awaited “Friends” reunion is set to air in March. A “Fresh Prince of Bel-Air” reboot is coming to Peacock, Netflix is developing a live-action version of the classic anime “Cowboy Bebop.” AND Disney+ is dropping what feels like a million new shows and concepts. Whatever happens with your social agenda, your TV watching agenda is definitely packed. 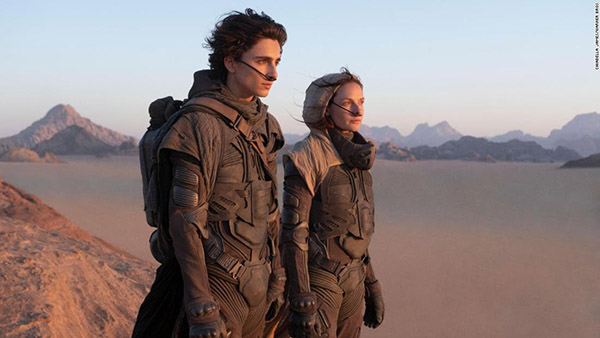 Where to start? Take a deep breath: “Dune” with Timothee Chalamet!” “Cinderella” with Billy Porter! A new “Coming to America” with Eddie Murphy! A new Bond film, “No Time to Die!” A new “Fantastic Beasts!” “Black Widow!” Oh, and Warner Brothers will stream their new movies on HBO Max the same day they drop in theaters. Wait, it feels like we’re missing something …. In addition to starring in the upcoming “Top Gun: Maverick,” Tom Cruise will blast off — literally — when he works on the first narrative movie to be filmed in outer space. With the help of NASA and Elon Musk’s SpaceX, Cruise will travel to the International Space Station to work on the project this year.

14. The largest brood of cicadas Hope you like bugs, because billions of them will swarm parts of the US when Brood X, the largest and widest-ranging of the 15 US cicada broods, pops out of the ground in the spring. This is a once-in-17-years event, people! It’s a cultural moment! It will take months to get the crunch crunch crunch sound of their abandoned shells out of your head. But hey, you may learn a thing or two about cicadas, and that is precious knowledge. 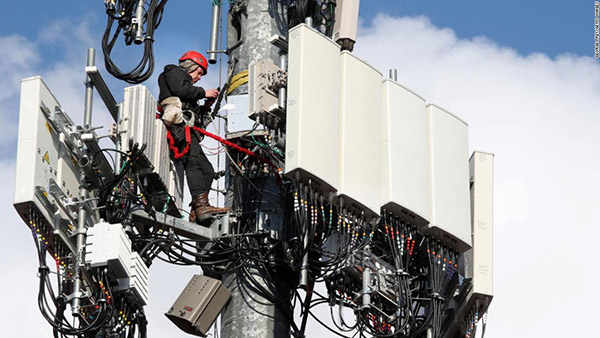 Now is the time to fess up if you don’t actually know what terms like 4G, 5G and 6G actually mean. It refers to different generations of technology standards for cellular networks. In other words, it’s the level at which your cell phone, internet and lots of other telecommunications architecture perform. That’s why lots of people were excited about 5G. Phone fast! Stream all the things! Less painful Zoom meetings! Well, things are going to get even faster and even better when more 5G networks pop up worldwide. And Japan and Korea are already working on 6G capabilities. This next generation will help improve things like teleworking and distance learning, as well as more futuristic pursuits like holograms and virtual and augmented reality. 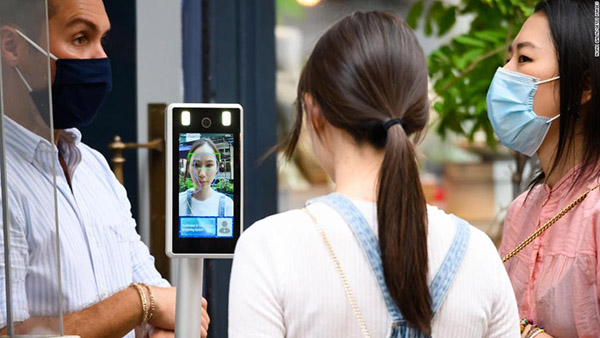 AI technology has been a huge focal point for a while now, but in 2021 we’ll see it pop up in even more places. And no, not in a scary “Black Mirror” sort of way. Imagine, for instance, everything AI can do to help us interpret and use medical and scientific data if. You know, just in case a massive pandemic were to hit. AI is also helping more businesses make smarter decisions about customer behavior. Wilson Pang, the chief technology officer at Appen, told Forbes he hopes that 2021 will see more companies address troubling issues of bias in AI technologies, so innovators can develop AI in responsible ways. Walmart, Amazon, UPS and others companies are stepping up their drone game, so don’t be surprised if packages start landing at your door soon. The Federal Aviation Administration just released new rules about “unmanned aircraft,” which will advance “the integration of drones into the national airspace system.” Amazon’s drone delivery service Prime Air got the go-head from the FAA earlier in 2020. 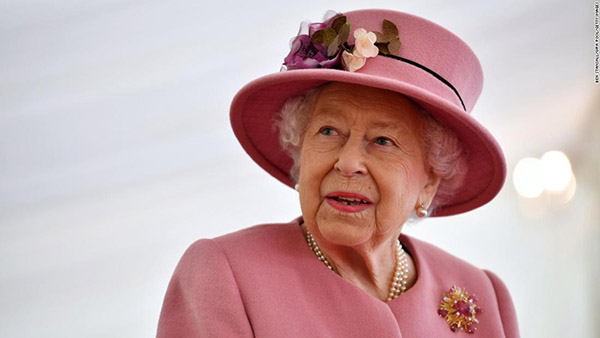 Queen Elizabeth II is already the longest-reigning monarch in British history, and in 2021 she’ll celebrate a similarly impressive accomplishment: Turning 95! Her birthday is April 21. She probably doesn’t need gifts, but we hope our British friends will do something fancy to celebrate. Meanwhile, we’ll be watching “The Crown.” 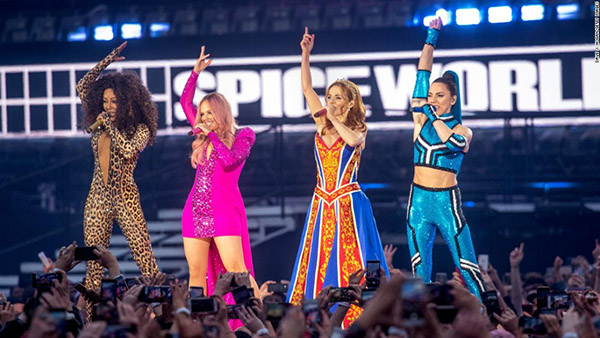 Nostalgia is going to have quite a year in 2021 with all of the reboots, remakes and reunions. Could we be getting another dose with a potential Spice Girls World Tour? There have been rumors swirling about a 25th anniversary tour, and Spice Girl Mel C herself hinted that it could be happening. Meanwhile, The Doobie Brothers will hit the road for their 50th anniversary tour in July. Celine Dion, Guns N’ Roses, Harry Styles and dozens of other acts are making plans to get back out on the arena stage as the year goes on. 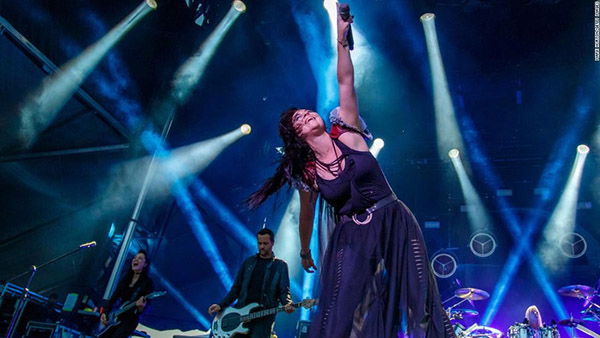 Want your music a little more socially distanced? Evanescence, Kendrick Lamar, Kacey Musgraves, Lorde, Cardi B, Adele, the Foo Fighters and The Cure are all confirmed or heavily rumored to be releasing new albums this year. 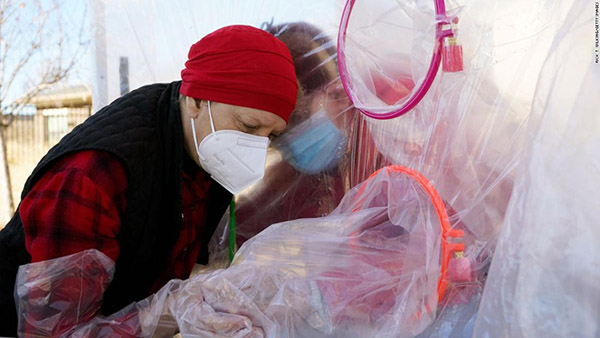