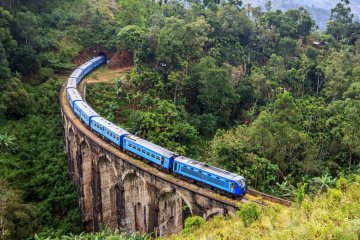 Feb 27, Colombo: Dhammika Jayasundara, General Manager of Railways has said that a special passenger train will be operated between Kandy and Demodara from March 4 for tourists to view the upcountry.

The official told Silumina that this is the first time in the history of Sri Lanka Railways that a tourist train has been added to the fleet on a regular schedule.

tourists a chance to see the sights. The train will stop at only a few stations with more tourists and passengers.