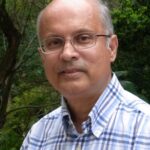 In 1978, needing a change from teaching English, I applied to join the Sri Lanka Volunteer Air Force. After facing an interview and passing a medical exam, I was asked to report in a few days to Air Force HQ in Colombo, before departure by train to Diyatalawa for training.

At HQ, I first met my fellow trainees, about 20 in all. We were taken to the office of the Commander, Air Vice-Marshall Harry Goonetilleke, in groups of five, where we were sworn-in and commissioned.

On the night mail train to Diyatalawa, I got to know the other trainees better. We ranged in age from early 20s to late 30s and were a motely lot, coming from varied educational and occupational backgrounds: teachers, agricultural officers, technical officers, budding accountants and bankers, an engineer, a veterinarian, and a dentist, a mix of public servants and mercantile employees. Sgt. Silva, our drill instructor, accompanied us on the train. He chatted with everyone amiably and seemed like an easy going person. 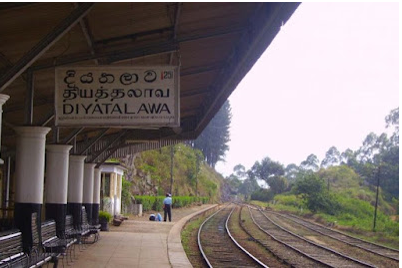 Diyatalawa, at an altitude of 5000 feet, is salubrious. It was a garrison town established by the British during colonial times, and had the air force’s ground combat training camp. When the train reached Diyatalawa, an air force truck took us to the camp, where we were shown to a long, dormitory style billet, the beds and lockers lined up on each side. After breakfast, uniforms and combat boots were issued. The sight of fellow trainees in ill fitting, baggy uniforms brought much fun.

Our training began soon after. Assisting Sgt. Silva was a ramrod-straight, ever smiling, Corporal Gamini. Both addressed us as Mister (Mr. Whatmore, Mr. Ratnapala, Mr. Jeyapalan, etc). First, we were trained to march, and I soon realized that some of us were not meant for any type of military training. In all shapes and sizes, some in good physical shape, but a portly few who found even the marching exhausting. We must have been a hilarious sight for everyone else in camp.

I had seen enough war movies to recall how foul mouthed and brutal drill sergeants could be, but Sgt. Silva’s meanest word to us was “slovenly”. He was strict, he had a clear objective – to train us within a month – so he gave no respite; we marched endlessly, back and forth, all morning, and came back for more in the afternoon. After a few days, we had casualties: the heavy, ill-fitting combat boots were a torture, and all that marching was taking a toll on a couple of us, who began limping with sprained ankles.

During my time at Diyatalawa, about 8 officer cadets were also undergoing training prior to being commissioned. These cadetships were coveted positions those days, and I was surprised to learn that two of the cadets were the air force commander’s sons! Their training began early morning at the parade grounds, and, in full combat gear, they would be drilled till noon. They were punished for the slightest infringement, and we saw one or two cadets being made to jog endlessly or perform other forms of physical exercises well into the afternoon.

In the evening, after a shower and dinner, we chatted back at our billet. One story I recall came from the engineer, who was from the north. The infamous Murunkan massacre, in which some police officers had been ambushed and shot dead, has occurred a few months earlier. The engineer had visited the site after the horribly mutilated bodies had been recovered from a well. What we did not realize was that the killings were a prelude to the civil war that tore Sri Lanka apart for the next 30 years.

The dentist slept across the aisle from me. He had been a boxer at school and was fighting fit. He also slept spread eagled on his bed, a posture I had never seen in another person. A technical officer, Jeyapalan, was perhaps the most popular trainee. He mingled easily with everyone and was full of stories and jokes.

In addition to foot drill (all that marching!), we also had regular inspections, obstacle training, lectures, and weapons training. Before going to bed, we polished our boots to a mirror shine, and soon after waking up, we made our beds – a practice I have continued to date – ready for inspection during which “slovenly” would reverberate around our billet.

Obstacle training was the hardest. We crawled under strands of low-slung barbed wire, unable to raise our heads, scrambled over 10-foot walls, swung on a rope to cross a muddy ditch. We practiced charges, running up with fixed bayonets and repeatedly stabbing sacks filled with straw. Some went to hilarious extremes to avoid obstacle training: although the medical post opened only at 8 in the morning, a few trainees were seen lining-up at 6.

The lectures on military strategy were conducted by Flight Lieutenant Atapattu, who did his best to make them interesting. But, what I looked forward to was weapons training, conducted by Cpl. Dharmaratne. When the JVP insurrection in 1971 broke out, the Sri Lankan armed forces mainly had World War I vintage 303 rifles, so China had rushed planeloads of carbines, pistols, and other weapons. Before target practice, we were trained to take these weapons apart and reassemble them. At the firing range, we used Chinese carbines and pistols, and my favorite, the Sterling sub machine gun, with its distinctively perforated barrel casing. I had read a ton of war comics and seen enough war movies in which the Sterling SMG figured, so took extra pleasure in the SMG, which was fired in short bursts till the magazine emptied.

The crowning event of our training was a route march from Diyatalawa to World’s End, on Horton Plains, a height of around 7000 feet. Geared up in uniforms, a heavy knapsack, and combat boots, we started early morning from the camp, accompanied by Sgt. Silva and Cpls. Gamini and Dharmaratne. We trekked cheerfully in the morning mist, following narrow, rocky paths, fording streams, climbing and descending the rugged, mountainous terrain. I walked with the gentle, soft-spoken veterinarian, who narrated growing up in the north and his experiences in treating field animals. We went through a couple of villages and the children and women came out to smile knowingly at us, because they must have seen many hapless route marchers before. 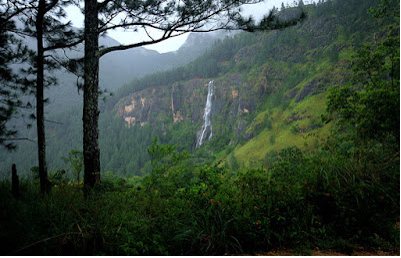 After pausing for lunch, which we had carried, we started again and the going became grueling. The scenery was beautiful – pine forests, eucalyptus trees, distant mountains shrouded in a bluish sheen, the occasional water fall – but we barely noticed them, because we had to watch our step on the narrow, slippery paths.

I was walking along with Cpl. Gamini when a fellow trainee came up with a hangdog expression, tears pouring down his face, pleading “Corporal, mata bae” (I can’t); he couldn’t go on. I was both surprised and amused. How could a young man, in the prime of his life, weep at such a trivial matter?  The corporal hung back, talked to the trainee kindly, and I later saw them following us. 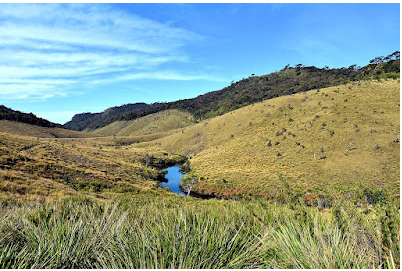 Eventually, at dusk, we reached Horton Plains, a high plateau with tall grasses and winding streams, and the going got easier. But I was exhausted, my feet felt like lead, and I was stumbling more than walking. As we neared World’s End (so named because it has a sheer drop of about 4000 ft.), we could see some lights ahead. Suddenly, someone sprinted past me, and I was amazed to see it was the trainee who had wept and pleaded earlier in the day, saying he was unable to go on. Obviously, he wanted to be the first to finish the march! I wasn’t impressed.

The lights turned out to be a field kitchen set-up by cooks sent from Diyatalawa. So, utterly famished, we stood around, enjoying the steaming dinner in the chilly air, happy that we had survived the biggest challenge of our training. The route march may have been about 20 miles.

The next day, our training concluded with a group photograph. That night, Cpl. Gamini came with us to the railway station to say goodbye. On the platform, just before we boarded the night mail train to Colombo, he stood at attention and saluted, calling us “Sir”. Seventeen years would go by before I saw him again.

We rode the train together to Colombo and were soon posted to various air force locations. I never saw some of my fellow trainees again.