Another “Australian Story”, in a series of two episodes,  most recently, featured an Investigative Journalist who was, without any doubt, one of the very best in that field. A “Reporter.Actor & Presenter” also, his name, Michael Willesee, a “dinkum Australian” in every sense of the word, good-looking, debonair, when he had to be, outspoken, ruffling many “important feathers”, at times & liking it.

Michael, as I remember him, was certainly in the top ten of the most recognised Aussie Characters in the era, on Australian Television. It was around 1967 that Mike came into prominence on the A.B.C. Channel 2, on a programme called “This day, Tonight”, & later, “This is your life”, followed by the popular 4 Corners.
Even then, just 5 years since we came to Melbourne, 2 was the only T.V.Channel one could watch without all the various “ads” involved with Channels 7 & 9 at the time. I remember watching Mike on T.D.T. & Four Corners mostly, as I didn’t have too much time to watch T.V. at all during my earlier working years in Melbourne.

Michael Robert Willesee was born in Perth, Western Ausralia on the 29th of June, 1942, into a Roman Catholic family, His dad, Donald (Don) was a Postal Clerk in W.A. before entering Politics to end up as a Cabinet Minister in the Whitlam Labor Government, but that is another story.

This is certainly NOT an “eulogy” on Mike. The story that matters was that, even though he was a Catholic, he was,  what is termed “a born sceptic” for many years, but a miraculous survival from a plane crash changed all that  & as tough as he is, and always has been,he has gone back to his religon and now firmly believes that there is indeed ONE GOD.

Michael Willesee, now 75, has been suffering throat Cancer for the last couple of years . . He went “into remission”, hoping that all the treatment he has had to go through would relieve him of the “big C” as they call it, looked as though he was getting better, only to have the tumours in his throat reappear. Now, the treatment starts all over again,  & while I do not intend to go into details about this as I feel certain that this “Australian
Story” will be shown again, in the near future,&  I would urge all Lankan/Aussies to watch it, as it is a remarkable “story”.

Mike, each & every Lankan, Australian & everyone else, as far as I am concerned, want to now wish you only the very best for a re-recovery. Personally, I have beaten “the big C” twice, & I am not half as tough as you are,  so if I could have done it, so can you.

Keep your faith intact. I am just another sinner as everyone around me is, but not the wisest man on Earth will convince me that there is no God. “HE IS”. 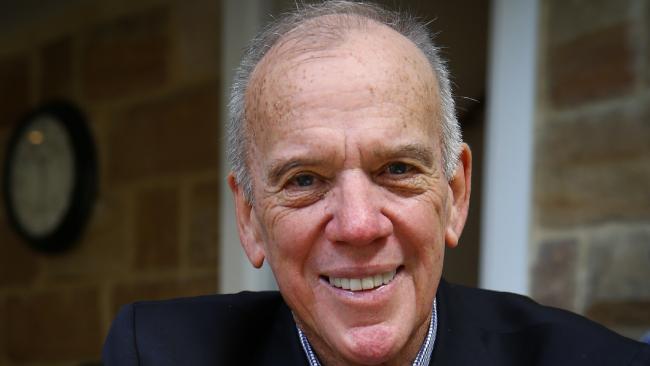