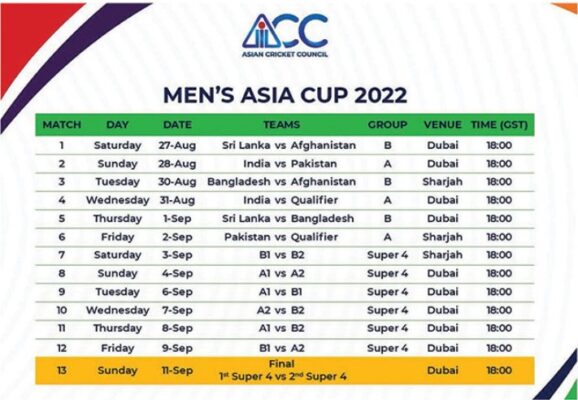 Sri Lanka Cricket announced the schedule for the Asia Cup that will get underway later this month.

The curtain raiser is on the 27th of August between Sri Lanka and Afghanistan. The high-profile India versus Pakistan will take place the following day.

Sri Lanka are grouped alongside Bangladesh and Afghanistan while India and Pakistan are in the other group and will be joined by one of the qualifiers. The final will take place on the 11th of September. Sharjah and Dubai will host the event.

SLC are the hosts of the regional tournament and the event will be played in UAE.