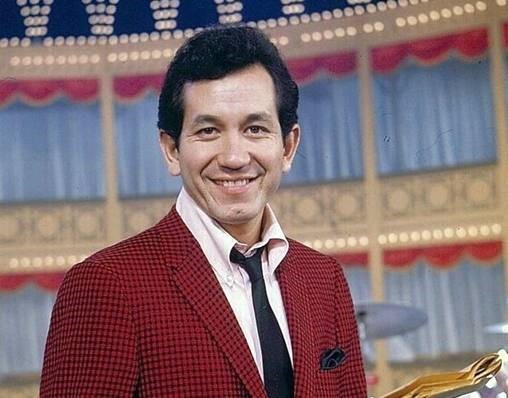 Trini Lopez Live In Concert Brussels 1964 In loving memories to Trinidad Lopez III 1937 – 2020 Born 1937 in Dallas, Texas, his parents were both from Mexico. Lopez started playing in bands at 15 and in 1958, his group the Big Beats signed with Columbia Records after recording with Buddy Holly producer Norman Petty.

Lopez went solo shortly afterward and signed with King Records, for whom he released a series of unsuccessful singles before leaving the label in 1962. He soon scored a residency at the Los Angeles nightclub PJ’s, where Frank Sinatra saw his show and signed him to his Reprise Records in 1963.

That year, his debut album, “Trini Lopez at PJ’s,” included a cover of “If I Had a Hammer” that was a global smash, topping the charts in multiple countries and reaching No. 3 in the U.S. Another live album followed, along with more hits over the next several years, including “Lemon Tree,” “I’m Comin’ Home, Cindy,” “Sally Was a Good Old Girl,” “Michael,” “Gonna Get Along Without Ya’ Now” and “The Bramble Bush Trini Lopez’s pivotal break came after he landed a steady gig with his trio at P.J.’s, a hangout for stars like Frank Sinatra and Steve McQueen.

After catching his show several times, Sinatra sent Don Costa, the key producer for his record label, Reprise, to sign him By then he had branched out into acting, with limited success. His first role, in the 1965 film “Marriage on In loving memories to Born Trinidad Lopez III 1937 – 2020 the Rocks,” a comedy with Sinatra and Deborah Kerr, was a cameo in a nightclub, though a song he performed on the soundtrack, “Sinner Man,” reached No. 12 on Billboard’s adult contemporary chart. Lopez found his way into television in 1969, starring in a variety show special for NBC using the surf-rock group the Ventures as his backing band.

The show also produced a soundtrack, “The Trini Lopez Show.” By then he had branched out into acting, with limited success. His first role, in the 1965 film “Marriage on the Rocks,” a comedy with Sinatra and Deborah Kerr, was a cameo in a nightclub, though a song he performed on the soundtrack, “Sinner Man,” reached No. 12 on Billboard’s adult contemporary chart.

He also appeared in the hit 1967 movie “The Dirty Dozen,” in a role that was meant to be large but that got cut down after Trini Lopez left the shoot before it ended, frustrated by production delays. He had the lead role in “Antonio,” a 1973 movie about a poor Chilean potter who befriends a rich American (Larry Hagman) passing through his village.

Trini Lopez’s success as an international headliner, he would later look back with pride at one particular gig in which he shared the bill, with the Beatles, at the venerable Olympic Theater in Paris. It was just before the Beatles’ American debut, in 1964 “I used to steal the show from them every night!” he told The Classic Rock Music Report. “The French newspapers would say, ‘Bravo, Trini Lopez! Who are the Beatles?’ Good Bye Trini.

We really enjoyed your music and acting.

Child prodigies across the globe come together to Heal The World! MaatiBaani – a world music duo from India pays a tribute to the King Of Pop – an artist that has touched millions of hearts through his music! Michael Jackson.

END_OF_DOCUMENT_TOKEN_TO_BE_REPLACED

This was from Jim Ed’s show at the time called “The Country Place” he helped expose the talent of an up & coming star at the time, Crystal Gayle, Loretta Lynn’s younger sister.

Sri Lanka’s best Artists in support of the support services during the Covid 19 days in Sri Lanka.

Sri Lanka’s best artists teamed up to sing ‘Lean On Me’ as a tribute to everyone that helped out during the worst times in Sri Lanka.

Watch this beautiful video of Sri Lanka’s best entertainers doing what they do best. END_OF_DOCUMENT_TOKEN_TO_BE_REPLACED

You have got to see this.

Emmanuel Kelly was born into a war zone and abandoned by his parents in Iraq.

Raised at an orphanage run by the Mother Theresa nuns before being rescued by Moira Kelly and brought to Australia for life changing surgery twelve years ago.

Emmanuel has his eyes set on huge dreams.

Just sharing this rendition of a timeless song that truly resonates our world in this very chaotic environment.

A Million Dreams – The Greatest Showman