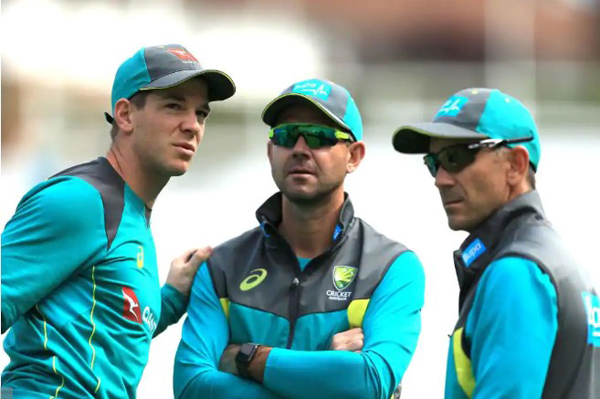 The Australian men’s team will play Tests against Pakistan and Sri Lanka at home. © AFP

New Zealand, Pakistan, Sri Lanka, England and India will tour Australia during a packed home summer season that runs from September 2019 to late March 2020, and includes 20 international matches across ten venues as well as the women’s T20 World Cup.

Cricket Australia (CA) on Tuesday (May 7) announced the fixtures for the 2019-20 home season, which for the first time in 41 years will run into late March when New Zealand return to play three ODIs for the Chappell-Hadlee Trophy.

Australia’s home season for the men’s team will begin in late October with Sri Lanka visiting for three Twenty20 internationals – played in Adelaide, Brisbane and Melbourne – followed by Pakistan’s arrival for three more T20Is in Sydney, Canberra and Perth and the Test matches in Brisbane and Adelaide (day/night).

From December 12 to January 7, Australia will then host New Zealand for three Tests in Perth (day/night), Melbourne and Sydney. The Boxing Day Test at the MCG will be the first between Australia and New Zealand since 1987.

As part of a rejigged schedule, Australia will travel to India for three ODIs in mid-January, which had pushed back the Chappell-Hadlee series.

Australia’s women’s team will host India, England and Sri Lanka. The No 1 ranked team in women’s T20Is will open the international season on September 29 with three matches against Sri Lanka followed by three ODIs. After the Women’s Big Bash League, Australia will play a T20I series against England and India.

“Scheduling international cricket is challenging in that nine of the ten major cricketing countries have seasons similar to ours, so working with them to find space in the calendar to fulfil our obligations to the ICC Future Tours Program (FTP) is a juggling act,” said CA’s Head of Cricket Operations, Peter Roach.

“The long-range FTP had three separate limited-overs series scheduled between India, New Zealand and Australia. When the countries started working through the detail, it was clear that there was not enough space for each series at the proposed times. CA took the position that while January was our preference for these ODI matches, there are times we need to honor our commitments to work in the greater context of international cricket scheduling.

“We evaluated different options for an alternative and saw the most value in the March opportunity to extend our window in the traditional cricket season.”

November 3 -Australia vs Pakistan at Sydney

November 5 -Australia vs Pakistan at Canberra