This article is written by an invited author.

If you also want to write articles with us, visit our Invited Writers Forum.

Tennakoon, who was a strong batsman in the Sri Lankan team during the unofficial cricket season, set a bitter record in his debut ODI. He became the first Sri Lankan batsman to go unbeaten in an ODI. Tennakoon, who has played in only four ODIs in his international career, scored 137 runs. Anura Tennakoon did not play in many international matches, but he did excel in unofficial Tests. Following are some of the centuries Tennakoon has scored in unofficial Tests.

The only international cricket tournament in which Michael Tissera participated was the 1975 World Cup. He participated in 3 matches under that tournament and scored 78 points. He scored 52 against Australia, the only half-century of his ODI career. This talented player who captained the Sri Lankan team in the 60s led the team to defeat the mighty Indian team in 1965. It was the first unofficial Test victory for a Sri Lankan team. Following is a summary of the match.

Not only a captain but also a batsman, Tissera scored two centuries in unofficial Tests. That was 122 against India and 120 against Pakistan. It was a special occasion to get both those centuries in foreign countries. Duleep Mendis entered the cricket field from St. Sebastian’s College, Moratuwa and later entered St. Thomas’ College, Mount Lavinia. He scored 184 runs in the 1972 Blue Battle, the highest score by a batsman in the history of the tournament at that time. Duleep, who has been known as a fast bowler since his school days, was selected to represent Sri Lanka at the 1975 World Cup. Duleep has been a regular member of the Sri Lankan team for 13 years since then and has excelled in international cricket. The following is about those skills.

1) Sri Lanka won the Indo-Lanka ODI by 47 runs in the 1979 ODI World Cup. It went down in history as Sri Lanka’s first ODI victory. Duleep won the man of the match award for scoring a quick 64 off 57 balls with three sixes. It was the first time a Sri Lankan player had won such an award in an ODI at the international level. He also went down in history as the first six-wicket haul in the history of ODI cricket.

2) In September 1982, Sri Lanka and India played their first Test match at Chepauk, Madras. Duleep Mendis became the first Sri Lankan batsman to score a century in both the innings. He scored 105 runs in two innings which was a rare feat. Also, this batsman scored his maiden Test century by hitting a huge six off a ball by Dilip Doshi.

3) The Sri Lanka-England Test match at Lord’s in 1984 was an unforgettable one for Duleep. In that match, the batsman scored 111 runs in the first innings and 94 runs in the second innings. Accordingly, he became the first captain in the history of Sri Lanka Test cricket to score a century.

4) Sri Lanka recorded their maiden Test victory in 1985 when they won the Test match against India at the P. Sara Oval by 149 runs. The Sri Lankan team was captained by Duleep Mendis. Sri Lanka also won the series 1-0, recording their first Test victory. Duleep became the first captain to inherit a Test series victory for Sri Lanka and became the first Sri Lankan to win an ODI series. That led to the victory in the 1983 ODI series against Australia. In addition, the most important achievement of Sri Lanka under Duleep’s leadership was the 1986 Asia Cup. Accordingly, Duleep became the first captain to win the Asia Cup for Sri Lanka. 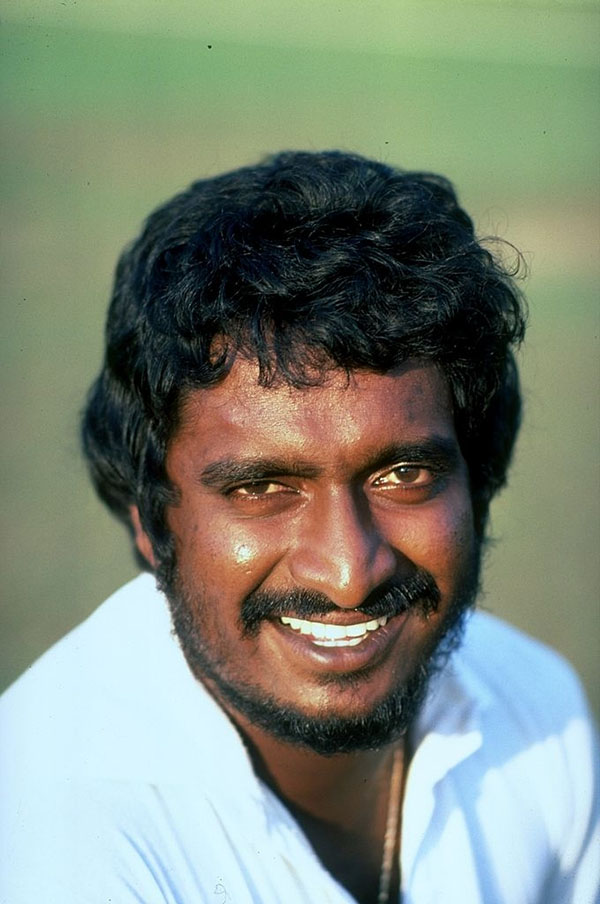 In addition to the above three players, Peiris, a right-arm fast bowler, represented Sri Lanka in three ODIs but took only two wickets.

Guy de Alwis represented Sri Lanka in 11 Tests and 31 ODIs during the period 1983-1988. Guy, who failed to impress in Tests, scored only 152 runs in 19 innings. But Guy, who scored 401 runs in 31 ODIs with two half-centuries, set the following two Sri Lankan records in front of his name.

1) In the 1983 match against Australia at the P. Sarah Oval, he played as a wicketkeeper and saved five catches. It was the first time a Sri Lankan wicketkeeper had taken five catches in an ODI.

2) This batsman scored half centuries in two consecutive matches under the 1983 ODI World Cup. Guy scored an unbeaten 59 against Pakistan while he scored an unbeaten 56 against England. It was the first time a Sri Lankan wicketkeeper had scored a half-century in an ODI. 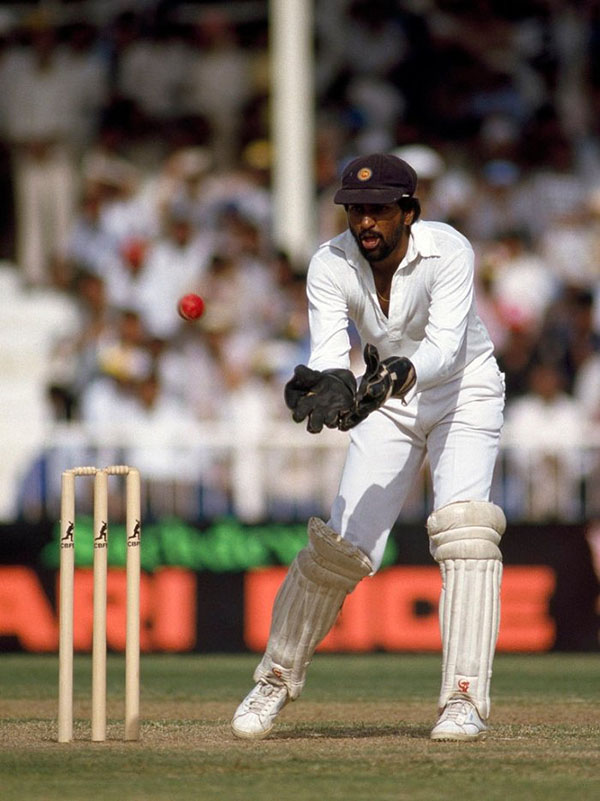 Saliya Ahangama, Kaushik Amalin and Kapila Wijegunawardena all entered the international cricket arena in the 80s. Out of those three bowlers, Ahangama took 18 wickets in the 1985 Indo-Lanka Test series, but due to an injury he did not get a chance to represent Sri Lanka again. Like Ahangama, Amalin played a small number of matches, but Kapila represented Sri Lanka in a significant number of matches. Below is how the three of them took wickets at the international cricket ground. 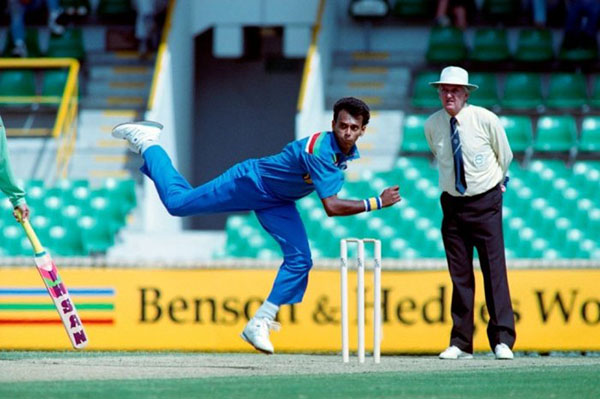 Nisal Fernando and Aruna Gunawardena joined the Sri Lanka Cricket team from St. Thomas’ College in the 90s. Both of them won ODIs in the 1994 Indo-Lanka ODI series. However, they did not get a chance to represent the national team again after that tournament.

The player first came to the attention of the cricketing world at the 2002 Youth World Cup. Jeevan took 7 wickets for 19 runs in the match against Zimbabwe. It was the best bowling record ever recorded at a Youth World Cup at that time. Eight years later, in 2010, Jeevan entered the national team and played in 58 ODIs and 22 T20Is. He took 28 wickets for 636 runs in ODIs while taking 12 wickets while scoring 207 runs in 20/20 overs. Kaushal, who has been in Test cricket since 2011, scored 2099 runs in 74 innings with three centuries and 12 half-centuries. Kaushal scored centuries against Australia, Pakistan and Bangladesh, the highest score of his Test career against 139 against Bangladesh. 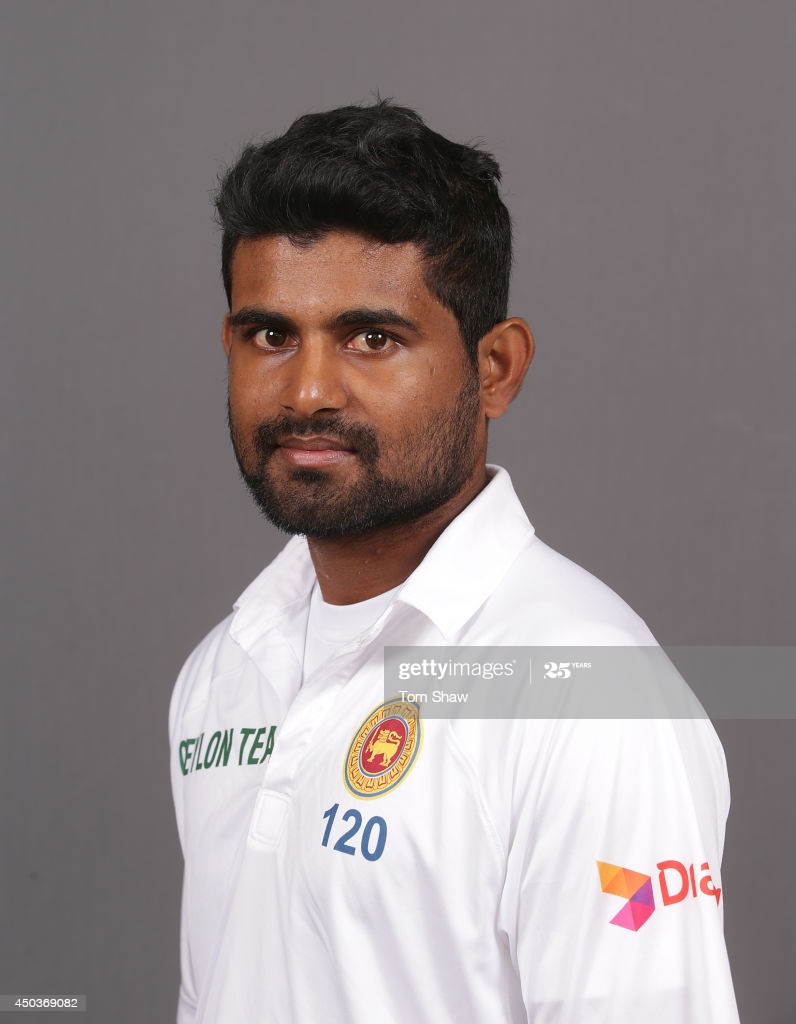