The newly elected Member of Parliament with proud South Asian ancestry, talks politics, her vision for Higgins, and what this election means for multicultural Australia. 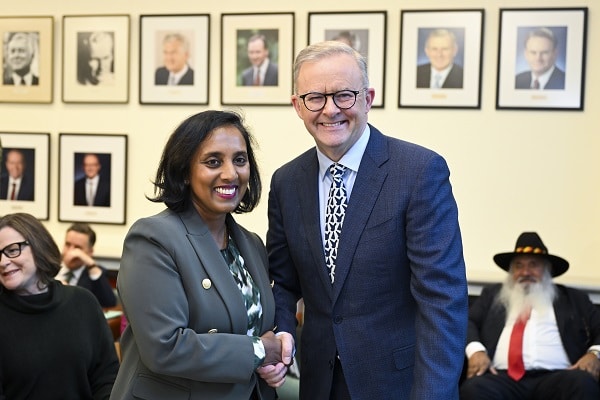 As the dust settles from an extraordinary Federal election campaign, it has become clear that Australia has voted in a more diverse parliament than we have ever seen before in our history. Politics aside, this fact alone is something that we ought to celebrate and be immensely proud of.

One of the most fascinating stories underpinning the changing face of Australia’s parliament at this election has been the impressive rise of the new member for Higgins, Dr Michelle Ananda-Rajah of the Australian Labor Party. A seat that had been held by the Liberal Party since its creation in 1949, Ananda-Rajah’s success in Higgins was one of several history-making results that has shaken up the way we view electorate and political structures.

Indian Link spoke with Dr Ananda-Rajah, a newly elected member of parliament with proud South Asian ancestry, about her journey into politics, her vision and what this election means for multicultural Australia.

Dr Ananda-Rajah has a CV that would make the best of us stare in awe. Yet, she is certainly not someone who you would consider to be a stereotypical politician. Asked if she ever envisioned herself running for office, it’s a categorical “No. Not at all. Not even close.” Indeed, Ananda-Rajah admits “I have little political experience. None virtually.”

Yet, it’s her life experience outside of politics that may very well be her greatest asset as she prepares for the upcoming term of government. One major criticism of the way candidates are selected by parties across the political spectrum is that many have had limited exposure to the world outside the ‘Canberra Bubble’. Contrastingly, there is a refreshing element of activism, advocacy and a wealth of life experience that Ananda-Rajah is evidently itching to bring to parliament.

READ ALSO: Our new parliament will have record numbers of women – will this finally make it a safe place to work? 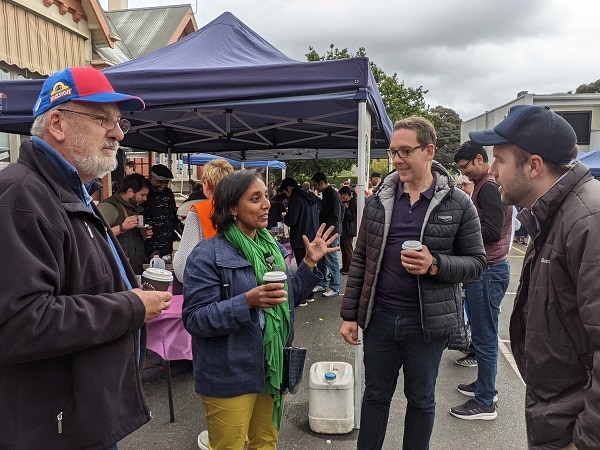 She notes, “I’ve come late to politics. I’m 49 years old and I’ve lived a lot of life. I’ve raised two children, I’ve studied. I’ve been not only a doctor, but also an academic and an activist and so I bring a lot of lived experience to the role and I think that’s a very good thing”.

Yet, whilst parliament was not necessarily at the top of her mind, her work as a public health advocate during the worst periods of the COVID-19 pandemic meant that she has been no stranger to scrutiny and the pressures of public life. Perhaps unsurprisingly, Ananda-Rajah remarks that “the pandemic is really what activated me – it made me realise that the fastest way to affect change at a speed and scale that is most effective, is through politics.”

Ananda-Rajah possesses a clear passion for improved diversity and inclusion, and she provides some sagely advice for our next generation of leaders: “As a person of colour you are going to always encounter more headwinds than tailwinds. The only thing you can do and the only thing you can control, is how you react to these biases, ill-conceived prejudices, or covert barriers. My advice is to keep going, and to invest in [your] skills, whatever they may be.”

Indeed, it is not lost on Ananda-Rajah that her election has inspired people of colour across the country. She observed that Labor’s first caucus meeting after the election “was an incredibly moving, poignant experience for me because I looked around and I saw a snapshot of modern Australia”. It’s a fair assessment to make, especially with the election of Ananda-Rajah herself, Zaneta Mascarenhas, Sally Sitou and Sam Lim amongst others.

Accordingly, Ananda-Rajah characterises the achievement of a more gender and culturally diverse parliament as a “triumph of modern Australia, but also a testament to a political party that made decisions decades ago to level the field”. 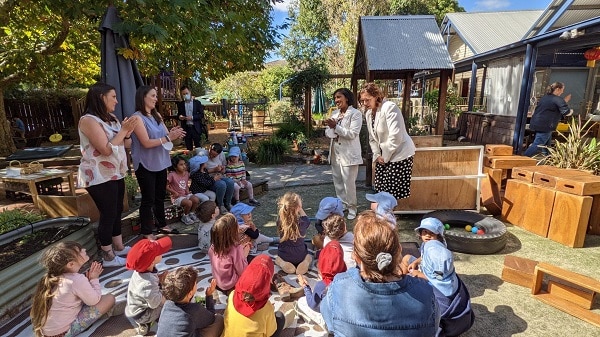 There are still some question marks on this subject though. It is true that the 47th Parliament of Australia will see more women and culturally diverse representatives than Australia has ever seen before. Yet the ALP continues to wrestle with the fallout from a disastrous outcome in Fowler with Dai Le spectacularly defeating Kristina Keneally; the latter being a candidate who was criticised for being ‘parachuted’ into what was once a safe Labor seat and an area boasting one of the most culturally diverse populations in the country. Similar criticisms were made of Andrew Charlton in his successful bid for the seat of Parramatta.

Ananda-Rajah does not shy away from these observations and admits there are “salient lessons” that must be taken away from the result in Fowler, not the least being that “you can never underestimate or take for granted the importance of local issues and the local sentiment of people on the ground”.

Regardless, it must be said that Australia’s Federal parliament has never seen a more positive step with respect to diversity than now. Ananda-Rajah aptly highlights that a party caucus that has better gender and cultural and ethnic diversity will inevitably result in better and more appropriate policy outcomes.

In speaking with Ananda-Rajah, there’s an unmistakable sense of urgency in getting started on the task of governing. Indeed, there’s no shortage to the areas she wishes to make an impact on.

“I want to see an inclusive, sustainable, and competitive country. What that means is shepherding Australia through the energy transition, ensuring that we bring onshore manufacturing back to our country, that we achieve gender equality and we address intergenerational inequality, and begin the process of true reconciliation and reparation with our First Nations peoples,” she said. 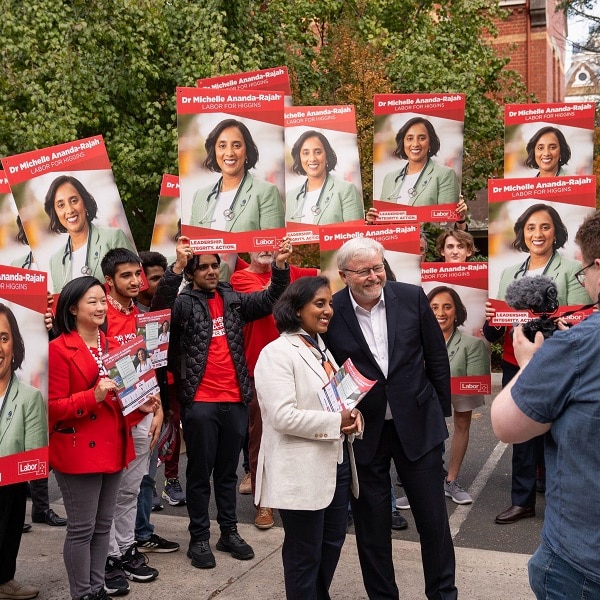 On the topic of South Asian relations specifically, Ananda-Rajah is critical of the previous government, arguing that their foreign policy “was very much characterised by neglect.” She points to Anthony Albanese’s immediate departure for Quad meetings as well as engagement of Pacific nations as evidence of Labor’s attempt to recalibrate those relationships and is herself excited to play whatever role she can to bolster Australia’s relationship with South Asia.

One thing is for sure: Dr Ananda-Rajah has not entered parliament just to make up the numbers. It is patently clear that Higgins has elected a woman who is unapologetically strong in her convictions, and in her passion for change and advocacy. Fittingly she states (of politicians), “You need to have convictions you’re willing to defend – even in the face of insurmountable pressure.”

More than just a win in the battle for improved representation for diverse communities, Dr Ananda-Rajah’s entry into parliament is a refreshing change that may ultimately be a vital win for Australia’s future.