Dr. Neville Fernando: To Seeya with our love-by Himali Jayatilake 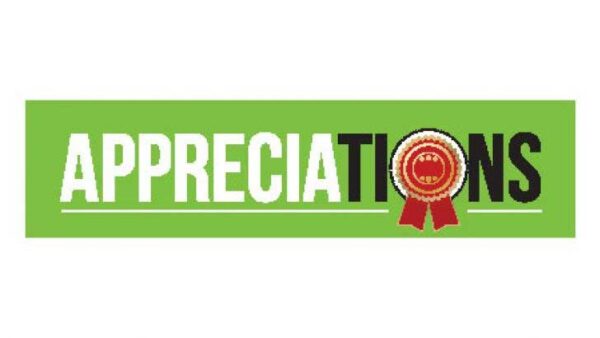 As I struggled to find the right words to do justice on the remembrance of your 91st birth anniversary, I realise that I can hardly do justice to a person as extraordinary as you were. To everyone else you were a visionary, an entrepreneur, a medical practitioner, an educationist, a statesman, a philanthropist – but to my two sisters and I, you – seeya, was our much loved grandfather.

Each of us in our own way has a person who would have had a big influence when growing up and, in essence, it is he who made the biggest impact in my life. His simple way of life, undaunting nature, kindness and generosity towards people are what I am left with the most today. Growing up, my sisters and I were unaware of his political or business affiliations. His love for the three of us was so profound and most of my childhood memories linger at their house in Nawala where we often used to spend time. Bombay toast as he called it, was his speciality, which he made with much enthusiasm whenever we stayed over. From time to time he developed various hobbies and to the irk of my grandmother, his attempt at cooking was one such stint. True to his entrepreneurial nature, he would buy a dozen books on cookery and much to our dismay we were his guinea pigs! I still remember with laughter how he made us a meat dish and none of us at the table, including him, could barely chew it.

I remember being amazed by his knowledge of world affairs, history and politics. Our greatest times were spent on shopping for books when he used to take us to the bookshops around Colombo. From the time we were children, he encouraged us to read and develop a thirst for knowledge which we did, with him as our role model.

Politicians are always looked upon as rouges which is why I prefer to call my grandfather a statesman. In 1977, when he had won the Panadura seat with a majority votes over Leslie Gunawardena, it had been the first UNP victory in the electorate since 1952. Many a time he would remember with gratitude his patients who came to vote for him at the election. To this day people in his era remember his service to the public in setting up the Kethumathi Maternity Hospital in Panadura, the Industrial Zone in Modarawila, establishing schools such as President’s College (now known as Royal College, Panadura) and Agamathi Balika Vidyalaya. Although clashes with the executive presidency at that time led to his resignation from Parliament, his love to serve the people remained.

His venture into the field of business started with the construction of a 35-room hotel named Swanee in Beruwala. After the sale of the hotel to a private enterprise, he moved on to the printing industry and established JF&I Printers. He was never afraid to venture into an unknown field and in 1995, started a porcelain factory in Kosgama known as Royal Fernwood Porcelain, with a Japanese partner. After his exit from the porcelain sector, he ventured into the private hospital sector through the purchase of Asha Central Hospital in 1998. He was very proud to have turned over the hospital during his 10-year tenure, until he sold it to the Asiri Group of Hospitals.

He was never emotionally attached to his business ventures and knew when it was time to exit. However, the same cannot be said about his most precious brainchild, SAITM – the South Asian Institute of Technology and Medicine Ltd. He created SAITM to be a gift for the youth of this country and was devoted to establishing it, along with his team of finest professors. By 2011, I had finished my undergraduate studies at the Sri Jayewardenepura University and it was with great pride he asked me to join SAITM. I had the privilege to work with him thereon. It is then that I saw him not through the eyes of a grandchild but as the true visionary he was. The establishment of Dr. Neville Fernando Teaching Hospital (NFTH) at Malabe followed and was the teaching hospital for SAITM medical students.

To build a higher education institution and a 1,000-bed hospital at the age of 78 when most would have happily retired, was his greatest achievement. His vision was to educate and create young men and women of character. I have had the opportunity to accompany him on his tireless journey to establish SAITM and have witnessed first-hand how he faced many obstacles and adversity with his bold and courageous spirit. His story will always be one of courage, conviction and perseverance.

Those who knew and associated him will remember the kindness with which he would greet a person. Any member of the family or any acquaintance would be welcomed with much love and compassion. His greatest love was feeding people, whether friends, family, colleagues, staff or students. Every occasion to him was a good enough reason to celebrate with a lunch or dinner and his birthdays, in particular, were always a special occasion where everyone gathered to wish him well. For our family members, immediate and extended he was always the one to give a supporting hand, whether financially or advisory and never uttered a word about it. When he passed away, we were humbled by the many messages of appreciation that were made acknowledging his kind generosity. During my time with him, I was surprised to witness the number of letters people send seeking financial help and in the true giving spirit, he responded whenever he could. I remember vividly how he responded to the numerous appeals of help at the NFTH whenever patients could not afford to pay.

His simple lifestyle with his love for ‘kos’, ‘del’ or ‘manioc with katta sambal’ and his love for nature and all living creatures made him such an endearing person to us all. He once put a board outside the wall of his house saying not to pluck the flowers as it is for the birds and butterflies to feed on.

My heartfelt gratitude goes out to him for paving me the path to understanding the impermanence nature of life and enabling me to accept insult, loss and pain with the same strength as praise, gain and happiness. Although at times I have questioned his decisions, today, I know much of it is because he was a visionary who saw the future 10 to 20 years ahead. Sri Lanka would have undoubtedly progressed further if not for decisions made by opportunists we know as ‘politicians’ today.

Yesterday, March 9, 2022 marked his 91st birth anniversary and needless to say our family misses him each day. Our only wish is that his Sansaric journey be short. May he attain the Supreme Bliss of Nibbana.