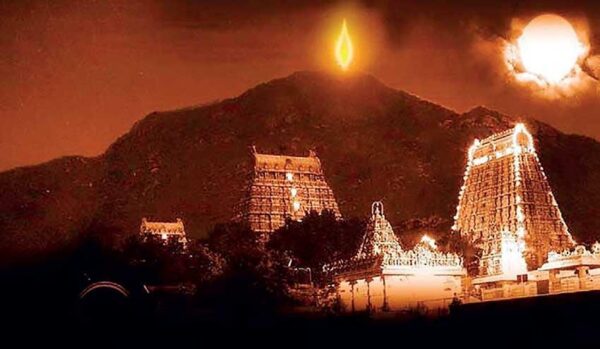 The festival is celebrated by the Hindus of Tamil Nadu, Kerala, Andhra Pradesh, Karnataka and Sri Lanka

The festival is celebrated by the Hindus of Tamil Nadu, Kerala, Andhra Pradesh, Karnataka and Sri Lanka. It falls on the full moon day of the Tamil month of Karthikai. In other parts of the Indian subcontinent it is celebrated to mark Karthik Purnima or Karthik full moon day. People decorate their houses with Agal Vilakus or clay oil lamps. According to Hindu culture the name of the month is associated with the Hindu Tamil God Karthikeya, one of the incarnations of Lord Muruga. Even in the Nilagiri District of Tamil Nadu the festival is referred to as Lakshabba.

The month of Karthikai in the Tamil Hindu lunar calendar is considered to be an auspicious month. During this month the Hindus arrange their auspicious events on this month, especially weddings, engagements, laying of the foundation stone for houses and business establishments and arranging the Girga Piravesam ceremony, (ceremony of entering new house).  In the olden days Hindus all over the world lit oil lamps throughout the whole month for the well-being, progress and prosperity of the household and the whole world.

Hindu mythology
There are many beliefs and stories around Kathikai Deepam. According to Hindu mythology Lord Siva created Lord Karthieyka out of his third eye on his forehead. It is stated that from Lord Siva’s middle eye (eye on the forehead) six fire sparks came out and  fell into the Saravana  Poaihai (Saravana Pond). The sparks turned into six beautiful babies. They were reared, cared for and brought up by six heavenly nymphs, namely Siva, Sambhuti, Priti, Sannati, Anasuya and Kasam. The six heavenly nymphs originated from six sacred stars of heaven.

Later Goddess Parvathi embraced the six babies with affection. Accordingly all the six beautiful babies were joined together and they became one incarnation of Lord Muruga under the name of Karthikeya who is considered as one of the incarnations of Lord Muruga.

According to another Hindu legend, Lord Siva appeared as an endless flame before Lord Vishnu and Brahma. Both of them were considered as supreme over one another. They tried to find Lord Siva’s head and feet. Lord Vishnu took the form of a boar and searched the feet of the Lord. Meanwhile Lord Brahma took the form of a swan and flew up in search of the head of the Lord. Lord Vishnu failed to find the foot of Lord Siva and returned. Lord Brahma, got a chance of seeing the Thalampu flower (Pandanus Odorifer flower) which stated that it had been floating down from Lord Siva’s head for thousands of years. Lord Brahma believed the fabricated story of the Thalampu flower (Pandanus Odorifer flower) and claimed that he saw the top part of the Lord. Lord Siva realised the falsehood of Lord Brahma and with that temple worship of Lord Brahma ceased. Karthikai Vilakkidu is celebrated at Tiruvanamalai Temple in Tamil Nadu and Thiru Koneshwaram in Sri Lanka. In Tiruvanamalai Temple in Tamil Nadu the Maha Deepam is lit on a 2,668 feet-high mountain.