How I ‘shot’ the King of Sweden – By L.B. Senaratne 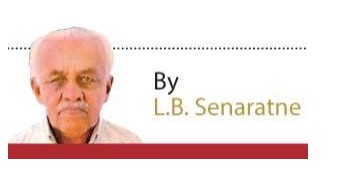 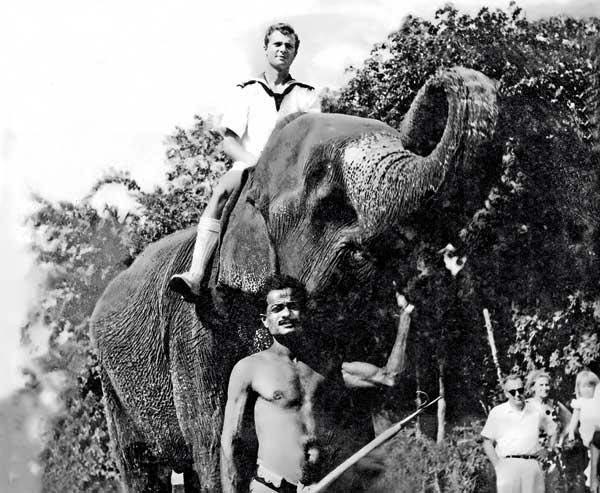 It was those days when there were no Media Secretaries, Ministry photographers nor anyone connected with the Departments or otherwise to work with VVIP’s on their travels. It was left to the journalists working in the provinces to be on a 24-hour vigil to give the news to the public.

It so happened that on a day in 1966, I was out of bed reading a book which I normally do, even today, when the telephone rang around six in the morning. – the only telephone in my village at that time.
It has served people even at the dead of night. It was Colonel Allon Nugawela.

Col: Nugawela on the other side of the line said “ The H.E. wants to speak to you. “
It was His Excellency William Gopallawa. He inquired whether I had anything special to do on that date. I told him in the negative. Then he said:

“Mr Senaratne, I have a special visitor and would like you to remove some photographs for me. Come around nine to King’s Pavilion.”

Col: Nugawela who was on the extension, said:
“Come at nine and be on time. HE is having a special visitor.”

So no sooner I was at the gates of the King’s Pavilion, which at that time was manned by only one Policeman, he said that the “ADC was waiting for me”.

Then again those were the days when the Head of State had no security men, but only his ADC (Aide-de Camp) who was an Army Officer.

He was dressed in the uniform of a Navy Cadet and with him was the Captain of the Craft and I believe his wife and a Consular member.

After refreshments, Col. Nugalwela called me to remove some photographs while they were on the lawn at the rear of the Pavilion. After this, Col. Nugawela said that the Prince wished to ride an elephant.

So, he said that we should go in advance to the Elephant bathing place at Katugastota, which is no more now.
The two of us arrived and there was a strapper of an elephant, so we waited for the arrival of Crown Prince.

The Royal group arrived and the Prince was not in a mind to get onto the elephant, seeing his size. I went up to him and told him it was a very tame elephant and that he should have no fears.

I told the Mahout:
“He is a King and be careful.” He replied
“Do not tell lies. This man in shorts cannot be a King.”

The Captain of the yacht he arrived came up to me and requested some copies and wanted them in Colombo the next day. I said that I would do it as I was taking the photographs for my paper the Ceylon Daily Mirror.

The next day around nine in the morning the photographs were given to the Captain of the Yacht – I was told later that it was a Mine Sweeper.

I gave the photographs to my newspaper and I expected at that time it would appear on the front page, but it appeared on the back right-hand upper corner of the paper. When I asked my News Editor the late Felician Fernando why this type of photo did not appear on the front page – his reply was “LB, he is not the King”
That is how we learnt our ABC in journalism.

For me, it was another story and I forgot that I had removed the photographs of a King- to- be. Around three months later I received a letter from the ship’s officer thanking me for the photographs handed over to the Captain and it also said that the Captain of the Yacht had died at sea.

The negatives were stacked in an almirah and I came across them about two years ago and made a print for my book Elephant Tales to appear on the cover of the book.