ITN should act like catalysts in identifying and harnessing talents 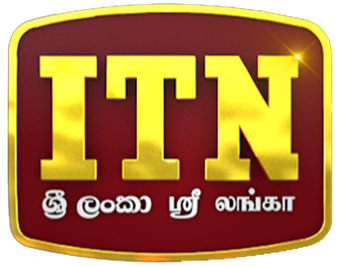 Today, there is an abundance of television channels in Sri Lanka, some old and some new. Among them, the Independent Television Network (ITN) is the oldest, which, due to state collaboration and its consequent precedence has been called the ‘Mahagedera’ of Television. Each station vies for customer loyalty which is fiercely competitive in providing programs that maximize and sustain viewer interest.

Being indigenous, they promote inter alia traditional aesthetic programs. One area where increasing interest is evinced is the ‘performing arts. In developing performing arts TV stations could make prodigious contributions.They can act as catalysts in identifying and harnessing talents. They can, to a large extent provide the much-desired platform for aspiring artists to showcase their talents.

In fact, some stations inclusive of the ‘Mahagedera’, in the past have been most successful in identifying talents, nurturing and grooming them into talented esteemed artists. Many who have been befitted abundantly have confessed this as they have elevated to the fields they are competent in as their professions  which have become their bread and butter. These artistes have admitted that they are indebted to the ‘Mahagedera’, the ITN, for grooming them.

The concept of the very popular program on Friday evenings “Chat N Music”, for two hours until just past midnight  should

apparently  be to provide opportunities to gifted artistes, is not comparable to a talent exploration.This program had been drawing huge viewer audiences had sustained for over thirteen years uninterrupted. In the writer’s view the way the program is conducted now with biased selection criteria, considering it a talents search is an unsavoury development.

All viewers would agree that invitations are extended at the sole discretion of the Producer/Presenter/Musician of this program often at regular intervals, to some established artistes, thereby depriving those talented knocking at the door, the much-needed opportunity to break into the limelight unlike in the good old days of the ‘Mahagedera’. Hence, making this program a misnomer in its proclaimed desire.

Therefore, the passion for identifying new talents is woefully non-existent. In complete contrast a similar program comes on air “Dialog Ridma Rathriya” every Saturday where the opportunity is provided to the forgotten yesteryear artistes and the aspiring talents. Many had confessed that the TNL channel is the only channel who invites them. It is time the ITN followed suit.

The stubborn pursuance by the Producer/ Presenter/ Musician to continue with a process that doesn’t provide equal opportunities for everyone scrupulous to the aspiring talent is merely atrocious. Some senior artistes had confessed that only those who are beneficial to those related authorities are invited on a regular basis. It has proved some are forced to participate even after notifying they are sick owing to the insistence of the musician who has the monopoly.One established artiste confessed that she had appeared ten times while a veteran artiste added that he had been invited only once that too as a Tele drama  promotion in which he was acting in was telecast over ITN.

In effect, in “Chat N Music” of ITN it is just the recycling of existing talents who are already well established. Critics have lamented against this concept saying it is the same theme, same artistes and same songs. A typical example is that on the recent Chat N music programs of an established artiste, a winner of state sponsored reality show who was invited once again where she sang the identical song “Ma Eda” sung by her at a number of previous programs. This is ample testimony of the blunder of the “Mahagedera” ITN television channel in  inviting artistes constantly. In this manner many a talented aspirant talent is turned away under a dubious invitation selection criterion. The fervent suggestion of the writer is to commence an open formula in the invitation route, instead of the current prejudiced invitation process of the related authorities of the ITN.