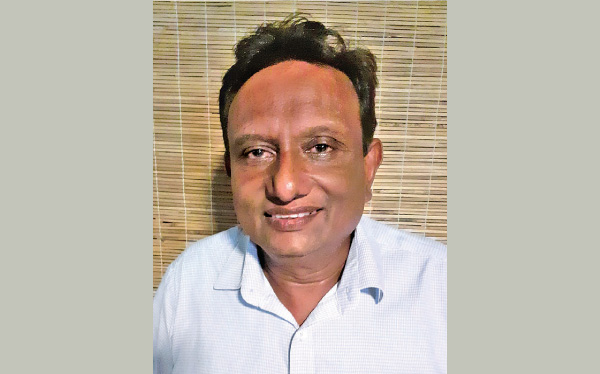 A person who never thought of becoming a top Rugby player in his career was none other than Kolitha Gunatilleke, who ultimately turned out to be one of the brilliant players from school level who graduated to International level with some sterling performances

Kolitha well known as ‘Koli’ in the sporting circles is the son of famous businessman Thomas Gunathilleke, who was in the Pharmaceutical business since 1935. He has one brother Ananda Gunathilleke another sportsman and four sisters. He was a great product of S.Thomas College, Mount Lavinia and continued his studies as a hosteller in the Miller House,

He enrolled as a student at S. Thomas in the year 1971 at junior school and his school’s career spanned up to 1981, where he completed his higher studies. He was very fond of engaging in Athletics at college and became a regular member of the 4×100 and 4×200 relay teams from the inception.

Thomians annexed the junior John Tarbet Shield in1976 held in Batticaloa in which he was a member. In 1978, when he was 16 years old, Quentin Israel, his Miller House master

in charge was the Rugger coach at college who spotted him and invited him to join rugby practices with the first XV team. Koli was clueless about the oval shaped ball game, even not aware of the basics of the game and informed his mentor in rugby Quentin Israel about it. But Quentin has encouraged and asked him to be present at practice where he picked up the

laws of the game within a month. Due to his build and body structure Quentin positioned him as a hooker in the Pack and made his debut under Shane Pinder as his first captain, and played in the centenary year schools league and knockout tournament in the same year. He then became a permanent member of the side and went on to represent them until March, 1981.

In 1978, the Centenary year they won the William Molegoda trophy with a 13-6 win over

Isipathana and went on to tour Thailand to play in Asian Schools Championship under Shane Pinder’s captaincy. He also played against Loughborough Grammar schools from England whom they beat 7-4 at Longden place. The year 1980 was an unforgettable year in his life where he was appointed as the captain of the first XV side and instrumental in guiding them to win the inaugural ‘Gratiaen Cup’ beating the star studded Isipathana College side in a close battle by 6-4 .

While being a school boy player, Gamini Fernando and his coach Quentin Israel motivated him to play for Havelocks where he made his club debut in 1980. He played in the Inter Club knock tournament which the Park Club won under Frank Huberts captaincy. He finally left school in early 1981 and continued his tenure as a player for Havies. Due to his belligerent performance he was called for National duty in 1980 when he toured for the Rugby Asiad to Taiwan followed by the Hong Kong Rugby sevens in March1981 as a player. He was rewarded for representing the National team, with a Shield by their College Warden in 1980. His team mates at College First XV team were Umesh and Viraj Idippilly brothers, M.W. Hafeel, David Thambapillai Anura Boteju, Christopher Jordash.

He enjoyed playing for his club and was imbibed with a rare skill as a hooker. He was able to clear the ball from the base to fly half which was a unique skill which amused several teams in the fray. He was a member of the Triple Champion team led by Angelo Wickremaratne in 1981 and went on to play in sevens tournaments held in January and November the same year.

He then played under Marco de Silva and Hisham Abdeen in 1982 and 1983 seasons. After a lapse of one year due to injury he rejoined the fray and toured with the Sri Lanka team in 1985 under Rohan Gunaratne’s leadership to Taiwan and Hong Kong In 1987, he was appointed as captain of Havelocks team. He led them to win the domestic sevens tournament and surged ahead to remain as runner-up in the R. Premadasa Trophy with Jeyer Rodriguesz as coach and Ana Saranapala as Chairman of Selectors. Same year he toured with the National team for Hong Kong sevens followed by the World Cup sevens tournament in Sydney.

He also toured Wales with the 15 a side National team to play four test matches in 1987, He was picked for the Rugby Asiad in Hong Kong in 1988 under Hisham Abdeen and also toured with the Colombo Wanderers to Dubai sevens where they lost in the cup final to a Wales side.

The team consisted of him, Hisham Abdeen, Chandrishan Perera, Priyantha Ekanayake Saman Kotalawala, Imthi Marikkar. He finally called it a day in 1989 after playing under Chaminda Rupasinghes captaincy.

After his retirement he was invited to serve as chairman selectors of Havelocks with Chaminda Rupesinghe in 1998. He was a representative for Colombo clubs at Sri Lanka Rugby and serves as vice patron of Havelocks at present. Malitha a banker by profession is his wife, Son Munsith a Thomian graduated from NSBM while Chadma his daughter is still schooling.