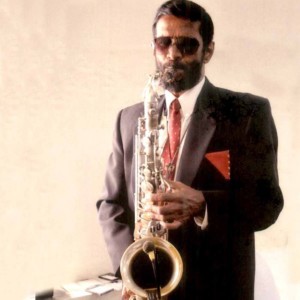 A native of Kotte ,student at Christian College though the second oldest school in the Island  had to compete with several veteran musicians with decades of experience who lived in Colombo .But had hurdled over these restraints  via sheer perseverance ,not before long to be on par.

Kumar had commenced his career on a chromatic harmonica, with his own little jazz band in 1958 when he got the opportunity for his first radio program with the chromatic harmonica , thereafter navigated into singing rock and roll refurbishing music in the country.

In the good old days with only Radio Ceylon in existence it was appallingly difficult to play live in a radio program , however the opportunity arose for Kumar in July 1958.

Jetliners, Cosmonauts, Red Dragons and Hellions etc. when new sounds emerged instantaneously when everybody in Colombo heard a new sound. On an invitation from Earl Arnolda, the manager of the band ‘Fireflies” Kumar had joined the group in year 1964, which drew fans as it was a guitar group with a Saxophone flavour where Kumar had excelled with music popular in the states playing in his own inimitable elegance. When Kumar started playing the guitar initially he made a name for himself as a rock and roll singer, appearing on Malcolm Andree’s stage shows.

Kumar was the first Saxophonist on the pop scene then ,thereafter other pop groups emulated in this trend. Kumar had modestly confessed that many commenced playing Saxophone thereafter for dance bands too. Kumar had joined ‘Spitfires’ before forming his own band in year 1967 excelling at the Galle Face hotel and reputed night clubs.All players were competent musicians some have now stormed the international arena such as  drummer Junior Weerasinghe and guitarist Raja Jalaldeen.

For Kumar music was a passion inherited from the family with western, oriental, and jazz music always heard with a ‘gramophone’ accessible in  house. To Kumar ‘Jazz’ takes pride of place  expressing himself as the medium about invention which only an expert exponent of Saxophone could deliver. There had been some foreigners at night clubs who had accused Kumar of ‘miming’ saying how could a Sri Lankan play Saxophone to such tall hieghts.Kumar had humbly added to them that there are enough Sri Lankans equal to self-performing in the international arena.

Music maestro R Muthusamy having identified Kumar’s saxophone talent had invited him for background music for films. One such film which was a ‘blockbuster’ was film “Allapu Gedra”.Also for background music of many songs , one that should be tinted is the song of HR Jothipala’s ‘Durakathanayakin”.

At the age of seventy nine years Kumar confesses he has lost a lot of family time having been away from home, faced a lot of physical exertion, particularly as the instrument is pretty heavy  which needs to be blown very powerfully from the lungs to produce a soothing tone. Kumar completes sixty two years of active performance with the Saxophone, unblemished record for any Sri Lankan musician. All music fans would wish him good health and longevity to continue his music in the same vein.