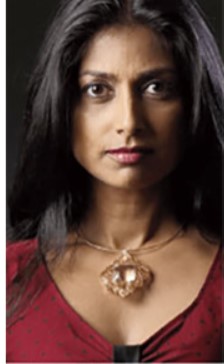 Harasgama, who won the Best Actress Award at the 2004 International Film Festival in Spain for her lead role in the Sinhalese movie ‘Ira Madiyama’ (August Sun), has now been nominated for the portrayal of Nurse Mari in series three of her ITV show The Good Karma Hospital.

The actress said she was honoured and humbled to be nominated among some incredible performers in the category.

The Good Karma Hospital is a medical drama series produced by Tiger Aspect Productions for ITV about a disillusioned doctor, Ruby Walker, who heads for South India hoping to make a fresh start.

Harasgama made her screen debut playing a supporting role in the English movie ‘Mother Teresa’ in 1997.

Born in Colombo to a Sinhalese father and a Tamil mother, Harasgama moved to the UK with her family when she was five.

In 2012 she appeared in her first Tamil-speaking role in a short film, ‘Enakkum Oru Per’ (I Too Have a Name), for which the actress was nominated for the Golden Bear for best short film at the Berlin International Film Festival in Germany.