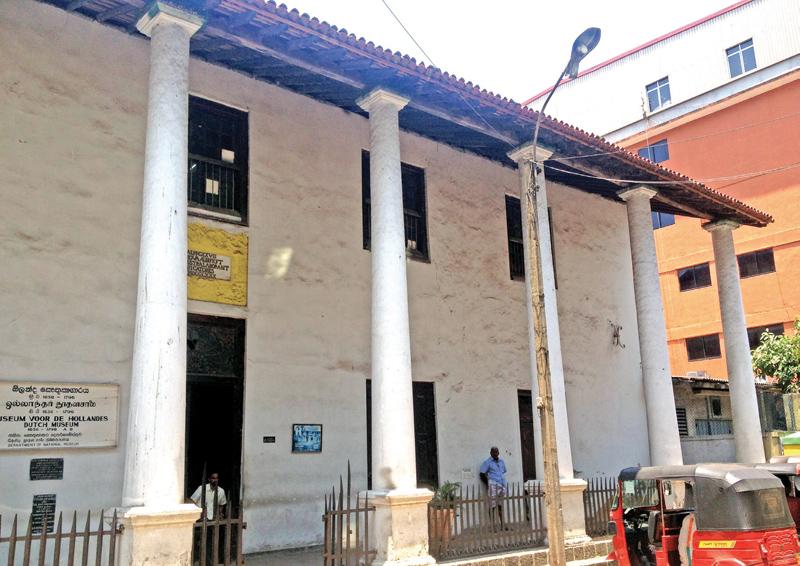 A museum can be described as a mirror of the historical, cultural and biological heritage of a country as well as a place where the pride of a country is stored. 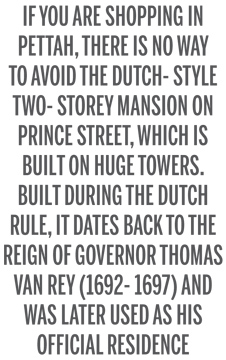 A museum renders a great service by educating the people about their past heritage and awakening the people’s feelings about the country. This article is about a few museums in the island that must be visited by anyone exploring the history of Sri Lanka.

If you are shopping in Pettah, there is no way to avoid the Dutch- style two- storey mansion on Prince Street, which is built on huge towers. Built during the Dutch rule, it dates back to the reign of Governor Thomas Van Rey (1692- 1697) and was later used as his official residence. It is considered to be the oldest two storey building currently completed in the city of Colombo according to Dutch architecture.

The Dutch Museum, with its lovely courtyard, long porches, and wooden staircase, was sold to the Dutch East India Company after the reign of Governor Thomas, and was used as an orphanage until the end of Dutch rule.

Used as an Army Hospital, a Police Training School, an Armoury and finally the Pettah Post Office during British rule, it was established as a museum by the National Museum Department in 1982.

The museum displays Dutch furniture, coins, beer linen, Dutch lettering, tableware, various Protestant symbols and about 3,000 antiques of the Dutch period, some of which were brought from the Colombo National Museum. 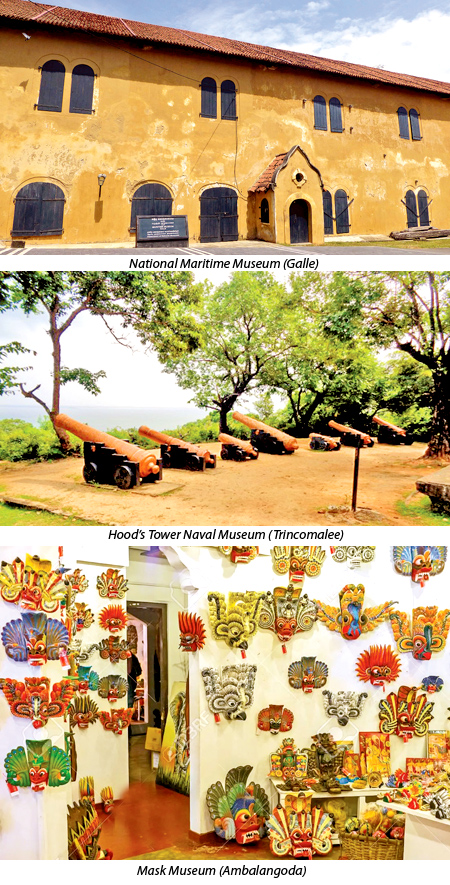 Located on the Southern coast of Sri Lanka, The Maritime Museum in Galle educates the public on marine biology and anthropology. It is located near the entrance to the Galle Fort. The Dutch building which is said to have been built in 1671, was designed by the National Museums Department as a Maritime Museum and opened to the public on 9 May, 1992.

However, the 2004 tsunami destroyed the Maritime Museum and all its artefacts. The Museum, which was reconstructed over three years with the financial assistance of Rs. 121 million provided by the Government of the Netherlands under the Sri Lanka-Netherlands Cultural Cooperation Program, reopened to the public on 4 March, 2010.

The first compartment of the Maritime Museum displays the vessels used for maritime trade and passenger transport in southern Sri Lanka, as well as the traditional lifestyles and strategies of the fishing community.

The second compartment is completely dedicated to marine ecosystems and their flora and fauna. A giant whale skeleton can also be seen here, along with coral reef specimens and shells.

Established in the year 1987, the Mask Museum aims to show the world the uniqueness of the Ambalangoda Mask Tradition and its cultural heritage.

Ariyapala De Silva Wijesuriya, a traditional mask artist, has taken the initiative in this regard. A mask workshop has also been established with the museum where a collection of books written on the mask art of Sri Lanka can also be seen.

Although not all the masks found in Sri Lanka are on display here. The masks displayed here were used for the Kolam Maduwa and Sanny Yakuma in Batapola and Ambalangoda in 1985 and 1986 respectively.

The Hoods Tower Naval Museum is in the Sri Lanka Navy Dockyard at the entrance to the harbour in Trincomalee and is one of the must-see destinations where one would be reminded of the glorious history of naval power across the Indian Ocean.

The Naval Museum is named after the observation tower named after Admiral Sir Samuel Hood, who served as the Commanding Officer of the nearby East India Service.

Here one can see the history of the Sri Lanka Navy from the beginning. The largest gun barracks and underground ammunition found in the museum grounds were built by the British around 1920.

With a range of about 4 km, these guns have been used to destroy enemy ships approaching Trincomalee, some of which are still being operated by the Sri Lanka Navy.

The Museum, established by the Sri Lanka Navy in the 1990s, includes weapons used during World War II as well as several belongings of the LTTE organisation, weapons and an all-terrain vehicle (ATV) used by Charles Anthony.