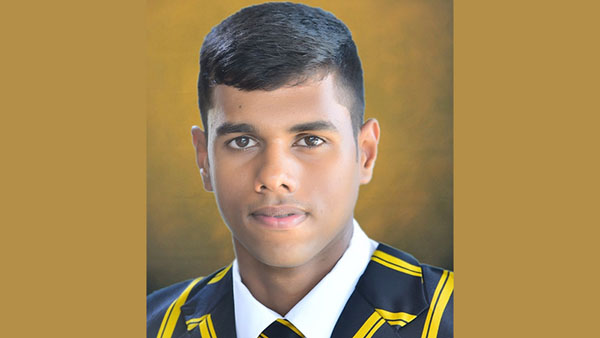 School boy Navod Paranavithana from Mahinda College Galle was picked to the squad of Colombo Kings as ‘Supplementary Local’ under the captaincy of Angelo Mathews in the inaugural Lanka Premier League T20 (LPL) tournament which is to be commenced in November at Hambantota. Navod Paranavithana was the youngest player in the upcoming Lanka Premier League (LPL) T20 tournament.

Navod, the skipper and left hand opener of Mahinda College Galle and Sri Lanka Youth cap made a new batting record in the schools cricket history in the last season of the Under 19 Division One inter Schools Cricket (Two day) tournament conducted by Sri Lanka Schools Cricket Association.

Left hand aggressive batsman Navod was the first school boy cricketer to pass 400 runs in an innings in the schools cricket history of Sri Lanka. He scored a mammoth 409 runs in 327 balls with 39 boundaries and 19 sixes against Dharmasoka College, Ambalangoda at home ground. His team made colossal 679 total and created a new record in the schools cricket. END_OF_DOCUMENT_TOKEN_TO_BE_REPLACED