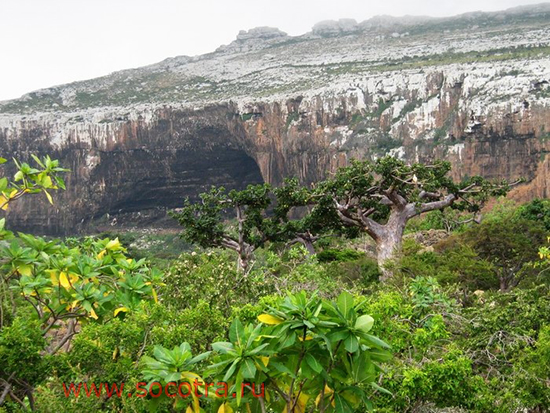 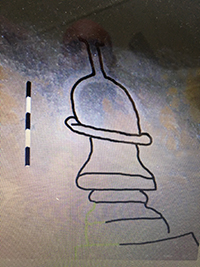 In the year 2000 a group of Belgian speleologist (Speleology is the study of caves) visited a large cave on Socotra known by the locals as Hoq and made a series of remarkable discoveries. The cave itself is on the northern coast of the island facing out to sea and not only has a wide opening but is more than two kilometer deep and in parts 35 meters high. On the walls of the passage leading to the back of the cave, the cavers discovered to their astonishment a large number of very ancient drawings, inscriptions and graffiti. Careful study of this material since then has shown that the majority of these were made by ancient Indian merchants travelling to and from the Red Sea and beyond. It has long been known that in ancient times merchants travelling from Indian ports such as Sopara, Kalyana and Chaul to the Middle East and further on to Egypt and even sometimes to Rome, passed by and often stopped at Socotra but this is the earliest material evidence of such travelers. END_OF_DOCUMENT_TOKEN_TO_BE_REPLACED